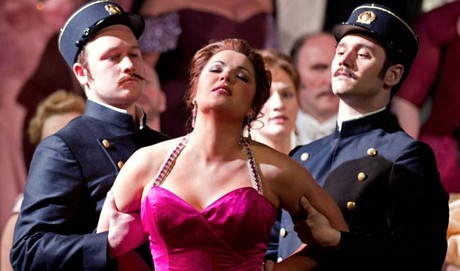 Set high on sheer, plain walls is the toy-sized streetscape of 1880s Paris we see at curtain’s rise. A mountain of luggage signifies the arrival of the coach as wide-eyed teen Manon enters, the Belle Époque world of the slightly updated setting suiting her love of pleasure perfectly. With “Je suis encore tout étourdie” and “Voyons, Manon” we are completely under Netrebko’s spell, making des Grieux’s instant attraction all the more understandable.

Settled in their high, tiny garrett, Netrebko already shows development in the newly 16 year old Manon with “Adieu, notre petite table.” Beczala’s rendition of “En fermant les yeux” is as dreamy and entrancing as one could ever hope to hear, making his abduction, following Manon’s selfish choice, more tragic.

Act three sees a crowd of men in top hat and morning coats, and women all in white. Just as all are admiring a set of beauties in pale pastels, Manon enters and attracts the attention of all. A cross between Hanna Glavari and Eliza Doolittle at Ascot, she is a vision in pale marshmallow pink in one of Pelly’s most extravagant costumes of the evening. A ballet troupe are, unfortunately, lost in the complicated set of ramps that make up the set for this outdoor scene. 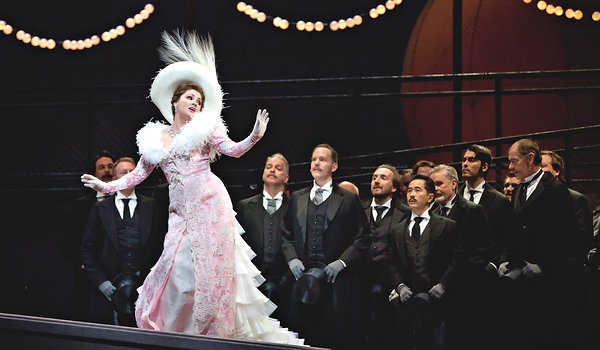 Manon’s increased assurance is demonstrated as she leads the men in “Obéissons quand lear void appelle” before we cross to des Grieux, now a chaplain at St Sulpice. Beczala outdoes himself again with “Ah! Fuyez, douce image” before the lovers reunite, to the delight of all.

Completing the star power of the night is Brazilian baritone Paulo Szot, as Lescaut, whose wonderfully rich voice and magnetic charisma easily fill the cavernous Met. The stars align for a particularly strong sequence in act four with just Netrebko, Beczala and Szot on stage together and the sparks really fly.

Christophe Mortagne, as Guillot, adds some comic colour with his fanciful body language.

The sumptuous quality of Netrebko’s divine soprano is matched by the quality of her acting as she takes Manon on an involving journey from innocent youth to woman of means to destitute prisoner.

As an ardent fan of Beczala already, having enjoyed his Rodolfo and his Duke live and his Edgar on film, I must admit to be really blown away by the quality of his work in Manon. If Kaufmann is the top serious German tenor and Florez is the top Bel Canto tenor then Beczala must surely be the top romantic tenor. He will no doubt be in high demand as a leading man even more after this stunning performance. 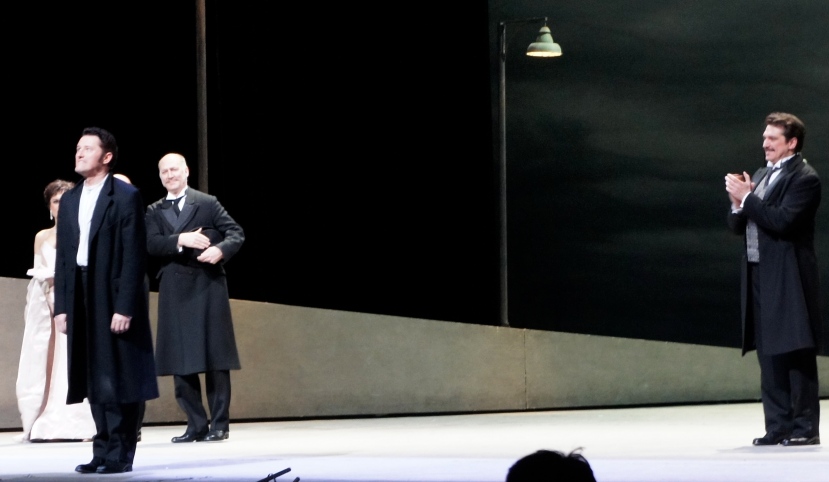 While the simplicity of the settings, by Chantal Thomas, allow the music to shine, they are definitely on the simple side given the scale of production. There is certainly not a fraction of the wit and flair that characterized the same team’s delightful work with the settings in La Fille du Régiment. Did they really have fluorescent tube lights in the 1880s?

And that was the review of Manon Lescaut. 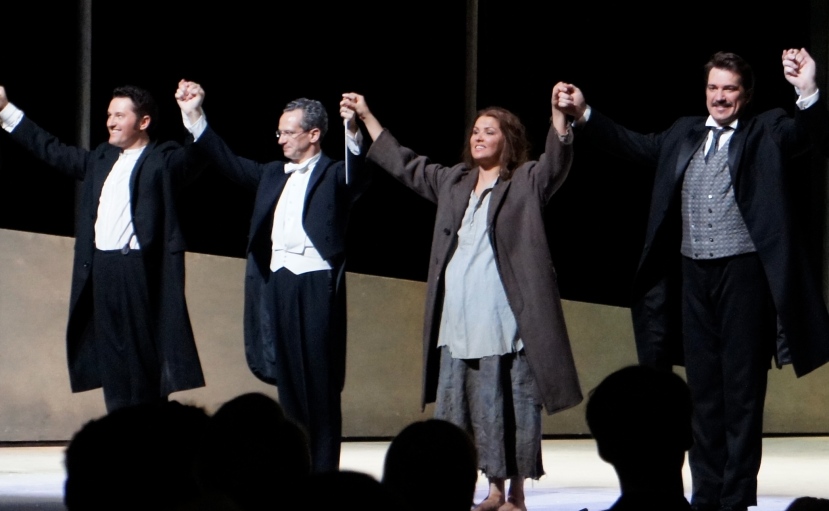 Manon plays at the Metropolitan Opera House, NY until 23 April 2012.