I remember when growing up, before the era of mega musicals Cats, Phantom and Les Miz, a standard question to someone returning from London was “Did you see The Mousetrap?” To have the play on stage locally is like having Big Ben or The Tower of London on display in Flinders St. It is practically in the league of the National Gallery of Victoria’s highly popular Melbourne Winter Masterpieces. In theatre terms, sixty years may as well be centuries.

While there must be some temptation, as is the common practice with operas, to present a radical, high-concept re-staging, this Australian tour has thankfully presented the show in its original setting and style. The production, however, is not a direct import from the West End but rather a new production with original designs and direction. 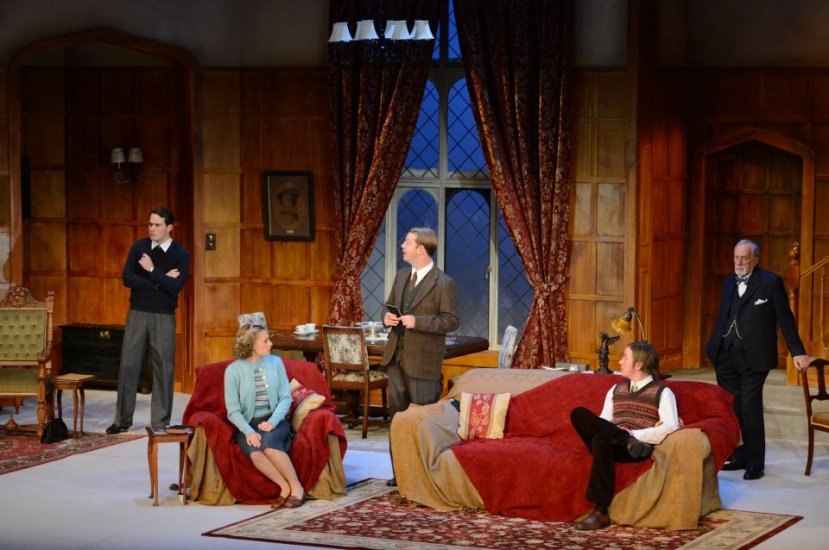 Linda Bewick’s wonderfully grand but cozy wood-paneled set is as much a character in the show as any of the quirky set of murder suspects/victims. The size of Monkswell Manor is clearly suggested as guests explore the newly established boarding house. Costume and hair design, by Suzy Strout, is thoroughly charming, capturing the sensible post war period by avoiding any unnecessary ostentation.

The ultimate ending, of course, is discovering whodunit, but there are other various twists and turns along the way that should also not be revealed before viewing. It is sufficient to say that when eight increasingly tense people are trapped in snowbound lodge shortly after a gruesome local murder, a mystery unfolds that involves as much detective work from the audience as it does on the stage.

The string of coincidences that unfolds may only be plausible to Agatha Christie devotees, but the bygone manners and leisurely pace of the day hold sufficient attraction to maintain audience attention. It is also interesting to hear the thinly veiled swipes Christie takes at the conceits of the very genre in which she had earned her fame.

The benefit of Australian tours such as this compared to long overseas runs is the caliber of cast assembled. While none of the names assembled may light up a marquee, each actor distinctly inhabits their character. Gary Young’s direction makes excellent use of the large stage area and maintains pace and energy to counter some of the flatter parts of the script. Ensemble work is strong, projection is crisp and clear and English accents are honed to perfection. 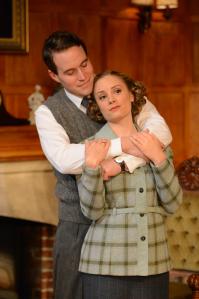 The standout performance comes from Christy Sullivan as optimistic newlywed Molly Ranston. Sullivan has a gorgeous period tone to her voice and appearance, easily garnering audience affection by adding layers of vulnerability to her plucky character.

Gus Murray is every bit as handsome as the type of young male characters that frequent Christie’s novels. Murray is particularly effective at portraying the love behind Giles Ranston’s protective defence of his wife. Travis Cotton is amusing early on as the unusual young man Christopher Wren, his odd mannerisms gaining plenty of laughs. Justin Smith lifts the energy from his entrance as Detective-Sergeant Trotter, commanding the stage as he grills the shady group of suspects.

Jacinta John is attractively exotic as the androgynous Miss Casewell. Nicholas Hope is strong without being bombastic as Major Metcalf. Robert Alexander gives a spry performance as the mysterious European Mr Paravicini. Linda Cropper has the brittle tone of judgmental Mrs Boyle, although her physique and appearance are too modern for the type of woman being portrayed.

Following Melbourne, the tour of The Mousetrap continues to Adelaide and Wellington.

This review was published on Theatre People 2/9/2012