Magnormos has dared to dream a big dream in transferring 2011 fringe smash hit Flowerchildren to a city stage, and Melbourne’s theatrical landscape is all the richer for it.

Eschewing the bubble gum fizz of a regular jukebox musical, Peter Fitzpatrick’s book is a scathing look at the bitter price of ego and overindulgence. Given that the vanity, meanness and excessive lifestyle of the central four initially creates a bit of a barrier between audience and show, it is a masterstroke of the writing, direction and performances that the characters are ultimately seen as human, fragile and vulnerable.

The integration of the music of The Mamas and The Papas into their story is entirely natural and organic, illuminating and magnifying themes and meaning in the lyrics. The concept of each of four band members narrating a quarter of their story has been used before, but this device is far from heavy handed, and culminates in an epilogue from the last surviving member that is incredibly moving. To say that this show deserves to be seen and heard in the USA is a massive understatement.

And that music. As arranged by Aaron Joyner, who also serves as director and executive producer, and conducted by Sophie Thomas, the music is nothing short of extraordinary, enveloping the audience in pure pleasure. Mamma Mia! may have had the input of ABBA’s Benny and Bjorn, but the music of Flowerchildren is of equal or greater quality. Dramatically compelling as the book scenes are, the audience waits with bated breath for the songs, each more glorious than the last. So beautifully produced is the sound that should we not be able to see and hear the live production of the music, one could swear the sound was manufactured in the most pristine of recording studios.

Virtually unrecognisable as Papa John, Matt Hetherington immerses himself in the role, suppressing the irrepressible twinkle that usually characterises his stage outings. Hetherington captures the lust and confusion of a prodigious talent who is allowed to have almost everything he desires. 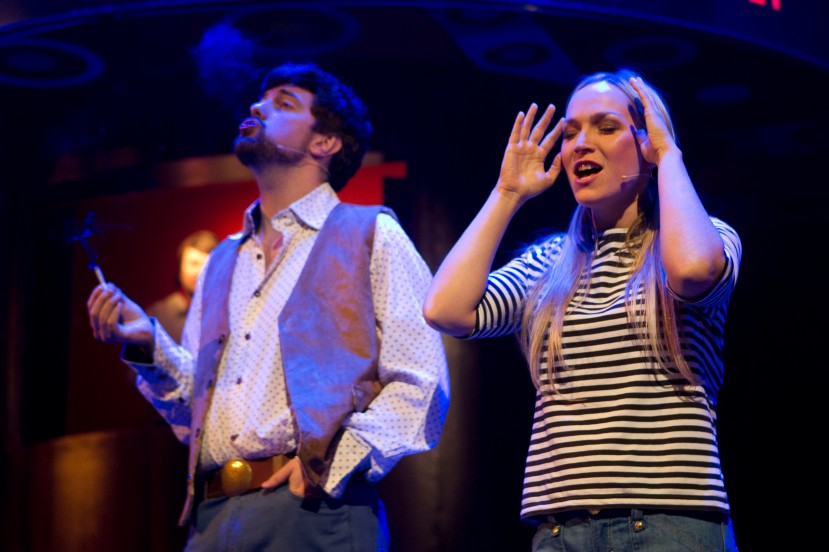 Dan Humphris reprises his nuanced turn as Papa Denny, effectively portraying Denny’s alcohol-mellowed outlook. The brief snatch of Humphris singing  “San Francisco (Be Sure To Wear Some Flowers)” is so beautiful that one is left desperately wishing to hear more. 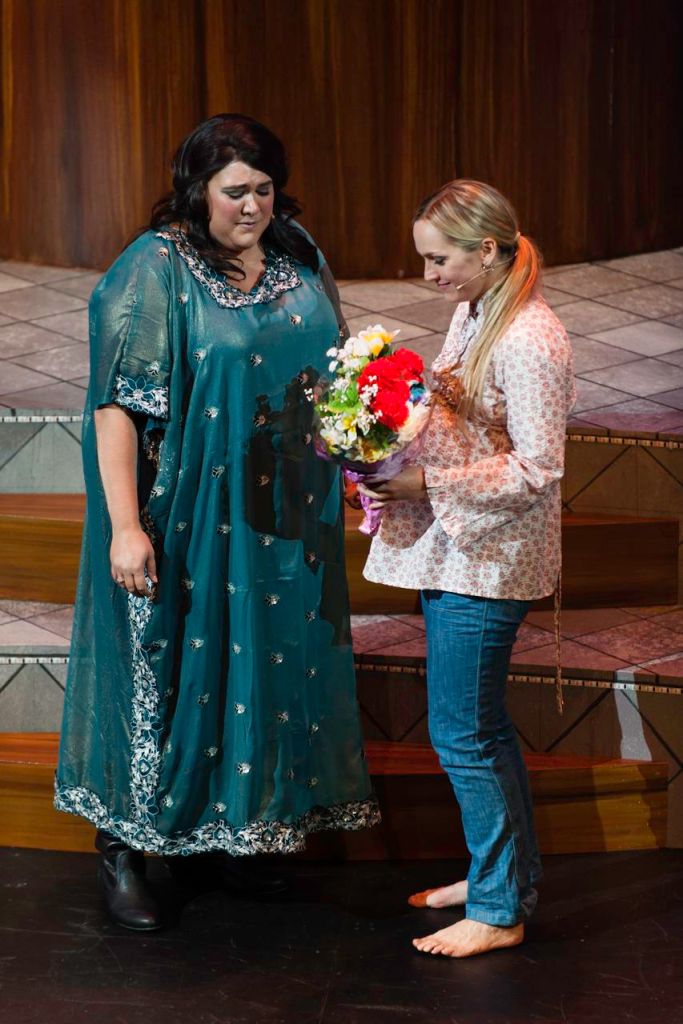 Casey Donovan is in superb powerhouse form as big-hearted singer Mama Cass. Bearing an uncanny resemblance to the ill-fated artist, Donovan is the first to garner our affection as she commences narration of the show. Donovan’s singing is absolutely superb, and her acting is just as strong, from her terrific American accent to her constant acting throughout all the songs and background scenes. Donovan’s performance is pure joy, and is a major attraction of the piece.

Finally, there is the redoubtable Laura Fitzpatrick as Mama Michelle. Is there a theatrical artist who could portray the slim, young, blonde Michelle, sing these numbers with such beauty and also deliver the final monologue with such moving power as Fitzpatrick1? Seemingly growing younger with each passing year, Fitzpatrick effortlessly conveys the ever-youthful verve of Michelle Phillips, and sings her numbers, particularly “Dedicated To The One I Love,” with gorgeous colour and appeal.

Designer Christina Logan-Bell has successfully expanded the design from Theatreworks to the stage of the Comedy. Logan-Bell’s costumes are another character in the show, with Mama Cass’ muumuus an absolute highlight. Marcello Lo Ricco has created an immersive sound design that transports audiences back to the age of flower power.

Much as one can only hope that the show travels to other Australian states (before hitting the United States), the real dream at this point would be a cast recording.

1OK perhaps Broadway’s Kelli O’Hara could possibly be up to the role, but anyone else?