Adam Guettel may be teaching a masterclass with students tomorrow, but this evening he gave one all on his own. Simply attired in sweater and jeans, Guettel had the crowd of music theatre aficionados enthralled as he ably demonstrated that high production values and gimmicks are beside the point when real talent is in such overflowing abundance. 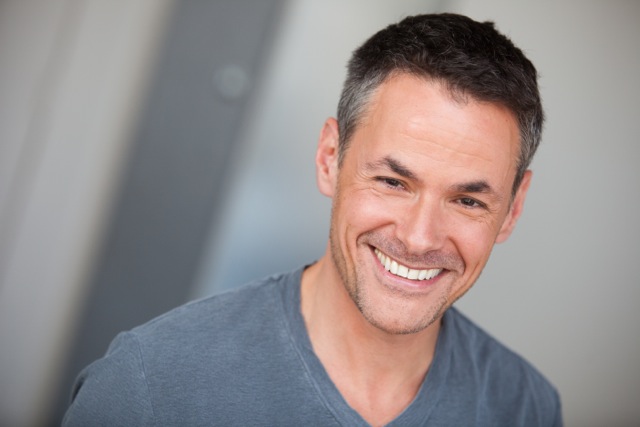 Introducing his music, both new and old, and telling self-deprecating stories, Guettel had the crowd in is palm as he guided us on an all too brief journey through his musical compositions. Melbourne is host to the cream of Broadway all too rarely, so the chance to hear a brilliant composer sing his own music live is quite a thrill. Given the personal, intimate nature of the songs, the expression and passion Guettel brings to them illuminates raw longing, pain and hope above what can be heard on a cast recording.

Supporting Guettel in concert were Music Director Kim Grigsby and vocalist Haley Bond. Grigsby displayed a delightfully light touch on the grand piano, working in perfect synergy with Guettel’s expressive delivery. Bond’s pure, sweet voice made a beautiful contrast to Guettel’s earthier tones. The trio clearly enjoy a close working relationship, and their evident joy in performing this music with each other was infectious. 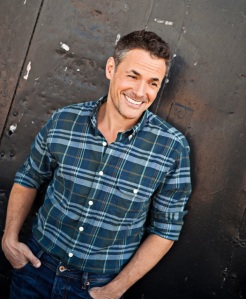 Bookending the evening with a couple of beautiful selections from Myths and Hymns, Guettel spent a section of the concert of his two well known shows, as well as introducing songs from three new projects. Clever sound design aided his reproduction of the echo effect in two songs from Floyd Collins, with “How Glory Goes” being a popular selection as the penultimate song of the night. Guettel accompanied Bond on guitar as she sang Nellie Collins’ “Through the Mountain.”

Guettel won a Tony for his sumptuously romantic score for The Light in the Piazza (and shared the Tony for Best Orchestrations). He explained the idea behind the music was to compare and contrast the joy and hope of young love with the pain and regret of the older generation. This was clearly demonstrated by Guettel’s rendition of “Dividing Day,” in which Margaret Johnson wonders when the love in her marriage ended, followed by “Say it Somehow,” in which Bond joined him for the passionate duet between Fabrizio and Clara. Guettel replicated Fabrizio’s Italian accent for “Love To Me,” the final song from this bracket which left us all wanting more. 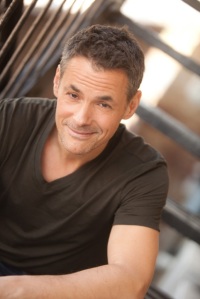 Guettel described new musicals he has been working on, including Days of Wine and Roses, which sounds potentially as beautiful as Piazza, and The Invisible Man. In speaking of his new musical Millions, based on Danny Boyle’s 2004 film, Guettel’s description of his preference for writing about hope and goodness brought to mind the spirit of Oscar Hammerstein II, longtime collaborator with Guettel’s legendary grandfather Richard Rodgers.

Millions was presented in a workshop, helmed by Piazza director Bartlett Sher in New York in February of this year. The story centres on two young brothers who must try to decide what to do with a large sum of money. Based on the songs presented, particularly “St. Who” about the boys’ deceased mother Maureen, the new musical is to be eagerly anticipated.

Adam Guettel appears in concert again Sunday 30 June 2013 at Chapel off Chapel as part of the Melbourne Cabaret Festival.