Brilliantly re-orchestrated for a new millennium, Godspell thrilled new and old audiences alike last night in a well-rehearsed, creative, upbeat presentation. The honour of having composer Stephen Schwartz in the house also added an extra layer of excitement to proceedings. 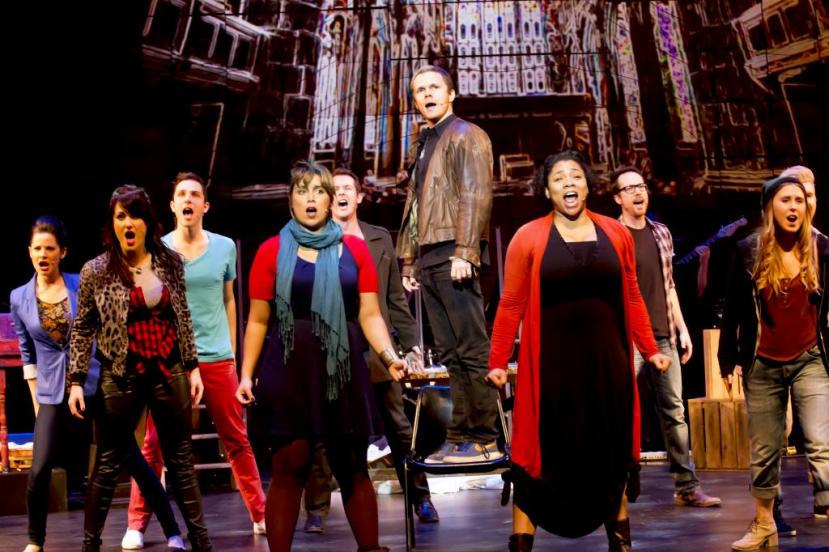 Michael Holland’s new vocal and musical orchestrations for the 2011 Broadway revival allowed the forty-year-old musical to be heard as if for the first time, with arrangements making the songs sound like they were written today. Having this new version was a major coup for this concert staging, and played a large role in generating the level of excitement that left audience members talking about how terrific it would be for this show to have a longer run. A more atmospheric venue than the pristine Melbourne Recital Centre would be needed, but the show certainly resonated strongly with the crowd on Monday night.

Set in the near future, the concept of director Aaron Joyner was of disillusioned people seeking solace, refuge and togetherness in an abandoned church. Wonderful though the songs are, the book of Godspell can tend to drag, especially to those raised on the endless New Testament stories told throughout the show. Having the bible and its stories already established in this modern setting means that the ensemble can all join in with presenting the stories in rapid succession. Taking a cue from the revival, a wide array of presentations were used to vary the stories. Devices such as tabloid tv, rap, charades, mime and narration created a fun Theatre Sports-like atmosphere, which meant the parables seemed to flow organically from the characters. 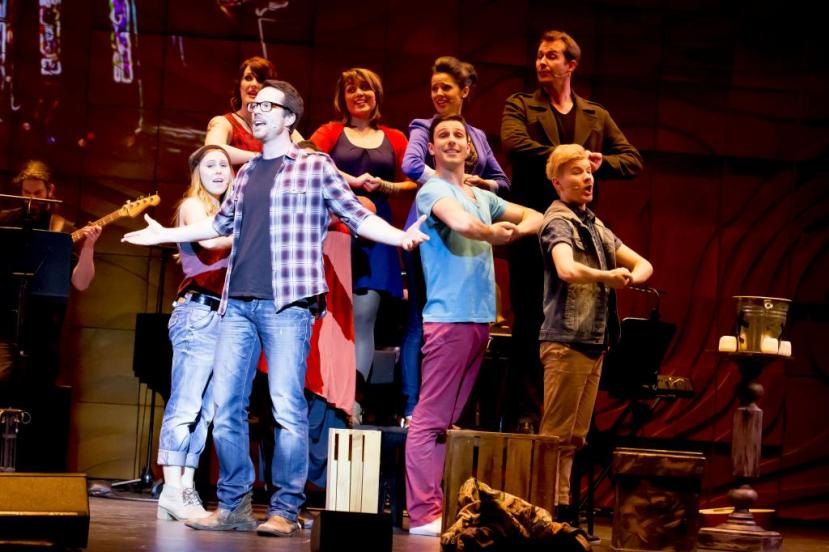 The use of tweets at the beginning and end was inspired, especially the use of #Prepare_Ye, which had been used to promote the show. Further modern references, such as Miley Cyrus, Tony Abbott and Gina Rinehart, came thick and fast, but dropped right back in the second act as the mood took a turn for the more serious.

For a show that presumably had a relatively short rehearsal period, the company were extremely tight, energetically bouncing off each other and reading each other’s cues with ease. The fact that the performers are generally not well known added to the Everyman vibe of the concept as the ensemble came together, relinquishing their mobile phones to listen to the word of Jesus in an old church. The cast of ten were on stage for the entire evening and their energy and focus never flagged for a moment. 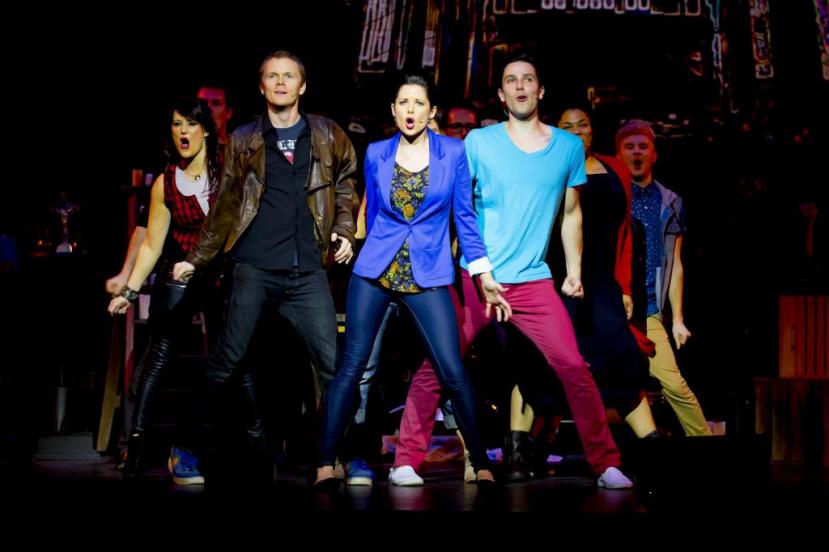 A pleasing technical note about this performance was the solid sound design. The venue is not made for amplified sound and, in particular, for voices to travel clearly, but in this case the sound was loud and clear and generally well mixed. With the cast in modern dress, and simple use of projections and props, there was not much at all missing from a fully staged production of Godspell.

Music Director Sophie Thomas, on keyboard, led a further five musicians on guitar and drums in a rocking rendition of the score. Harmonies from the cast were superb.

Jessica Enes’ choreography was well chosen and uncluttered, supporting the spirit and impulse of the numbers, and achieving an improvised feel that perfectly matched the script and the direction. The competing boy band moves of “All for the Best” were a highlight of act one, not just because of the perky fun of the moves but also because this company number saw a raise in momentum after the dialogue-heavy opening sequences. “We Beseech Thee” was another high point, as cast members each took on a beat and associated action to create an impromptu band.

Cameron MacDonald was a gently charismatic, sincere Jesus, drawing the audience to his performance with a focused but understated manner. In beautiful voice, McDonald’s performance of soaring ballad “Beautiful City” was a gorgeous vocal highlight of the evening. The audience’s empathy for and involvement with MacDonald’s Jesus resulted in a moving finale as the modern day messiah was betrayed and put to death by unseen forces.

Matthew Hamilton avoided all trappings of superficial villainy as tormented betrayer Judas. Joyner’s clever direction had Hamilton more and more marginalized as miserable, treacherous thoughts consumed Judas. Hamilton was part of an emotional performance of “On The Willows.” 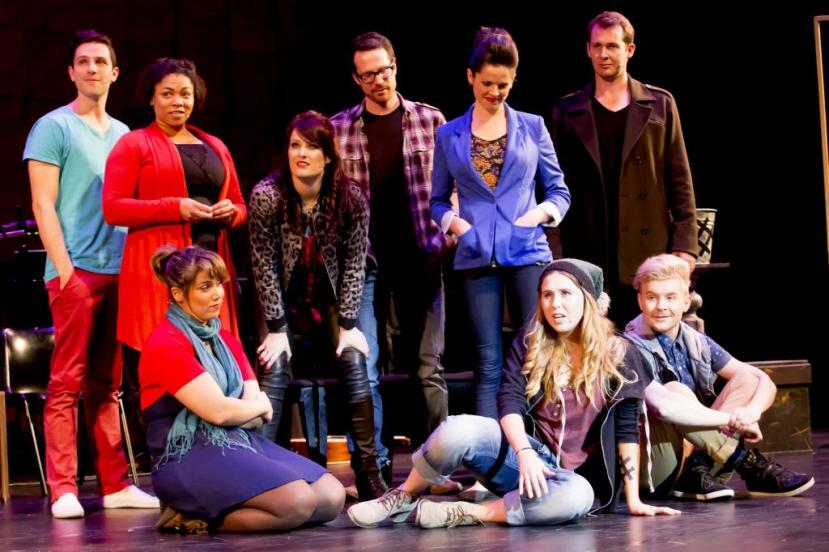 Magnormos’ upcoming presentations of Pippin and Children of Eden, as part of their continuing Stephen Schwartz Triptych, are highly anticipated.