The Songs of James Bond review

The perfect idea for a show, The Songs of James Bond features a tremendous orchestra, strong singers and plenty of eye-catching graphic projections. The missing ingredient, however, is a director with theatrical flair to give the performance the polish, variety and extra interest it needs. 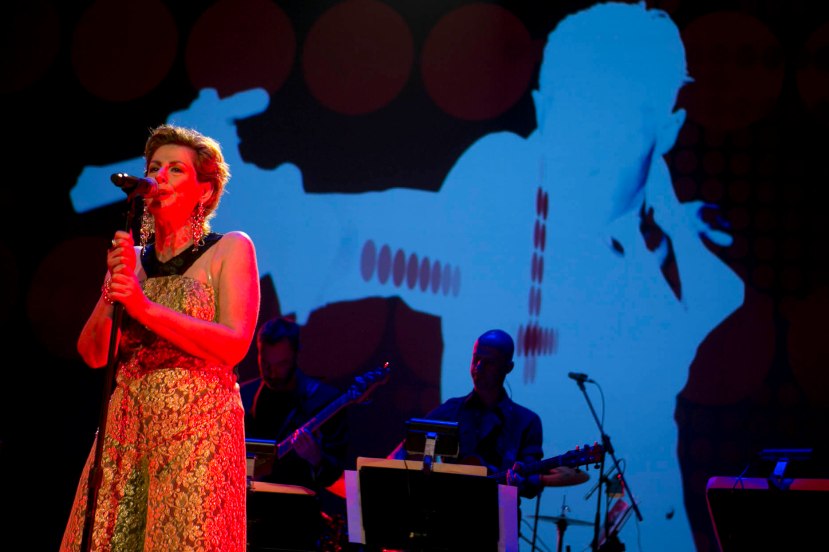 The James Bond catalogue of songs is like a history of the past 50 years of popular music. The greatest composers and artists across the decades are featured. From Shirley Bassey to Duran Duran to Adele, from Marvin Hamlisch to Paul McCartney to Sheryl Crow, Bond producers have captured the zeitgeist at the time of each movie by commissioning songs that have become chart toppers, Oscar winners and popular standards.

A key focus for the production has clearly been the music and this has paid off handsomely. John McAll’s arrangements are quite thrilling, bringing a modern touch to some of the more dated songs and making full use of the fourteen-piece Spectre Orchestra. In a nod to the talent and status of the musicians, the producers have included headshots and biographies for each member of the orchestra in the program; in my eight years of reviewing this is something that has not been seen.

Under the musical direction of Colin Snape, the orchestra sounds terrific, with blaring brass a frequent highlight. The presence of bass, guitar and drums adds flexibility for the spectrum of songs above what could be achieved by a traditional orchestra. Sound design is clear and strong, with volume sometimes reaching rock concert level but without any distortion. The orchestra really hits it strides with sensational act two opener “On Her Majesty’s Secret Service.” 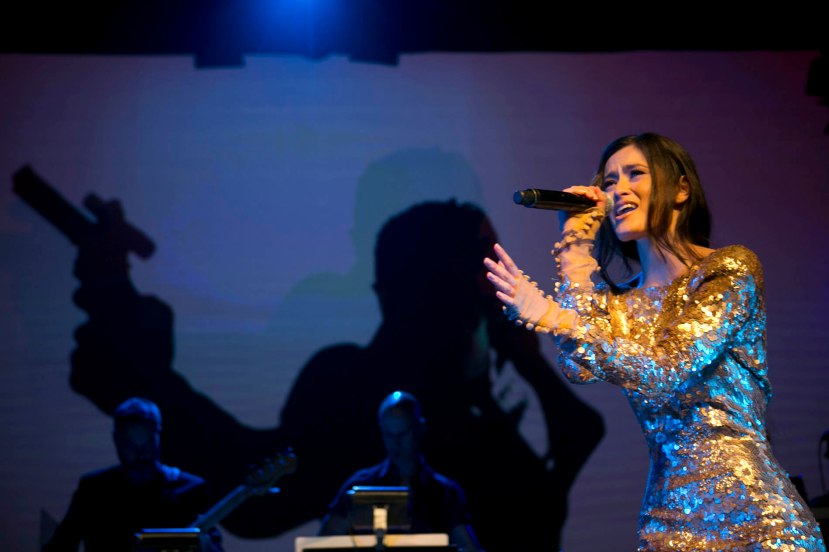 Inspired by the dazzling opening credits sequences of the Bond movies, Georgie Pinn has created impressive full screen rear projections to go with most of the songs. These striking images greatly enhance the visual appeal, and are missed during the songs without them.

Apart from these animated visuals, the show is not fully realised in terms of theatrical staging. The program contains interesting notes on every song, and this sort of information is needed either on the screen or as introductions by the performers. Brief spoken introductions putting the songs in context, or personal comments on the performers’ memories of the Bond films, would have assisted in creating a much-needed connection between cast and audience. In the absence of a linking narrative, the progression of songs has a random, unfocused feel. The potential is there to make this concert a more fully rounded show that has the feel of a grander event. 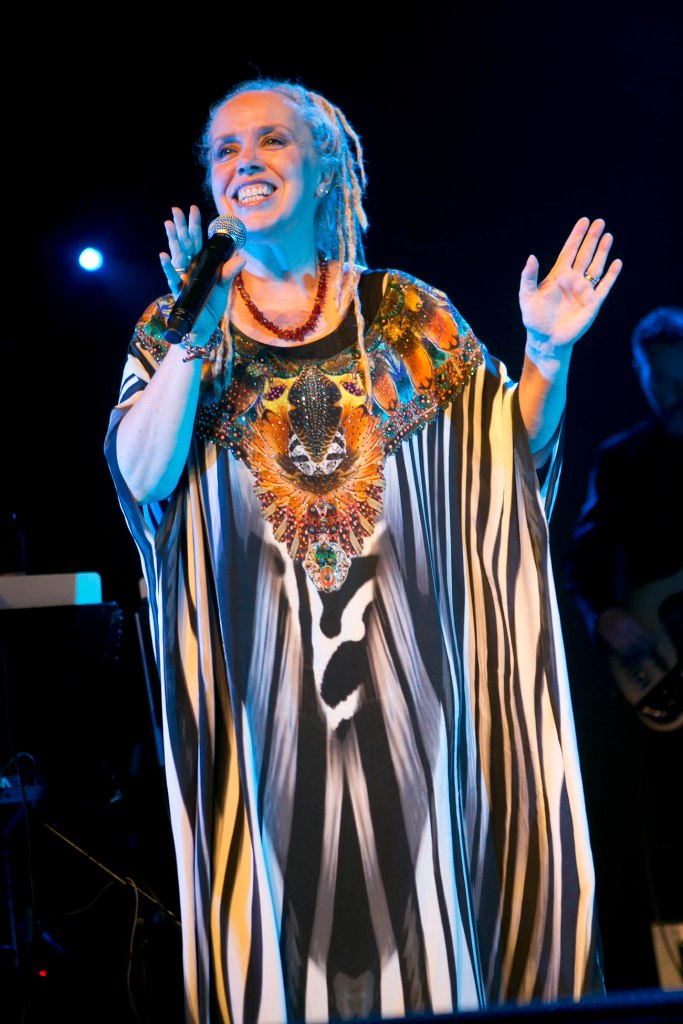 The classic songs of James Bond are very well served by the interesting mix of talented singers chosen for the cast. Each has a distinctive style but if they have one aspect in common it is the ability to project great power and strength in their vocals.

Music theatre legend Maria Mercedes brings her unique gift to sell a song, inflecting the lyrics with nuanced levels of meaning and spirit. Mercedes shines in the Shirley Bassey hit “Diamonds are Forever,” her voice also soaring beautifully through 1981’s haunting theme “For Your Eyes Only.” Also of note is Mercedes’ decadent couture, fashioned by Aleem Yusuf and Vicki Topalis. 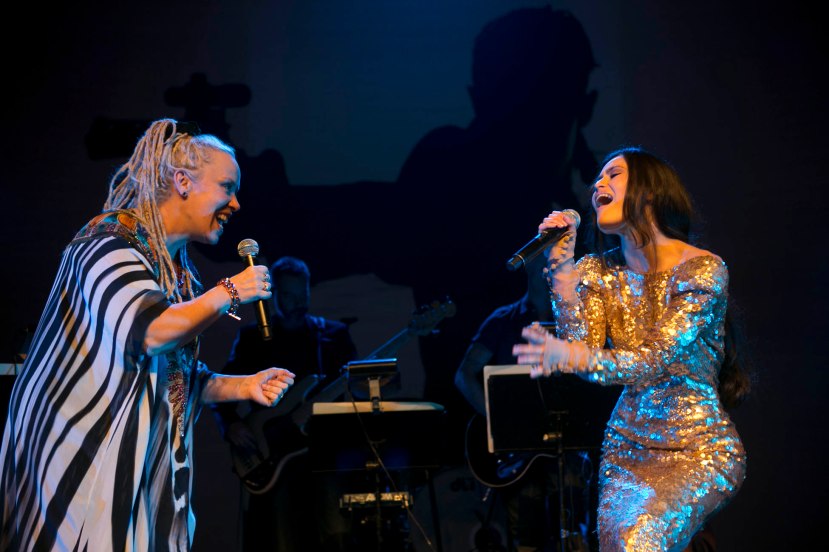 Relative newcomer Kiyomi Vella starts off a little softly with “You Only Love Twice” before showing her true capabilities with act one closer, and newest Bond hit, “Skyfall.” Vella is joined by John Clark on Cajon for an expressive rendition of  “From Russia with Love.” Sparks fly in the only duet of the night when Vella and Ahern come together for “Another Way To Die.” More connections like this between the cast would have been most welcome. 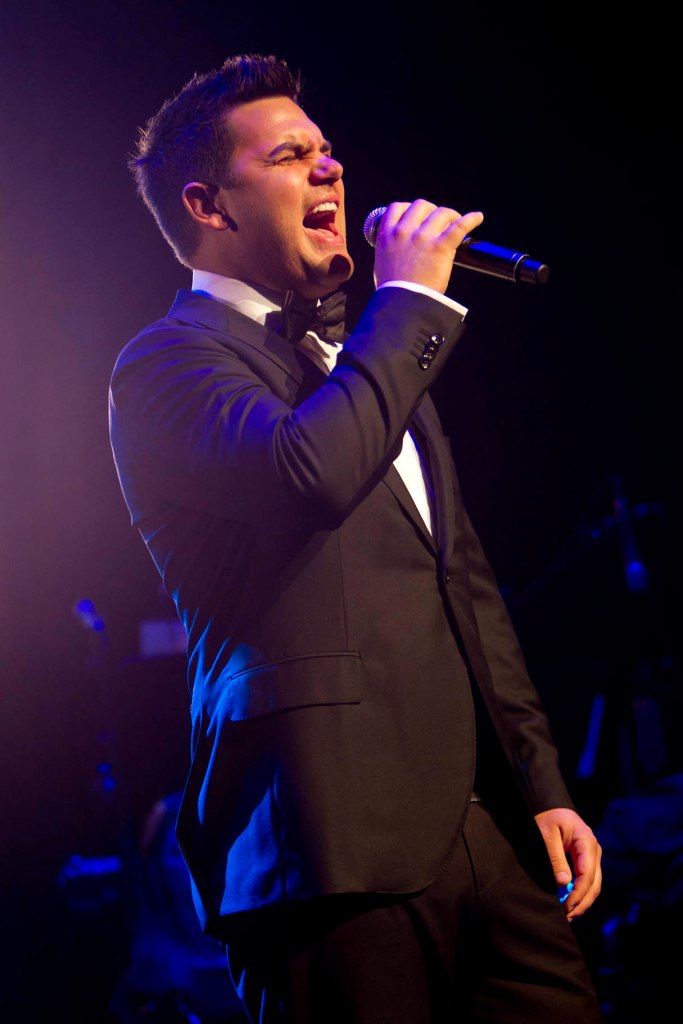 After a somewhat awkward set of bows, the full cast came together, for the first time of the night, for the epic 1973 thriller “Live and Let Die,” a rousing finale that showcased the full strength of the orchestra and singers.

The Songs of James Bond plays again today at 2pm and 8pm at Athenaeum Theatre, Melbourne.