The Sound of Music Live! review

The airwaves were alive with The Sound of Music last night as US network NBC premiered their eagerly anticipated holiday special that they, along with theatre fans around the word, hope will become an annual event. With lead performers coming from country music, television and Broadway royalty, the cast list was a unique combination, but the biggest point of difference for the project was the fact they were performing the original stage version (except for one song) rather than the incredibly well known movie version.

On purpose-built sets on a New York soundstage, the cast have rehearsed for some fifteen weeks in preparation for the historic live telecast. As with regular movie musicals, singing tracks were recorded in advance, but performances will be live, overseen by theatrical director Rob Ashford and television director Beth McCarthy-Miller.

Executive Producers Craig Zadan and Neil Meron, of Chicago and Hairspray fame, decided to base the performance on the original 1959 stage version of Rodgers and Hammerstein’s musical classic, rather than risk comparison with the beloved movie. 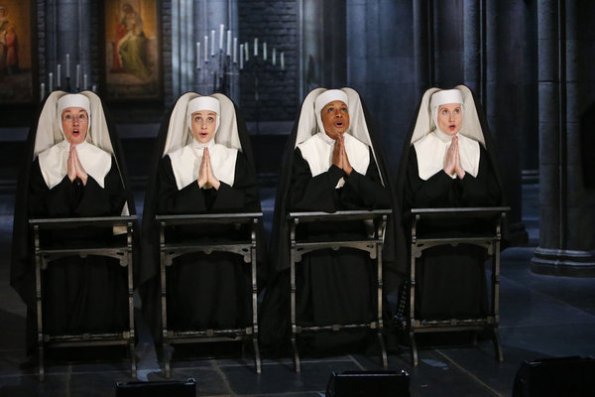 The stage version, with book by Howard Lindsay and Russel Crouse, is probably not familiar to anywhere near the numbers that know the 1965 film off by heart. Differences between the movie of The Sound of Music and the stage show include the following:

* Maria sings “My Favourite Things” with the Mother Abbess in her office, rather than on her bed during the thunderstorm.

* The song sung during the thunderstorm in the stage version is “The Lonely Goatherd,” meaning it is not performed with marionettes.

* “I Have Confidence,” one of two songs written for the movie by Richard Rodgers, is not included in this performance.

* On the other hand, “Something Good,” written to replace original stage duet “An Ordinary Couple,” is used in this production.

* Subversive undertones in the stage version effectively counterbalance the treacle sweetness of the central story. Max and the Baroness unknowingly foreshadow the end of her relationship with the Captain in “How Can Love Survive?,” and are joined by the Captain to merrily mock the Nazi juggernaut in “No Way To Stop It.”

* This production even uses the rarely seen, original act two opener in which Max plays blind man’s bluff with the children to the tune of “The Lonely Goatherd.”

* Also included here is the lovely “A bell is no bell till you ring it…” introduction sung by Maria as advice to Liesl in “Sixteen Going On Seventeen.”

Country music star Carrie Underwood took on the iconic role of Maria von Trapp, playing opposite True Blood’s Stephen Moyer as Captain von Trapp. Underwood’s wide-eyed, blonde good looks add to her appeal as a leading lady, and she proved herself an earnest and engaging, if not entirely natural, actress. Her expressive, throaty singing voice brought a new sound to the role compared with Julie Andrew’s bell-like soprano.

Given Moyer’s heavy-lidded, lethally vicious interpretation of vampire Bill Compton, he was surprisingly impressive in this music theatre role, singing with a breathy, gentle tone, which, while not achieving a legato tone, was nonetheless very pleasant to hear. Moyer captured the forbiddingly stern nature of the widowed Captain, before melting hearts as he warms to outspoken governess Maria. He and Underwood enjoyed fine chemistry. 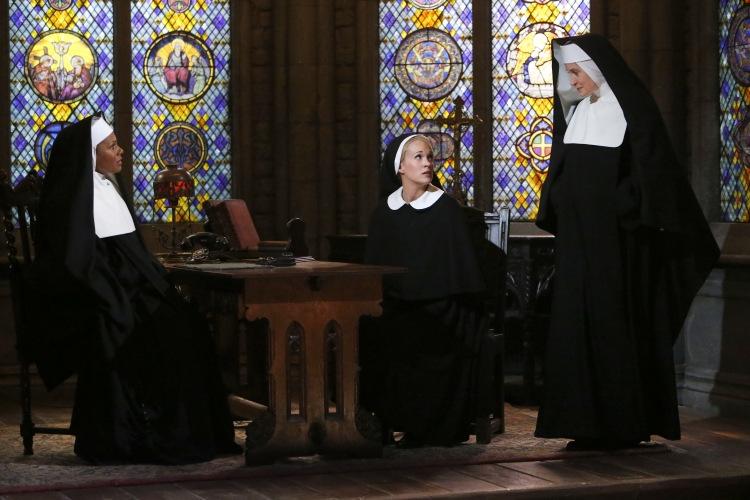 In a nifty piece of colour-blind casting, which brings to mind her breakout role as Carrie in Carousel, five-time Tony winner Audra McDonald brought out the full operatic tines of her soaring soprano as Mother Abbess. Laura Benanti, a Tony winner for 2008’s Gypsy, played against type as the self-serving Elsa Schrader, adding an extra touch of class with her gorgeous singing voice. Christian Borle seemed an inspired choice for quirky Uncle Max, but lost a good deal of the humour by focusing so hard on playing the role straight.

Singing by the nuns was excellent, especially during the wedding procession.

Legendary Broadway costume designer Catherine Zuber’s costumes were smartly attractive, with costume changes achieved as impressively as would be expected in a live theatre performance, although theatres at least have the advantage of easily accessible wings. Colours were muted, and designs decadently eye-catching and yet entirely realistic. Attention to detail showed evidence of abundant research. The children seemed to score the most interesting and intricate costumes; the girls’ outfits for the wedding were nothing short of incredible.

Derek McLane’s sets, while not especially technical or flashy, compared very favourably with the current standard of stage productions, perhaps being more numerous and a little more richly detailed. Hazy blue snow-topped Alps made for a suitably noble background. The transitions when Maria left the Captain’s house to return to the Abbey, and when the family moved from the house to the Festival Concert were both expertly handled.

Love it or loathe it, The Sound of Music was an terrific choice for this costly experiment, not seen on Broadway since 1998. The Sound of Music Live! may have missed the atmospheric buzz of a live audience, yet had a vibe of infectious fun and an air of polished elegance, and featured a lovingly fresh look at the revered classic. Hopefully the screening will be shown on Australian television before too long. 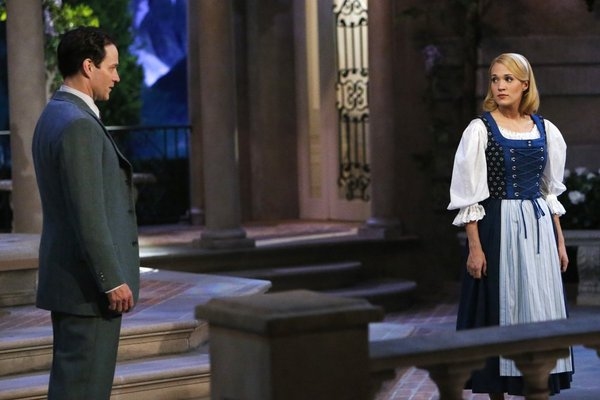