Neil Patrick Harris, working at the height of his powers, gives an unforgettable, tour de force performance in this perfectly chosen star vehicle. The fact that Harris’ sitcom fans will feature heavily amongst the theatregoers who flock to this show is a deliciously subversive thought. 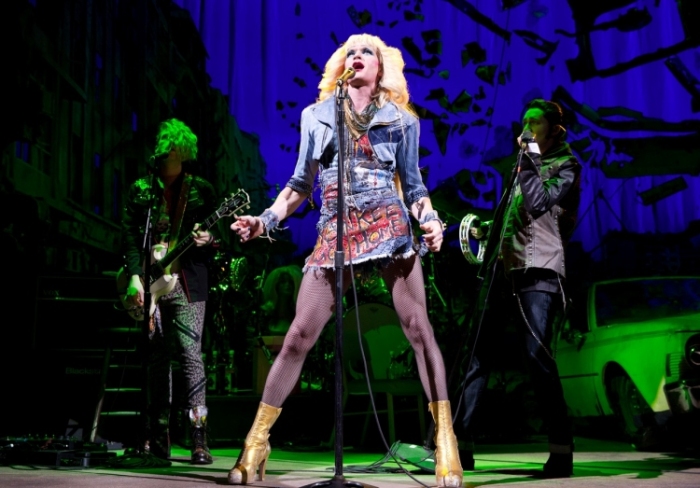 First a confession: while there are multitudes of Hedheads who swear by this musical, I had actually never seen it before. I expected rock music and Euro-angst, but had no idea the piece would be so funny. A significant factor in this aspect is Harris’ delectably deadpan delivery, his comic timing benefitting greatly from giving award show monologues.

To sum up the concept in terms that true fans will probably hate, the performance is reminiscent of a Dame Edna spectacular. A male actor plays a fictional female character who is confessing about her private life, singing songs and interacting with the audience. Just as Dame Edna has her beleaguered bridesmaid Madge, Hedwig has her harried husband Yitzhak. One difference, however, is that while Edna is a world giga-star, Hedwig confesses that she is “internationally ignored.” 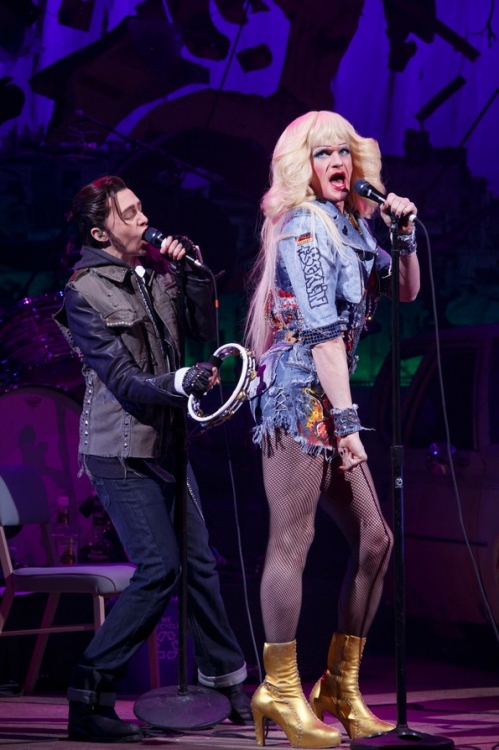 Set in the current day, the opening monologue in particular has been significantly updated to contain multiple references to world politics, pop culture and even the history of the Belasco Theatre. Harris is absolutely in his element here, totally in character of course but maintaining a characteristic twinkle in his eye. As the show/”rock concert” progresses, Hedwig’s shares the travails and triumphs of her globetrotting life.

John Cameron Mitchell’s book covers a fascinating story, the context of which has been neatly updated to present day. The jokes, however, are not quite as up-to-date, relying on sexual concepts that have, to some extent, lost their shock value in the 16 years since the show debuted Off-Broadway. Although the songs are not entirely accessible at first listen, Stephen Trask’s music is varied, spirited and authentic.

At the top of the show, Hedwig flies in wearing the first of Arianne Phillips’ deliberately lurid costumes, each of which are designed to look glamorous on a tight and tacky budget. Full marks to Mike Potter for the amusing array of wigs. 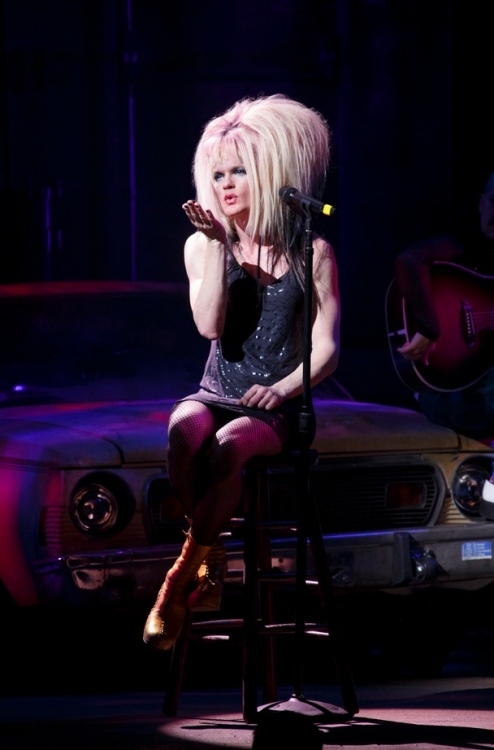 The combined work of scenic designer Julian Crouch and lighting designer Kevin Adams has created a specific look for each of the ten or so songs performed by Hedwig and her four piece band, The Angry Inch. 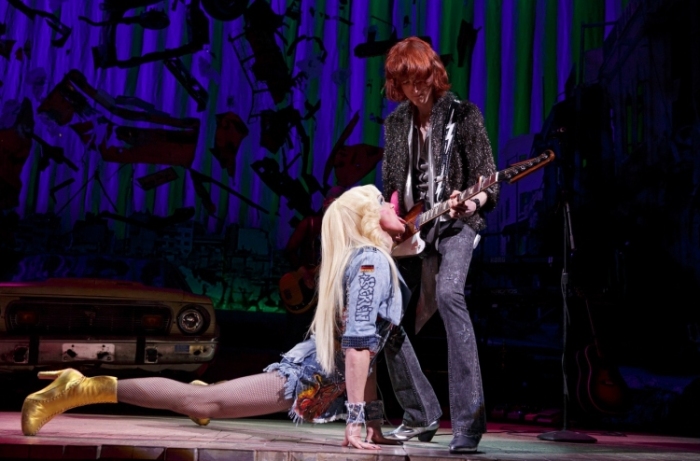 The comedy and candid confessionals create a bond between plucky heroine Hedwig and the audience, leading to a fascinating phenomenon late in the show. After all the laughs and loud music, when Hedwig comes to the most harrowing aspects of her tale, the audience is spellbound. You could literally have heard a pin drop as the audience practically held their collective breath listening to Hedwig’s woes. This achievement is testament to Harris’ inordinate skills as a performer. 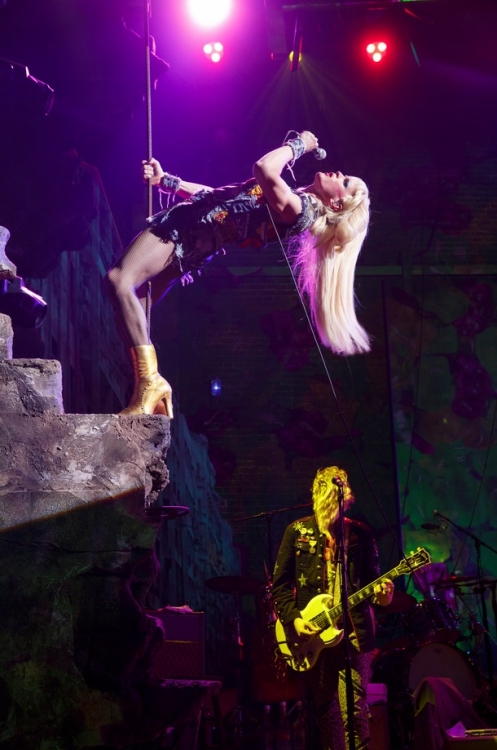 Hedwig and the Angry Inch is sure to be a hot ticket of summer 2014. Broadway purists should not avoid the show on principle, as Harris’ performance is really not to be missed.

Hedwig and the Angry Inch was reviewed 8pm 16 April 2014 at Belasco Theatre, New York, where it opens on 22 April 2014 for a limited engagement.

footnote: The Belasco Theatre is looking absolutely magnificent after its 2010 refurbishment.