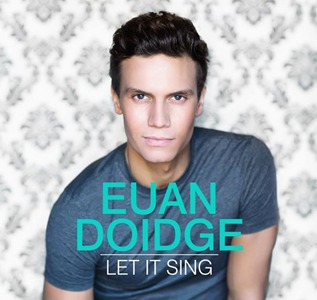 Doidge came to prominence on the Australian musical stage with his sensitive, affecting portrayal of troubled dancer Paul San Marco in the 2012 tour of A Chorus Line. In 2011, Doidge was in the ensemble for The Production Company’s Anything Goes (below, second from right), returning for 2012’s season of The Producers. 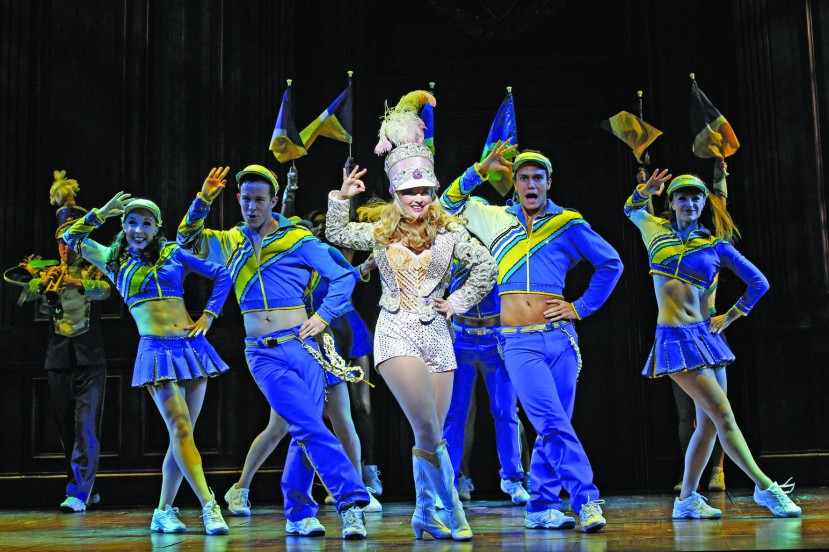 Finally, more than eight months since the cast announcement, Doidge is to play romantic lead Marius in the new Australian production of Les Misérables (below, fourth from right). 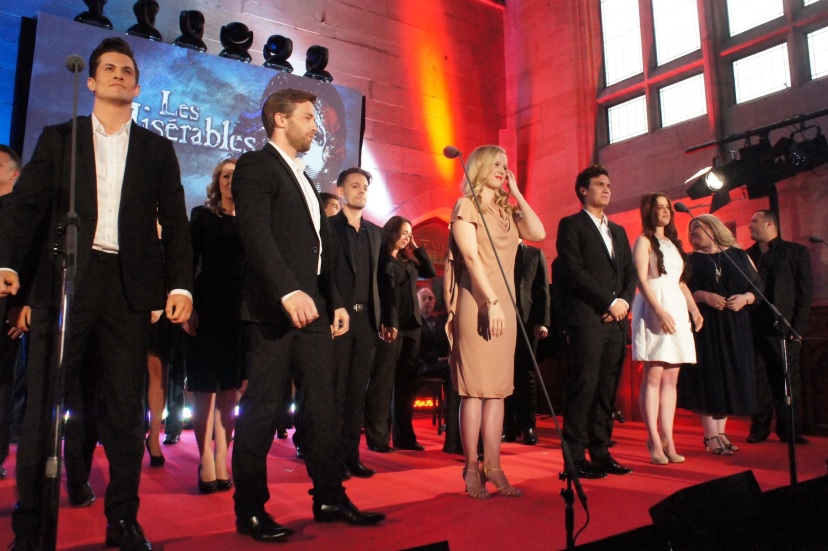 Rather than attract listeners to his first recording with well-known, done-to-death songs, Doidge has put together a highly personal set of heartfelt ballads that centre on love, family and positivity. Songs have been chosen for their meaning and sentiment, irrespective of the gender, race or age of the characters for whom they were originally written. Newcomers often invite an established star to duet with them, but in another original, personal move from Doidge, his younger sister Hope Doidge joined him in the recording studio.

Far from the grossly overproduced sound of recordings like Glee, the album has an authentic, fresh sound that gives the raw, intimate vibe of a live recording. Simple arrangements of acoustic guitar and piano place the listening focus clearly on Doidge’s pure, tender vocals. He shows impressive range, and slips easily from chest voice to belt to delicate falsetto.

Showing a propensity for impassioned 11 o’clock numbers, Doidge gives us Frank Jr’s gorgeous “Goodbye” from Catch Me If You Can, “I’m Here,” Celie’s anthem of joyful self-realisation from The Color Purple, and “Home,” Dorothy’s soaring farewell from The Wiz. In an indication of the contemporary nature of the album, “Home” is the only song written before Doidge was born.

Hope Doidge sweetly sings the role of Natalie in Next to Normal’s “Superboy and the Invisible Girl,” with Doidge tweaking a few lyrics to sing the parts of Natalie’s mother Diana and brother Gabe.

As well as “Goodbye,” Doidge sings two other songs by Marc Shaiman and Scott Wittman: “I Can’t Let Go” and “The Love I Meant to Say,” both presented as part of the fictional musical Hit List on TV series Smash. Doidge’s voice really soars in “I Can’t Let Go,” sung on Smash by Jennifer Hudson, and “The Love I Meant to Say” follows “Goodbye” to bring the album to a stirring close.

Lyrics in the title song “Let it Sing,” from current Broadway musical Violet, encapsulate the spirit behind the recording:

“You got to give yourself a reason to rejoice,

For the music you make counts for everything

Now every livin’ soul has got a voice –

You got to give it room, and let it sing.”

Doidge looks set to be Australia’s answer to Aaron Tveit or Jeremy Jordan, but perhaps the next leading role that he is perfect for has not been played by either of these Broadway stars.

Let it Sing is now available on iTunes.

To give a little taste of the album, here is Doidge sing “Goodbye” at Broadway Unplugged 2013: