The 2014 boutique musical boom reaches its zenith with Miracle City, which has the additional credential of being a full production of an original Australian musical.

Focusing on a family implosion as devastating as those in classics such as Long Day’s Journey into Night and A Streetcar Named Desire, Miracle City grabs the heartstrings and does not let go for 85 stomach-churning minutes.

Like HBO television series Veep, Miracle City hits the ground running, eschewing laborious exposition by trusting that the intelligence of the audience will be sufficient to glean the facts along the way. The drama transpires in real time as we witness the live Sunday morning transmission of a gospel program, run by the seemingly flawless Truswell family.

Finally revived 18 years after a legendary initial workshop/production back in 1996, the musical boasts a book by revered playwright Nick Enright and music by prolific musician Max Lambert. The gaudy evangelical setting may be unique to America’s South, but the family dynamics and power plays are universal.

Theatre fans chase the perfect musical in the same way surfers pursue the perfect wave. One of the key measures of success is the ability of a show to provoke thought and feeling. Toe-tappers are pleasant enough, but Miracle City delivers a twist that induces audible gasps of shock and disgust from the entire audience. And I am sure I was not the only audience member who yearned to run on stage and hug the last remaining character (no spoilers here). 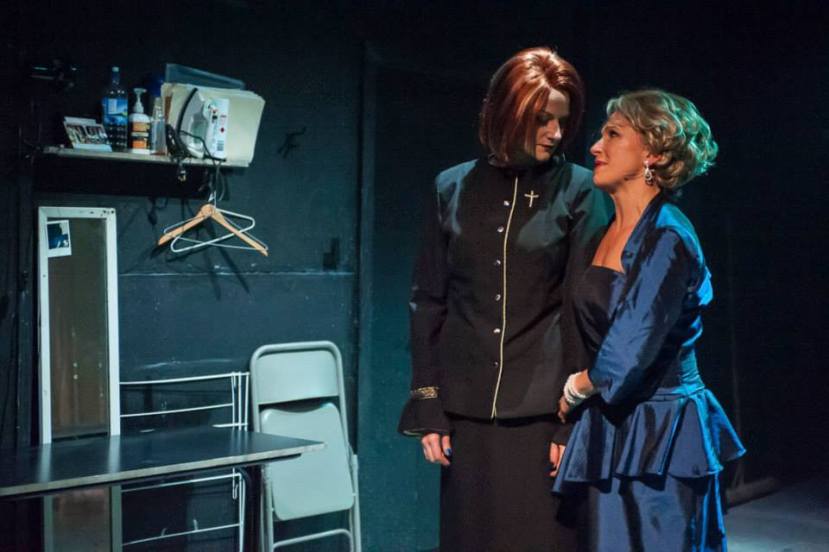 If regular music theatre characters do not know they are on stage, the perky Truswells certainly know they are on television. They move in perfect unison with the changes of camera, and their painted smiles glow with unwavering brilliance. Part of the uneasy thrill of watching the show is the way the subtext ramps ever higher as side-stage dramas chip away at the gilded facade.

In a deliberate, knowing inversion, the songs provide a breath of relief rather than propelling the story. Listen closely though, as the lyrics have a touch of Cabaret‘s ingenious commentary on the action. As the backup trio sings about miracles, there are miracles happening either side of the stage. Most strikingly, in “Doing the Work of the Father,” the Truswell children depict Moses’ willingness to sacrifice his son while Ricky Truswell seals his own daughter’s fate. 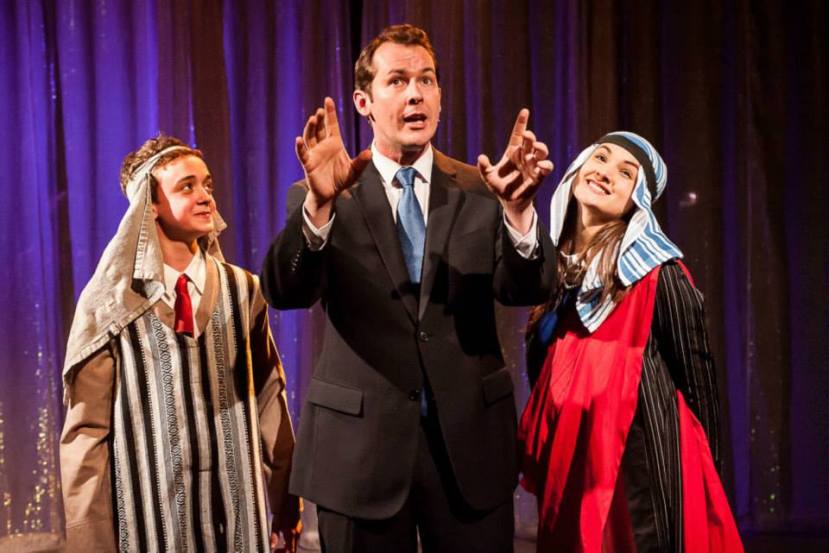 Director Darren Yap achieves something of a Feeding of the 5000 miracle of his own by creating theatrical magic from a few simple props in a tight space with nowhere to hide. A mark of Yap’s success is the final line up, in which the full set of nine characters have been so clearly established that their reactions to the concluding on-air revelation are as believable as they are compelling. 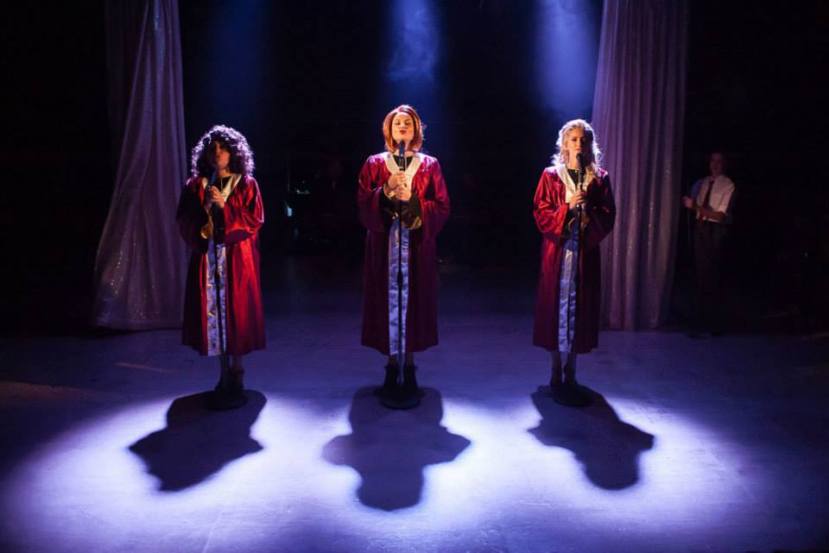 In a towering achievement, Blazey Best gives a performance of such wattage that it would not be out of place in a 2000 seat theatre. Clutching to what she holds dear with all her might, Lora-Lee Truswell is held together by eyelash glue and wig pins. Straight play actress Best reveals her terrific singing voice in a performance that is as thrilling as it is heartbreaking.

Mike McLeish has the polished everyman look that holy rollers such as Ricky Truswell use to gain, and abuse, the public’s trust and confidence. McLeish’s expert creation of Truswell’s wholesome facade makes the character’s duplicitous desperation all the more shocking.

Fast rising star Hilary Cole is perfectly cast as Loretta Truswell, who proves to be a cross between Zaneeta Shinn and Lolita. As with McLeish, Cole creates intrigue by suggesting a darker side below her wholesome looks.  As Ricky-Bob Truswell, significantly experienced performer Cameron Holmes captures the percipient maturity of a young boy who has seen too much too soon.

Esther Hannaford makes a welcome return to music theatre in the well-written role of troubled young mother Bonnie-Mae. While many of the songs feature snippets of action and dialogue, Hannaford is given centre stage for gorgeous torch song “I’ll Hold On,” in which she reminds us of her exquisite vocal control as she coos key phrases in exquisite, falsetto-like whispers. Eyes frequently brimming with tears, Hannaford expertly portrays the fragility and vulnerability of the ashamed young woman.

Polar opposite of the derivative revivals proffered by commercial producers, Miracle City is absolutely not to be missed.

Miracle City was reviewed at 2pm Saturday 25 October 2014 at Hayes Theatre, Sydney where it plays until 16 November 2014.