Strange Bedfellows: Under the Covers review

Resolutely confronting and provocative, the cabaret work of Strange Bedfellows is set apart by the utter conviction and sheer talent of creators and stars Jacqui Dark and Kanen Breen.

The production notes may suggest a “midnight journey,” but we are a few hours shy of the witching hour at the family-friendly time of 6pm this evening. (Not that this is a family friendly by any stretch.) Fortunately, the night sky blue walls of the Butterfly Club lounge soon create a suitably nocturnal atmosphere.

Outfitted in the decadent blacks and dark reds of their Weimar Republic theme, Dark and Breen have concocted a pair of grotesquely foul-mouthed characters through which to tell aspects of their life journeys. The in-joke is that while the onstage duo swear and snarl at each other, the real-life pair could not be closer.

While candid cabaret sharing can be potentially be tinged with saccharine schmaltz and questionable half-truths, the Bedfellows draw on painful memories with raw abandon, practically daring the audience to decide where the line is drawn between fact and frivolity.

The Bedfellows draw us in with some humorous ditties before deftly switching gear to heavier material. Dark delights with a fast-paced German rendition of ‘80s hit “Tainted Love,” and the pair smash out a crisp take on the Divinyls’ “Pleasure and Pain.” Another early pleasure is the ideal cabaret number “Kept Boy” (written by Marc Almond, who, incidentally, also wrote “Tainted Love”).

After a medley of upbeat songs by accused perverts and sex offenders, the mood switches, mid bracket, to a more serious, but equally entertaining, vibe. Dark weaves in her struggles with IVF and Breen relates the pain and redemptive rebirth of coming out. The shock factor rises in an “operetta” about the particularly wild sexcapades of a debauched couple, but while one might have to cover a gasp or two, one dare not look away for a second.

Through it all Dark and Breen’s exceptional voices shine, both demonstrating the versatility and beauty of their instrument, and elevating the overall quality of the material with their musical skill. 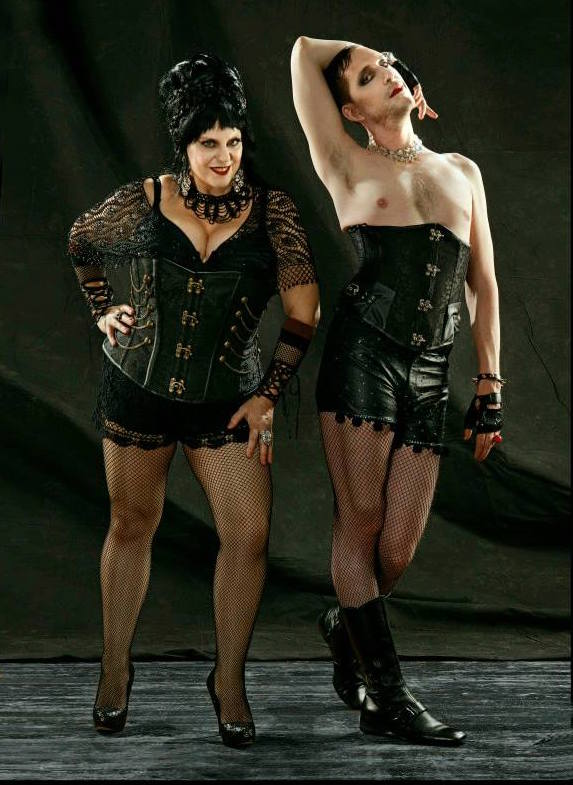 Opera purists who know Dark and Breen from mainstage productions may struggle a little with the tone of Under the Covers, but as a world-class cabaret act Strange Bedfellows is hard to beat.

Strange Bedfellows: Under the Covers plays at The Butterfly Club, Melbourne until 22 February 2015.