Emanating a vibe that is the antithesis of the stereotypical opera diva, Omura simultaneously commands attention whilst also maintaining a demure and serene grace. Omura’s silken soprano pours forth in shimmering waves, conveying the spectrum of Butterfly’s modesty, anticipation, joy, fear and heartbreak. Such is Omura’s tireless stamina, at evening’s end she seems like she would be able to start at the beginning and sing it all over again.

Enhancing Omura’s rich vocal colour is her highly expressive countenance. The suspension of disbelief required to see Omura as a teenager is simple given the way she beams first with innocent radiance and then with the ecstasy of first love. Omura is particularly convincing in portraying Butterfly’s resolute mania as the deluded young woman steadfastly awaits the return of her American “husband.” Finally, the beaming face crumbles to ashen despair as the realization sinks in that Pinkerton is not returning to her.

This production has fit the company like a glove, which is due, in small part, to its collective three-year creation process. One of the few stagings to successfully expand to capaciously fill the State Theatre stage, the production has been a failsafe introduction to opera for newcomers as well as an ongoing regular audience favourite.

Maestro Guillaume Tourniaire supports Omura’s superb vocals with a splendid performance from Orchestra Victoria. Such is the effortless ebb and flow of dynamics and rhythm, Puccini’s time-honoured score seems to take on the qualities of a soundscape, with waves of percussive bells and magical harp giving way to emphatic brass fanfares and melodic strings.

The significant experience of the lead and featured cast in their roles adds weight to the drama. The cast projects a strong sense of trust and shared instincts in their ensemble performances.

Tenor James Egglestone projects a sexual energy as the lustful Pinkerton, and gives the character’s selfish disregard for young Butterfly a subtle edge of regretful concern. His mid-range voice in fine form, Egglestone appeared to have some tightness and discomfort with high notes on opening night. 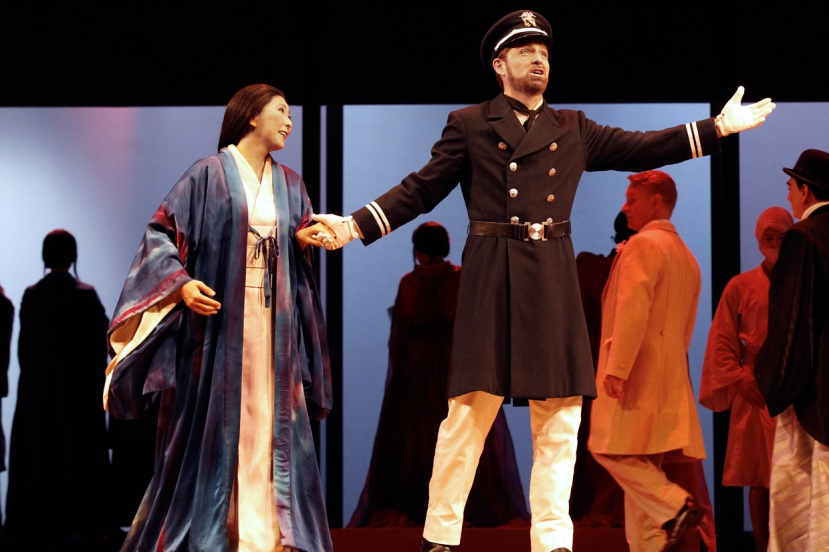 Sian Pendry has developed beautifully in the role of Butterfly’s devoted companion Suzuki, finding layers of gentle compassion, shared joy and crushing despair in the character’s journey. Pendry’s rich, full mezzo-soprano voice is a lovely complement to Omura’s silvery soprano, and duet work from the pair is a dream.

With sprightly movement and mockingly deferential body language, Graeme Macfarlane deftly realises many a comic touch in the role of self-serving marriage broker Goro, also singing the role with understated flair. As US Consul Sharpless, Michael Honeyman lives up to his surname, his rich, warm baritone having a charmingly seductive tone.

Hiromi Omura’s world class performance is simply not to be missed, and this production of Madama Butterfly is to be revered one last time.