From a deceptively simple concept by StageArt co-executive producer Robbie Carmellotti, Drew Downing and Carmellotti have written a slick, camptastic book that is laugh out loud hilarious. For a television show that has been lampooned so thoroughly already, Carmellotti and Downing still find loads of comic material, freshly skewering the iconic characters with devilish digs and puerile putdowns.

The conceit of the show is that the original TV cast, who now call each other by their character names out of sheer habit, have wearily come to the end of a final, early 1990s world tour of television specials. This ingenious aspect of this scenario is that the “commercial breaks” provide a chance for the actors to turn off their phony smiles and interact honestly, thus providing delicious subtext when the show is back “on air.” Dirty secrets come spilling out, all the funnier for the innocent façade they hide behind.

Co-writer Downing does quadruple duty, also serving as director, musical director and choreographer. The high-energy direction is a winning aspect of the show, with all eight performers creating all sorts of comedy as they stay perfectly in character through every song, dance and scene. A daring final move pays off handsomely, as the comedy is set aside for a momentary poignant scene in which Carol is struck by the reality of ending the long running “family.”

The scenario of a television special also allows for a range of songs to be sung, with each character having their turn in the spotlight. The chosen songs are an absolute delight, with many of them not heard for years. When was the last time you heard “High Hopes” or “Sunshine Day”? The choreography mocks cheesy face-the-camera steps and the production numbers sends up the tacky, low budget simplicity of TV specials.

The show is performed on the Dreamgirls set, with lighting again by Jason Bovaird. A technical hitch, so rare for sound designer Marcello Lo Ricco, caused an annoying amount of microphone crackle; this will surely be quickly remedied for subsequent performances.

Each of the performers is well cast, with terrific comic talents as well as singing voices of especially good quality.

Lauren Edwards is wonderfully watchable as Carol, who is now a bit of an uptight bitch sorely in need of a cathartic breakdown. Paul Congdon keeps his face much straighter than his character as Mike, landing plenty of twisted comedy.

Kathleen Amarant is a blonde vision as the vapid Marcia, still obsessed with being a teen model. Thomas Bradford conveys the funky vibe of sexy oldest son Greg, the object of lust for many a roving family eye.

Sophie Weiss is sensational as poor, put-upon Jennifer, Jane, Jan, the girl who can do no right. In contrast with her simpering character, Weiss has a fantastic singing voice and can really belt a tune. Similarly, Nicolas Guzzardi gets a great laugh when we hear her real, non-lisping singing voice in a dream sequence when Cindy consoles and counsels her mother with “Never Been To Me.” 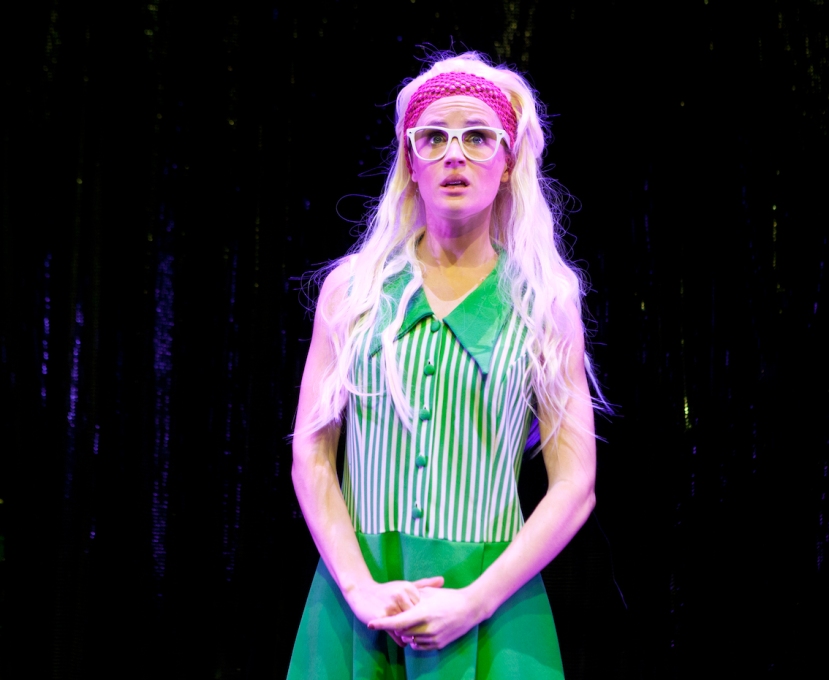 Giancarlo Salamanca has an authentic look as Peter, who has left a trail of sexual conquests around the globe. Dylan Licastro is adorably adorable as glittering youngest son Bobby, who now seems to be following his father’s sexual proclivities.

A Super Brady Cabaret plays at Chapel off Chapel, Melbourne until 13 June 2015.

ps the idea of putting The Brady Bunch on the musical stage seems quite popular today.