The Australian Ballet traverses from the twentieth to twenty-first century in this scintillating freestyle triple bill that anchors a company premiere and a world premiere with a treasured classic. 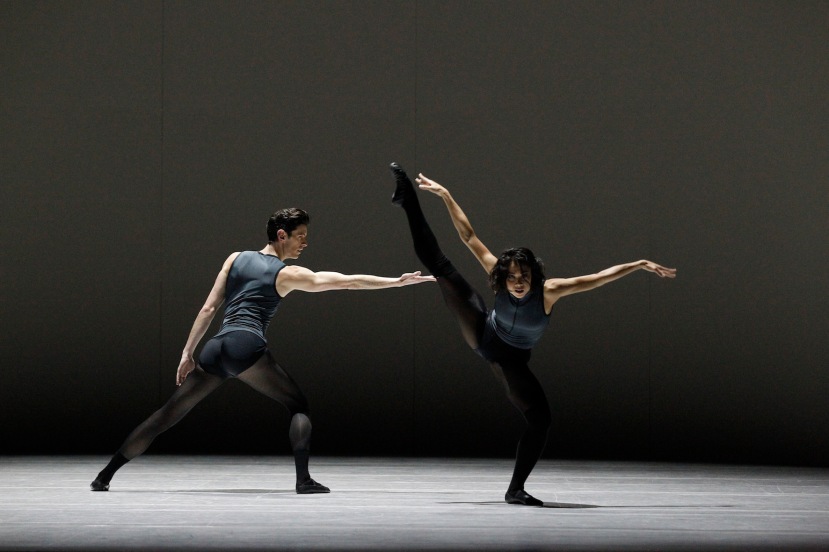 If 20:21 is a barometer of the company’s current state of health, it passes with flying colours. Dancers of all ranks perform side by side to create a thrilling whole that is greater than any solos or pas de deux. The group is the star, and yet individual personalities shine through as the dancers beam with the sheer enjoyment of dancing together.

Dance in its purest state is celebrated in the program. In an homage to the impact, grace and beauty of choreography, each piece is unencumbered by narrative, scenic design and decorative costumes.

The evening begins with the Australian Ballet debut of George Balanchine’s 1972 ballet Symphony in Three Movements.

Balanchine’s choreography provides a rhythmic pulse to the light, gently abstract music of Stravinsky. The ballet may be free of narrative and yet the movement is highly purposeful, with precise, varied, repeated movement creating a bustling mechanical picture.

The requirement of a large company provides the opportunity for some 32 company members to work together on almost equal footing. Partner work is significant and also unusual, in that it largely involves male and female dancers side by side rather than touching, creating an air of camaraderie. 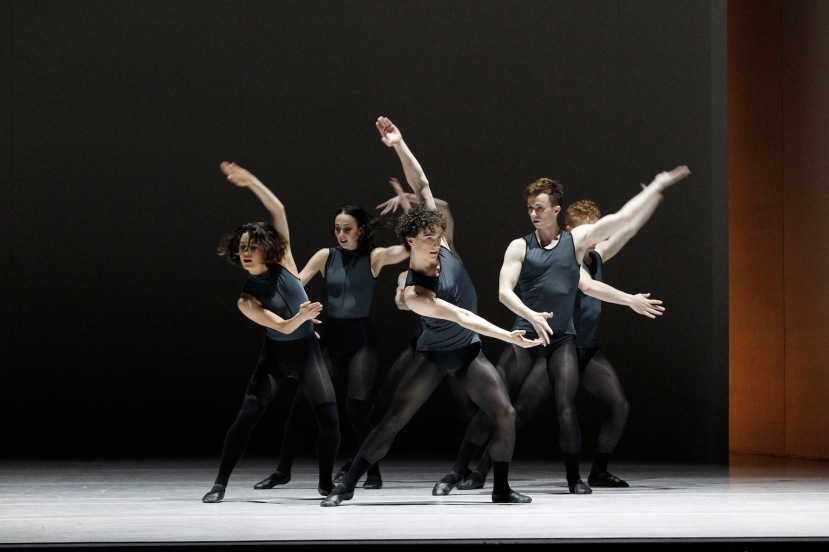 Resident choreographer Tim Harbour’s new work Filigree and Shadow makes its world premiere in 20:21. An edgy, sexually charged piece, Filigree and Shadow is clearly placed in the realm of modern dance and yet draws on a distinctly classical balletic vocabulary of movement.

Dressed in masculine steely grey singlets and sheer black stockings, there is an androgynous look to the dozen dancers in the piece. The sheer white curved wall of Kelvin Ho’s scenic design picks up the highly dramatic effects of Benjamin Cisterne’s lighting. Beginning from an inky blackout, and at one point bathing the stage in a golden glow, the lighting is a significant and affecting aspect of the design. 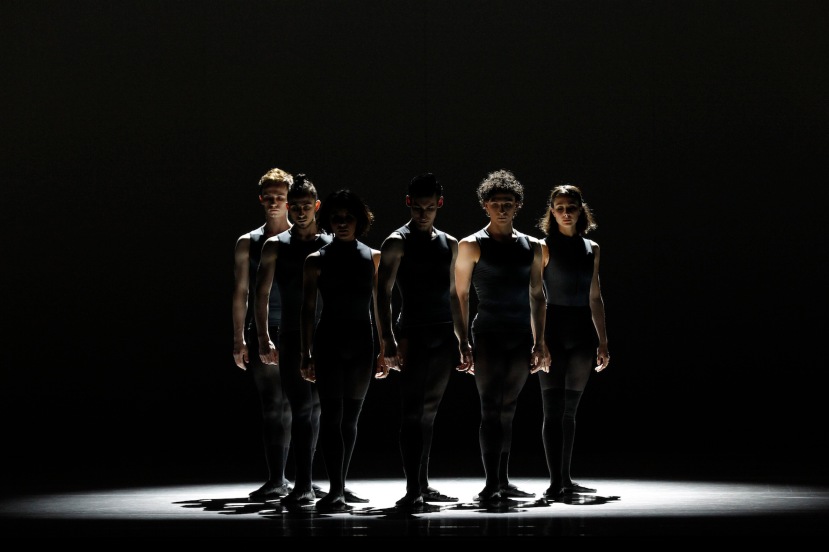 The prerecorded music, commissioned from Munich-based electronic musicians 48nord (Ulrich Müller and Siegfried Rössert), achieves an electric crackle and pop that could not have been achieved by orchestral musicians.

Highlights include a sensational male trio from Brett Chynoweth, Simon Plant and Marcus Morelli (whose manbun distinctly places the performance in 2015). The trio features particularly enthralling work from Chynoweth. Rudy Hawkes, who makes the herculean effort of appearing in all three works in the program, emerges as a leader in Filigree and Shadow.

Working in various combinations, the dancers genuinely engage with each other as they performer Harbour’s highly physicalised choreography. The music and dance build to a frenzied climax that leaves nowhere for the dancers to go except to collapse, fully spent, on the floor. 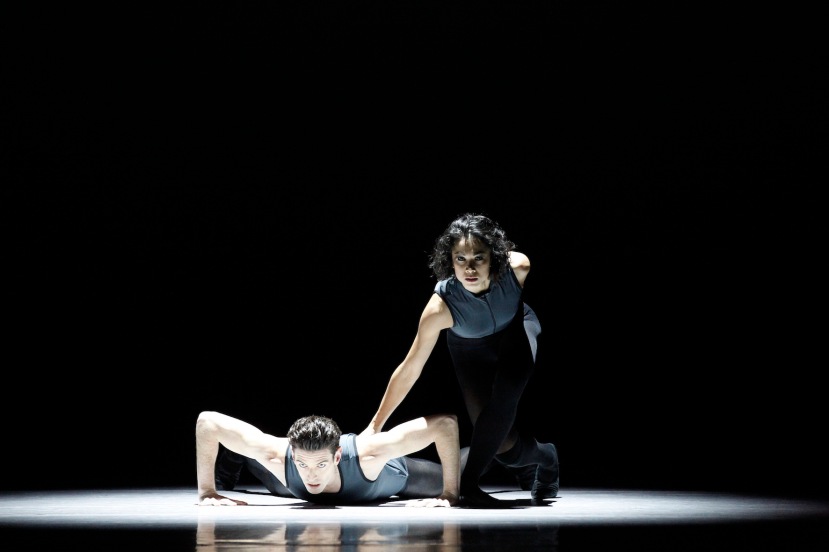 The final treat in this carefully curated program is revered American choreographer Twyla Tharp’s modern classic In the Upper Room.

The success of this piece is inseparable from Phillip Glass’ driving, pulsing score, which blends and layers sweet-sounding acoustic and electronic instruments with ever increasing urgency and excitement.

Black and white striped pajamas give way to bright red dancewear and then to bare glistening skin as the extraordinarily demanding piece progresses.

Tharp’s choreography is distinguished by a dazzling array of styles, deliberately blurring the lines of what is usually seen on the ballet stage. As well as intense and precise requirements, there are plenty of gentler moments that convey a delightfully jaunty air.

The work is performed in a thick blanket of misty haze. On opening night, the magical disappearances and appearances through rear black panels seemed a little hesitant, but will surely improve as the performers’ spatial awareness in the darkness improves with further confidence.

Another spectacular male trio graces In The Upper Room as Rudy Hawkes, Andrew Killian and Jarryd Madden rock Tharp’s lively, fleet footed moves. As with the entire evening, it is difficult to single out many highlights due to the wonderfully integrated nature of the company work on display.

The return of In The Upper Room earned roars of approval and an all too rare standing ovation on opening night.

In this Year of Beauty, Man in Chair has also reviewed:

Madeleine Eastoe and Kevin Jackson in Cinderella: “…performing the final pas de deux as a dreamlike fantasia of joyous love.”

Madeleine Eastoe and Kevin Jackson in The Dream: “Chengwu Guo leaps about with such dynamic energy it almost looks like he is a magical effect that has been added using cinematic CGI.”

Madeleine Eastoe and Kevin Jackson in Maina Gielgud’s Giselle: “Lovingly restored to full glory, Maina Gielgud’s 1986 production of Giselle returns to its place as one of the most treasured jewels in The Australian Ballet’s repertoire.”