With an intriguing theme of Fables, Victorian Opera announces a new year of characteristically eclectic and innovative works for 2017.

Highly popular performers Meow Meow, Jessica Pratt and Antoinette Halloran return to the Victorian Opera stage next year, joined by other new and returning stars in a range of traditional and original productions that cater to both adults and children.

Victorian Opera must stage the highest proportion of new works of any music-based arts company in Australia. The year begins with exactly the sort of creative piece the company has become acclaimed for: ‘Tis Pity: An Operatic Fantasia on Selling the Skin and the Teeth. Artistic director Richard Mills is composing the work, and working on the concept and libretto with director Cameron Menzies and salacious starlet Meow Meow.

‘Tis Pity is described as “A song cycle on the complexities of sex, pleasure, survival and salvation, trade transactions and razzle dazzle rouge through the ages, from Ishtar to the Internet, the vamp, the saint and the mirror, suckers and succour, preaching and pragmatism.”

Tenor Kanen Breen, an equally ostentatious cabaret performer, will join Meow Meow for the four performances of ‘Tis Pity: An Operatic Fantasia on Selling the Skin and the Teeth at Melbourne Recital Centre in February 2017. 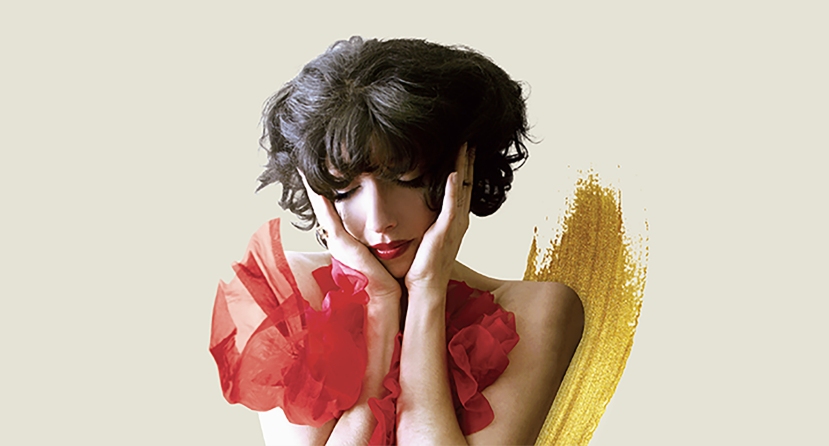 In a completely different style, the next presentation will be a puppet performance of The Sleeping Beauty, composed by Ottorino Respighi a little over 100 years ago. Emerging young opera singers will provide the voices to puppets designed and constructed by Joe Blanck (Walking with Dinosaurs, King Kong).

The Sleeping Beauty will play five performances at the Playhouse in March 2017, before travelling to Hobart in association with the Tasmanian Symphony Orchestra.

International soprano Jessica Pratt returns home to Melbourne for her fourth engagement in as many years with Victorian Opera. Bellini’s bel canto treasure La Sonnambula is a difficult opera to fully stage due to its slight, fanciful storyline, but as a concert presentation the music will stand alone as a sheer delight.

Pratt will be joined by Australian soprano Greta Bradman as Lisa, with Carlos E. Bárcenas as Elvino and Paolo Pecchioli as Count Rodolfo. Richard Mills will conduct Orchestra Victoria for the one night concert at Hamer Hall in May 2017.

A masterpiece of the early twentieth century, Janáček’s Cunning Little Vixen will be seen in a new production from a highly experienced creative team. Director Stuart Maunder will collaborate with costume designer Roger Kirk and lighting designer Trudy Dalgleish.

As Vixen, Celeste Lazarenko will lead a cast whose acting skills are as strong as their talent for singing. Antoinette Halloran, Barry Ryan, Dimity Shepherd, Brenton Spiteri, Samuel Dundas and Jeremy Kleeman will play the other inhabitants of the forest setting. Jack Symonds, artistic director of Sydney Chamber Opera, will conduct the five performances of Cunning Little Vixen in June 2017.

Already previewed in Malthouse Theatre’s season launch, cult musical fable The Black Rider: The Casting of the Magic Bullets will play a three-week season at Malthouse’s Merlyn Theatre. Based on German tale Der Freischütz, the 1990 musical fable tells of a deal with the devil that goes diabolically wrong.

Kanen Breen and Meow Meow will return for The Black Rider, with Paul Capsis and Dimity Shepherd rounding out the tantalising cast. Phoebe Briggs will conduct Victorian Opera Chamber Orchestra for the September/October 2017 season.

Victorian Opera will continue their commitment to introducing opera to children. An Australian premiere of Ernest Toch’s 1927 work, The Princess and The Pea will be seen in three performances in March 2017. The talented young lead cast will consist of Olivia Cranwell, James Egglestone, Kathryn Radcliffe, Michael Petruccelli ad Michael Lampard. Also, Aaron Copland’s youth opera The Second Hurricane will be staged at Horti Hall in October 2017. The teenagers stranded in a storm will be played by a cast of young singers, including members of Victorian Opera’s Youth Chorus Ensemble (VOYCE).

In a new Australian work by composer Gordon Kerry and writer John Kinsella, Hans Christian Anderson’s classic tale The Snow Queen will be staged on 4 November 2017 in an exclusive season in Wodonga.

As an intriguing preview of their 2018 season, Victorian Opera will offer a glimpse into the rehearsal room in Three Tales, which will be streamed live. Highlights of a trio of new works will be performed after a weeklong workshop period. The works are: A Simple Heart by Katie Noonan and Zac Hurren, The Legend of Saint Julian the Hospitalier by Dermot Tutty, and Hérodias by Stefan Cassomenos.

‘Tis Pity: An Operatic Fantasia on Selling the Skin and the Teeth (Mills)

The Black Rider: The Casting of the Magic Bullets (Waits)

The Princess and The Pea (Toch)

Membership packages for the season are available on 14 September 2017.

Single tickets to these performances will be on sale 13 October 2017.