Let’s Give Three Cheers and One Cheer More for the hardy team at Melbourne Opera. This skillful, lovingly reverential production of H.M.S. Pinafore is the sparkling gem that Melbourne Gilbert and Sullivan lovers have been waiting years to see.

Such is the keen insight and finely honed talent of director/choreographer Robert Ray, the company should sign him up now to do a series of similar productions over the next few years. This is your grandmother’s H.M.S. Pinafore, gorgeously sung and played, and with the original comedy shining through in abundance.

Ray enjoys an intricate knowledge of the libretto and score, and sheds light on many a fine detail in the well-known operetta. His choreography incorporates natural, appropriate actions, and makes nifty use of neat formations on the good ship’s deck.

Class distinctions, crucial to the story, are telegraphed with accents, manners and customs are conveyed with clarity, and, best of all, comedy is played straight and true. Sir Joseph Porter, performed by the marvellous David Gould, is allowed a smattering of malapropisms and modern references, and these are all the funnier for his deliciously deadpan delivery. 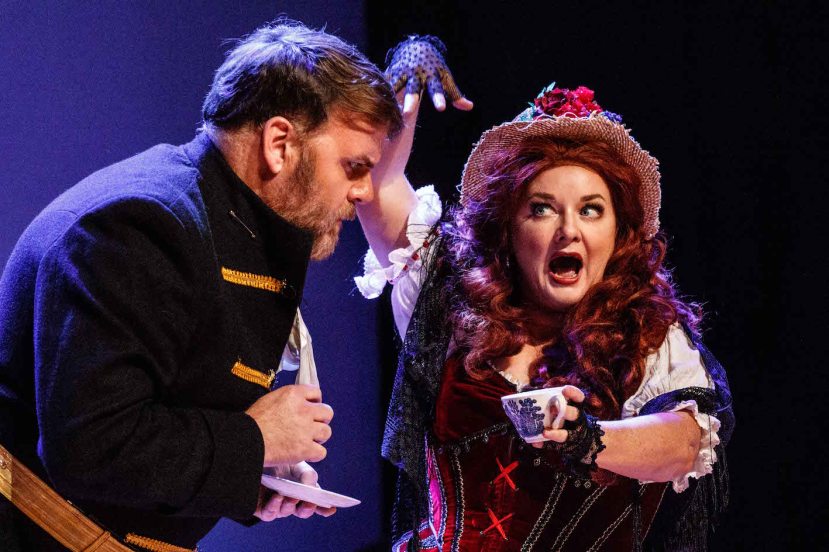 As performed by an opera company, with the luxury of a strong and sizeable orchestra, Sullivan’s operatic allusions are heard in their full glory. Ray’s research has also uncovered some additions to the usual performance version, with a duet for the Captain and his daughter Josephine, “Reflect My Child,” heard for the first time in Australia.

Greg Hocking conducts a crisp, full and engaging performance of Sullivan’s score by the Melbourne Opera Orchestra. The combination of the orchestral music and the uniformly excellent singing, particularly from Melbourne Opera Chorus, makes for a superb sound.

Gregory Carroll’s set design conveys the naval location perfectly, whilst also adding a comic flavour in its irregularity. Lucy Birkinshaw’s lighting provides a festive blue sky, but little variation elsewhere throughout the operetta. Costumes, courtesy of Opera Australia, are as stunning as when seen in 2005. Upon arrival, the elegantly coiffured female chorus members look to be dressed for a cream and powder blue variation of “Ascot Gavotte.”

Standing out amongst the featured vocalists is young soprano Claire Lyon, who brings a lovely musical line to her singing. Lyon incorporates the bel canto references in Josephine’s arias with flair. It is a pleasure to appreciate her performance without any of the sort of indulgent directorial distractions that undermined her portrayal of Mabel in The Production Company’s The Pirates of Penzance.

Tenor Paul Biencourt has a pure approach to sailor Ralph Rackstraw’s love of a lass above his station, adding a touch of humour with his Northern English accent. Biencourt’s singing of the charming role is most pleasing.

David Rogers-Smith proves an effective straight comic foil as the well-intention Captain of the Pinafore, although this also means that Gould garners all the laughs as Sir Joseph (Andrew Lloyd) Porter. Gould’s rendition of cherished patter song “When I Was A Lad” is well served by singing it straight to the audience with little or no chorus movement. Gould’s couple of extra verses in show-stopping trio “Never Mind The Why And Wherefore” provide a well deserved encore for the number. 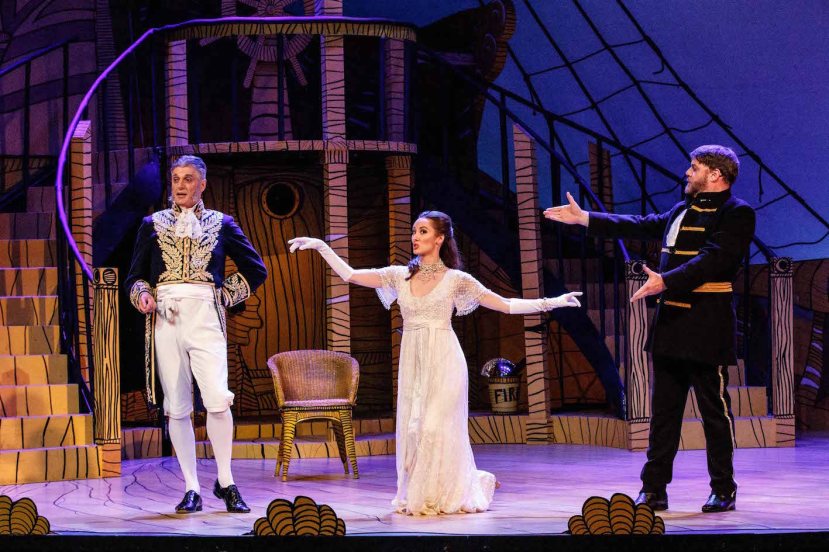 Andrea Creighton brings a vivacious presence to shadowy saleswoman Buttercup (pronouncing her own name here as Li’l Bu’ercup). Standing out in fiery red hair and dress, Creighton makes a strong connection with the audience and enjoys sparks of chemistry with her fellow performers. Jodie Debono steps out of the Melbourne Opera Chorus to shine as judgmental yet supportive Cousin Hebe.

Veteran baritone Roger Howell throws himself into the robustly physicalised role of Dick Deadeye, not shying from the surly and unpleasant aspects of the character to great effect. Baritone Finn Gilheany successfully makes the most of the featured role of the hearty Bosun.

H.M.S. Pinafore enjoyed a rousing reception on its pristine opening night. The all too brief season should be filled to capacity, most especially by Gilbert and Sullivan lovers who will be genuinely thrilled by this wonderful treatment.

H.M.S. Pinafore plays at Athenaeum Theatre, Melbourne until 18 March 2017, and will be performed at Robert Blackwood Hall, Monash University on 22 April 2017.