Anticipation for Saturday night’s premiere of Handa Opera on Sydney Harbour La Traviata is at fever pitch in Sydney, the city decked out in festive posters and flags and that huge crane visible as you cross the Harbour Bridge.

Opera Australia invited media to a special dress rehearsal preview but there was also an unwelcome guest: a light drizzly rain that seemed to fall only when it was not wanted. Commencement was delayed but eventually the company adhered to the old saying “the show must go on”. A slightly abridged version presented, with only act two scene one (surely the least spectacular segment) omitted.

On arrival, the mighty chandelier and steeply raked stage shimmer in anticipation.

The production design features glossy, vivid colours with a La Dolce Vita theme. Violetta (Emma Matthews) in fuchsia and Flora (Margaret Plummer) in emerald stand out against a sea of soft pastels. 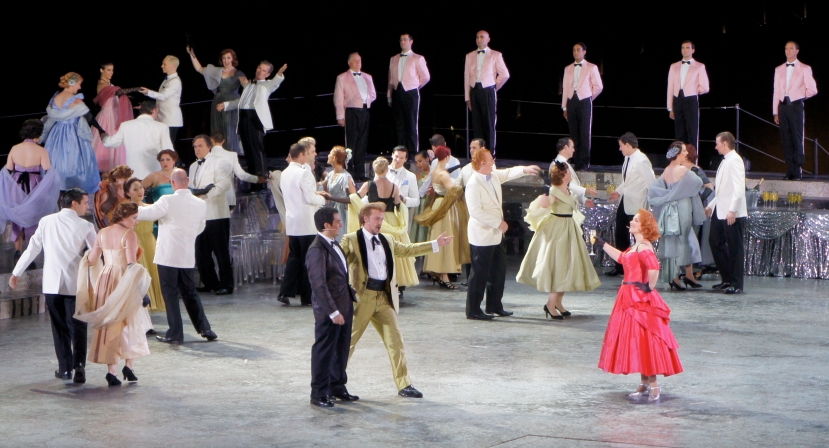 The guests call on Alfredo to make a toast.

Violetta sings a verse of the famous “Brindisi” drinking song.

The party all toast the pleasure of wine and song.

Fireworks mark the high point in the festivities.

Left alone after the party, Violetta ponders her life in “É strano”.

Taking to the sky in her magnificent flying machine, the doomed Violetta decides to live her remaining days solely for pleasure in “Sempre libera”.

The toreadors are a blaze of pink. Look closely to see that the waiters’ aprons are marked with the suites of a card deck to represent the gambling to take place at Flora’s that night.

The card table is created from red fabric.

Which then leaves a sea of red in the centre of the stage to highlight the shamed Violetta. Note the presence here of Alfredo’s father Giorgio Germont (Jonathan Summers).

In act three, Doctor Grenvil (John Bolton Wood) and faithful maid Annina (Sarah Sweeting) are concerned that Violetta does not have long to live. 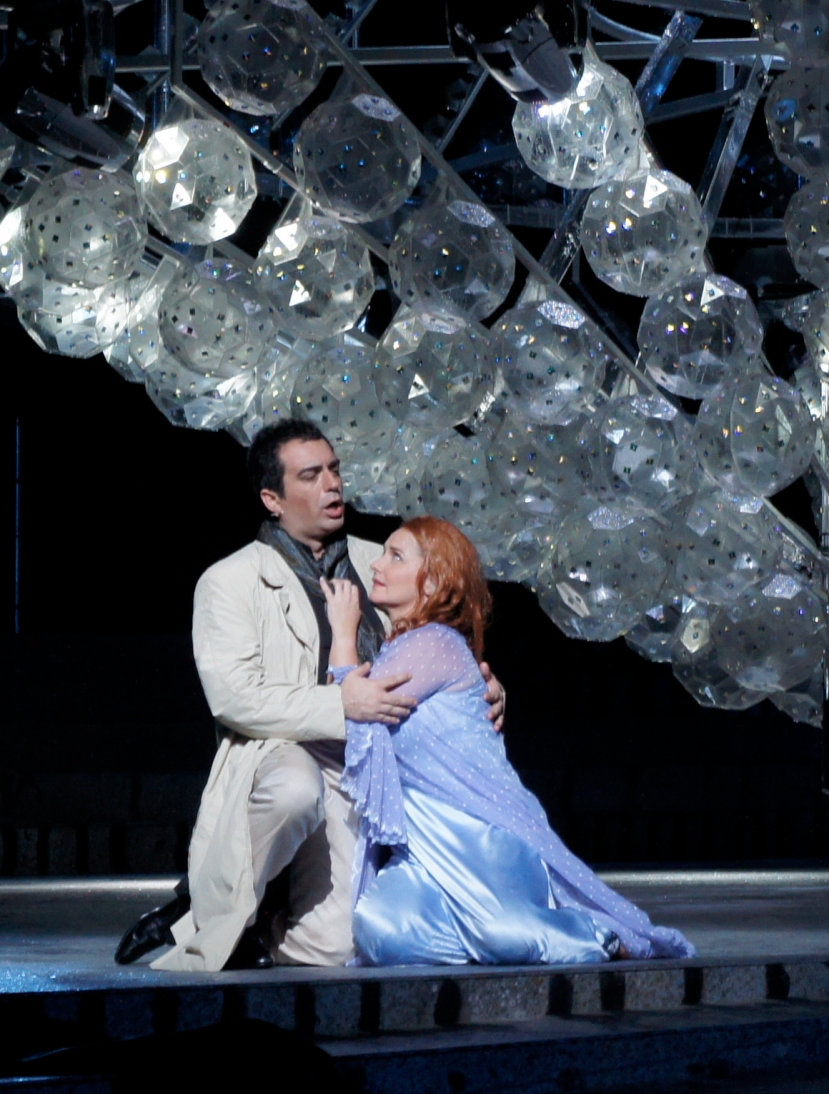 Violetta feels a final surge of life, but (spoiler alert!) it is not to be.

The lead cast take a bow.

This article was published on Theatre People on 23 March 2012.