Salacious subject matter, swinging era and groovy location all point to a terrific idea for a musical, but even with the world’s top theatre practitioners on board, that lightning-in-a-bottle magic of a hit musical has eluded Andrew Lloyd Webber yet again. It is a disappointing affair overall, and yet still well above the so-bad-it’s-good category, meaning a middling night at the theatre, with little atmosphere or buzz in the audience before, during or after the performance.

It all looks so good on paper: book and lyric writers Christopher Hampton (Sunset Boulevard) and Don Black (Tell Me On A Sunday), Director Richard Eyre (Mary Poppins), Designer Rob Howell (Matilda), Lighting Designer Peter Mumford (King Kong) and Choreographer Stephen Mear (Mary Poppins). Tame where it should be tantalizing, and lame where it should be tensely dramatic, the show becomes progressively bogged down in facts and details, all the while presenting a muddy aesthetic that is not a patch on, say, the visual splendour of Mad Men.

Mear is given precious little choreography to do. Eyre generally establishes the large range of characters early, and keeps the company’s energy high lest the action become any duller than necessary. Howell delivers a particularly sub-par design, inexplicably using acres of swooshing curtains that are incapable of reflecting Jon Driscoll’s projections, as basic as these might be.

The one gentleman who acquits superbly is star Alexander Hanson. Playing the title character with suave charm and dapper flair, Hanson maintains a magnetic presence while acting and singing with an appealingly understated style. Hanson endeared himself further to the audience at this performance with a quick ad lib after dropping his cigarette case, spilling cigarettes down the raked stage. 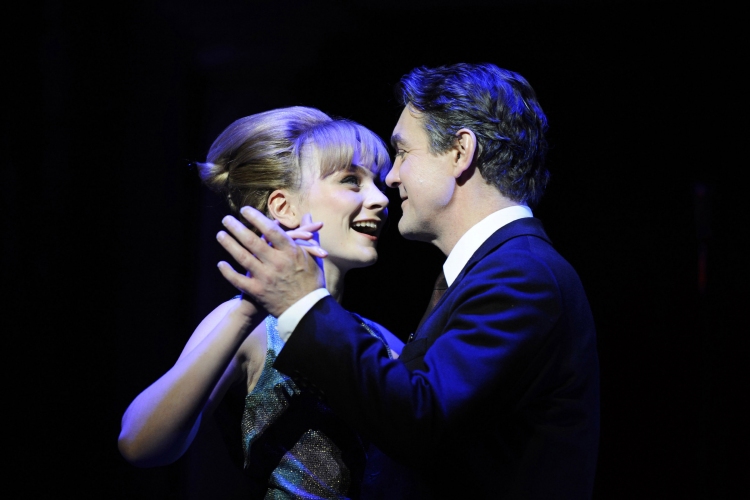 Osteopath to the stars (an entrée to high society that would be unbelievable if it was not true), Stephen Ward took the glamour lifestyle further by cultivating connections with gorgeous showgirls, hooking them up with his friends and clients. Making a strong case for the pardon of Ward, the show presents him as a harmless social butterfly who was merely greasing the wheels of the inevitable sexual exploits of the upper echelon. The key incidents of central sex scandal “The Profumo Affair” seem to happen purely by chance, with Ward having no agenda, other than the provision of sexual pleasure, when introducing Mandy Keeler to both Profumo and Yevgeny Ivanov. His prosecution on morals charges is seen as merely a way for the well-connected men involved to wash their hands of the case, making scapegoat Ward a “Human Sacrifice.”

Webber makes a rare departure from his long-favoured sung-through mode of writing, yet still retains a little of the clunky sung exposition. More noticeably, he is unable to set aside his romantic tendencies, throwing in some swirling melodies that are a bit out of place in this decidedly unromantic tale. As with the operas in The Phantom of the Opera, Webber again demonstrates his flair for pastiche with catchy 1950s nightclub number “Super-Duper Hula-Hooper.” Further amusement comes with chorus romp “You’ve Never Had it so Good (You Never Had It So Often)” enhanced by clipped “Ascot Gavotte”-style delivery. As long-suffering wife of Profumo, the redoubtable Joanna Riding lands the stirring power ballad “I’m Hopeless When It Comes To You.” Otherwise, fans familiar with Whistle Down The Wind and The Woman in White will find nothing new or surprising. 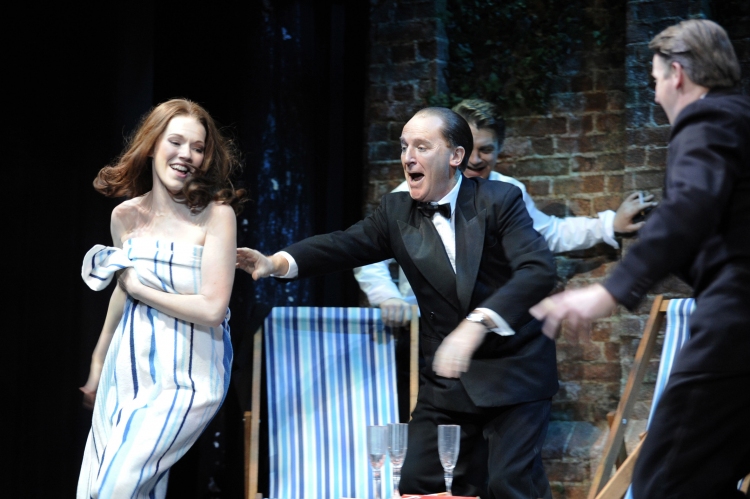 Stephen Ward was reviewed 7.30pm, 30 December 2013 at Aldwych Theatre, London, where it has an open run.