Utterly charming in every regard, new musical Calvin Berger has warmth and wit to spare.

As an update of classic play Cyrano de Bergerac, the present day setting works perfectly. Playwright Edmond Rostand would have loved to know that one day his proboscis-ly challenged hero would deliver his poetry to tongue-tied Christian (Matt) through an earpiece via cellular phone. The cast is trimmed to a lean four characters here, as nerdy high school senior Calvin helps brawny new guy Matt win the fair Rosanna all the while not realising his best friend Bret is in love with him.

Such is his ear for authentic dialogue, writer Barry Wyner must have a house full of teenagers, or at least be a high school teacher. Wyner’s deftest touch is the layers of self doubt and even self loathing that plague each of the four lead characters, even, or perhaps especially, the “it” girl and the jock. Although there is perhaps a little too much talking on the phone (as opposed to instant messaging) for teenagers, the other aspects of teen culture are accurately represented. Body dysmorphia and bulimia, which could very easily be out of place in a musical comedy, are handled in a genuine and gently humorous way. There are no pat solutions; the characters have to struggle to accept their shortcomings and capitalize their strengths.

Director Casey Gould has brought out natural, believable performances from his cast. The story is instantly engaging, and deadpan delivery scores loads of laughs from the sly wit Wyner’s dialogue and lyrics. Committed, skillful performances, along with the edgy material, keep the piece well clear of an “after school special” vibe. There may not be the zing or complex psychological undertones of Sondheim, Brown or Lapine, but Wyner has written an accessible, entertaining score and script that is handled expertly in this production. 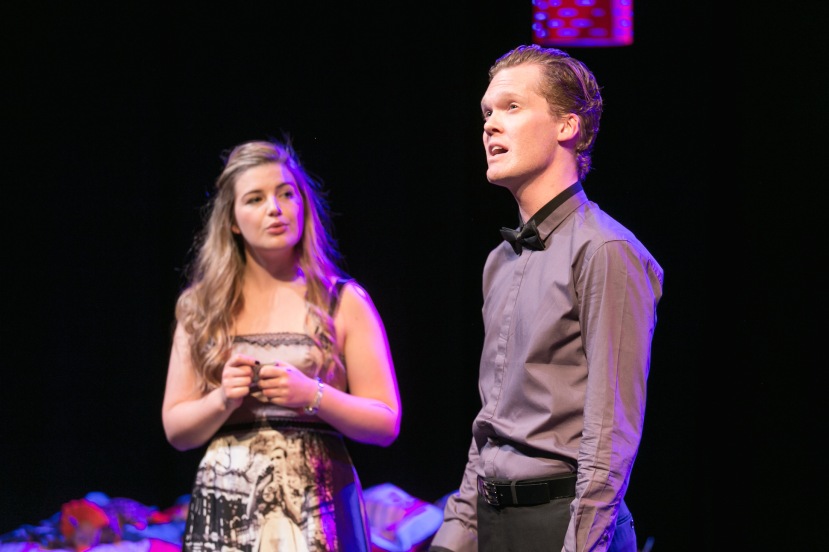 Choice of venue for Calvin Berger is interesting. The Southbank Theatre lends a certain sheen to the season, although it may have felt more at home at Melbourne’s boutique musical venue of choice, Chapel off Chapel. A distinct advantage of this venue is that rather than blasting the audience out of their seats, the singing is presented acoustically, with gentle accompaniment from a three-piece band. Under the musical direction of Loclan Mackenzie-Spencer, also on keyboard, the vocals and harmonies are excellent, and the fresh score is a pleasure to hear.

Set and costume designer Adam ‘Gus’ Powers facilitates a smooth, streamlined flow, and gives a unique look to the extensive wardrobes of each of the characters.

Just as Sutton Foster went without makeup effects in Violet, so Glenn Hill plays the terrific leading role of Calvin with no assistance from derma wax. The audience happily suspends disbelief, as Hill plays the large nose as very real to Calvin. In a score full of “I Wish” songs and yearning ballads, Hill is an endearing and affecting leading man.

Rebecca Moore lands some delicious humour as troubled nice girl Bret, dialing down her own beauty to play the wholesome girl next door. 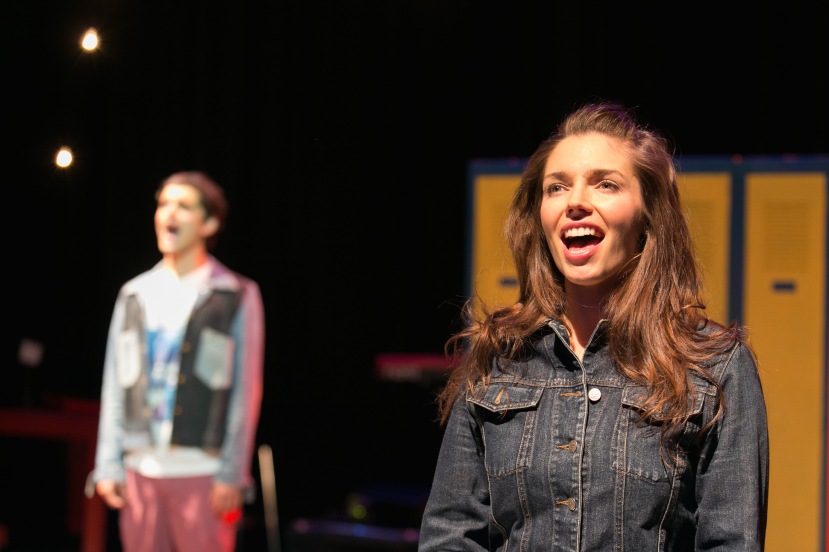 Teagan Wouters is in top form as Rosanna, clearly conveying the doubts and demons of a gorgeous girl who seems to have it all. Wouters also shows that her singing voice is just as strong and impressive without amplification.

As shy jock Matt, who has the vocabulary of Kath and Kim and the memory of Dory, Robert Tripolino is perfectly cast, achieving similar success to Wouters in making self-doubt believable despite attractive looks.

A great new find for musical theatre enthusiasts, Calvin Berger also deserves to be toured to secondary schools across the country.

Calvin Berger was reviewed at 2pm on 13 September at Southbank Theatre, The Lawler where it played 10-13 September 2014.