The Australian Ballet unveiled their “Year of Beauty,” announcing their eagerly anticipated 2015 season.

A couple of items had been known in advance, with tickets already on sale for a unique season Graeme Murphy’s Swan Lake at Sydney’s Capitol Theatre, and a fundraising campaign underway for the brand new staging of gold-plated classic Sleeping Beauty.

Sleeping Beauty will premiere in Melbourne in September, with seasons in Perth in October and Sydney in November/December. Directed by Artistic Director David McAllister, the new production will serve as a legacy of his highly successful tenure. Design promises to be a particularly exciting aspect of this new version, with both costumes and scenery coming from the brilliant mind of Gabriela Tylesova (Love Never Dies, The Turk in Italy).

While the season of Graeme Murphy’s Swan Lake will be exclusive to Sydney, Melbourne will be blessed by the quick return of 2013 smash hit Cinderella (below), which features choreography by Alexei Ratmansky. 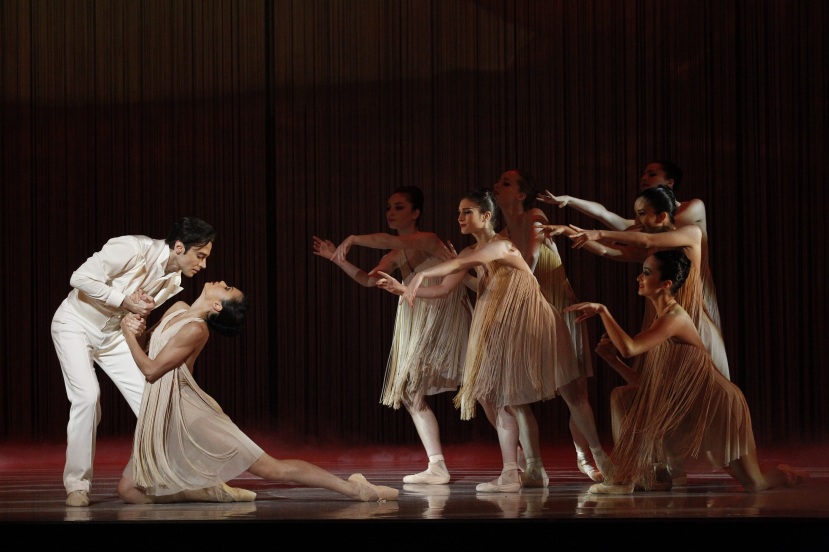 2015 will see the return of Maina Gielgiud’s production of classic full length ballet Giselle in Melbourne, Sydney, Canberra and Adelaide.

Triple bill The Dream will celebrate the work of Frederick Ashton, with 1964’s The Dream  (based on Shakespeare’s A Midsummer Night’s Dream), as well as Monotones II (1965) and Symphonic Variations (1946).

A second triple bill 20:21 will feature a new work by resident choreographer Tim Harbour, alongside the premiere of George Balanchine’s Symphony in Three Movements (1947) and Twyla Tharps’ In The Upper Room (1987), which has been performed here previously.

After being seen in Melbourne for the first time this year, Bodytorque will not return in the same format as seen in the past. New choreography will be showcased in “pop-up” performances after each of the triple bills.

Full details of Season 2015 are available at The Australian Ballet. Subscription packages are on sale from 9am on Wednesday 17 September 2014.

Man in Chair’s 2014 reviews of The Australian Ballet:

Kevin Jackson and Madeleine Eastoe in The Nutcracker “Kevin Jackson brought a heroic nobility to the Prince, with his mighty quadriceps propelling him to great heights.”

Daniel Gaudiello and Madeleine Eastoe in La Bayadère “In the third of their act three pas de deux, the pair really soars, leaving no doubt of the power of their love.”

Adam Bull and Lana Jones in Imperial Suite “As a pair, Jones and Bull communicate in imperceptible shorthand that conveys trust and enhances their synchronicity.”

A range of artists in Bodytorque.DNA “Vividly representing the theme of all love being equal, Topp stages a rare pas de deux between two men, to the gorgeous sound of Faure’s Opus 50.”

A range of artists in Chroma “…the chief attraction here is the opportunity to see so many of The Australian Ballet’s wonderful Principal Artists on stage together.”

A range of artists in 2014 Telstra Ballet in the Bowl “…a mutual opportunity for the dancers and the ballet-loving public of Melbourne to show their love and affection for each other.”