The rags and grime of Les Misérables have been cast aside at Her Majesty’s Theatre, Melbourne prepares for opening night of Strictly Ballroom the Musical. 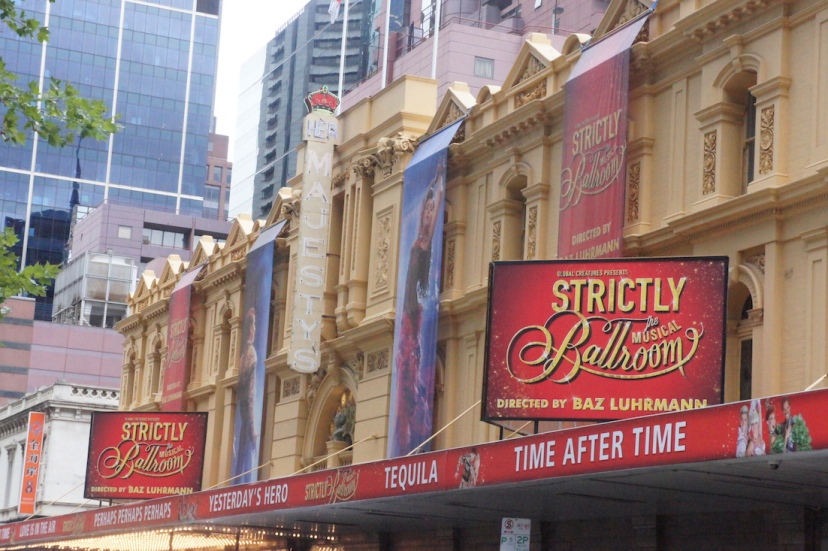 The auditorium is decorated in the style of a Dance Sports arena. 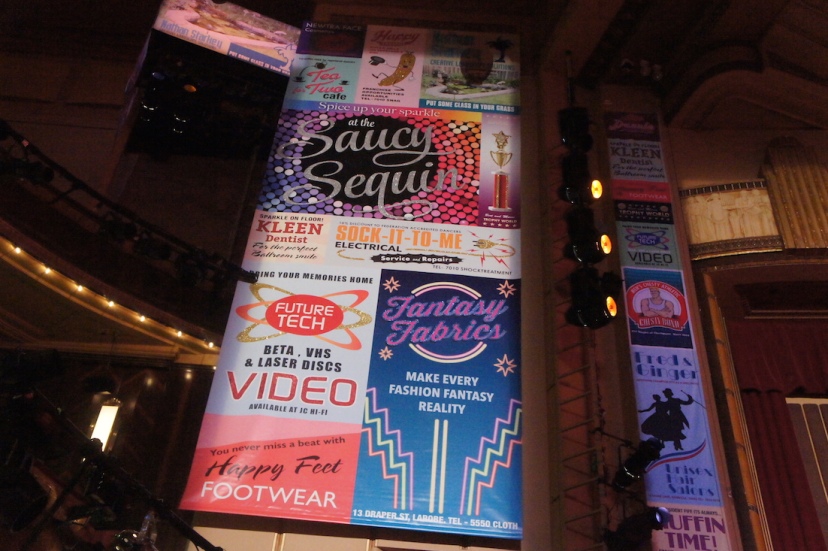 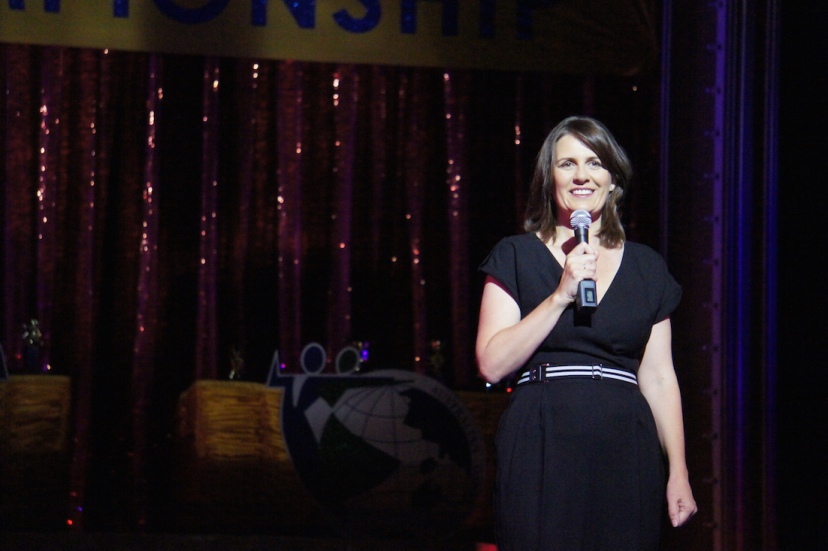 Strictly Ballroom creator Baz Luhrmann spoke about the background for the show and his love for Melbourne.

The first number performed was the Samba, which is introduced by JJ Silvers, played by Mark Owen-Taylor. 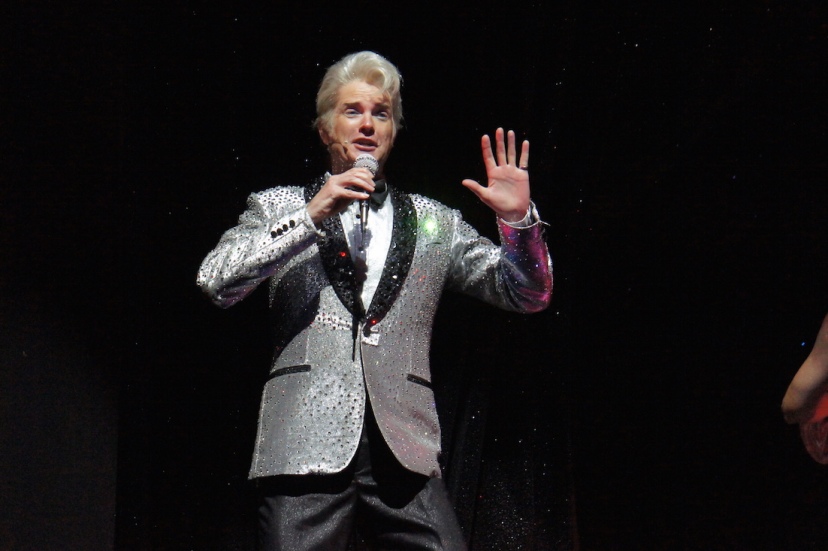 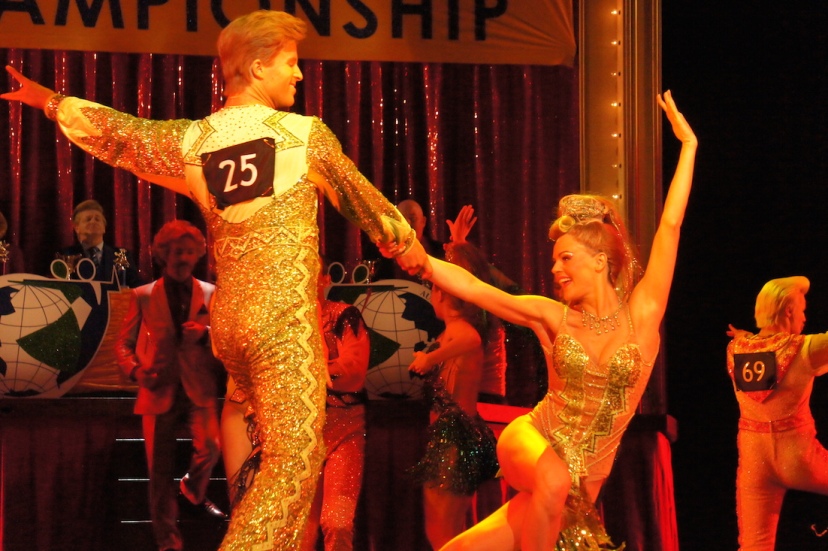 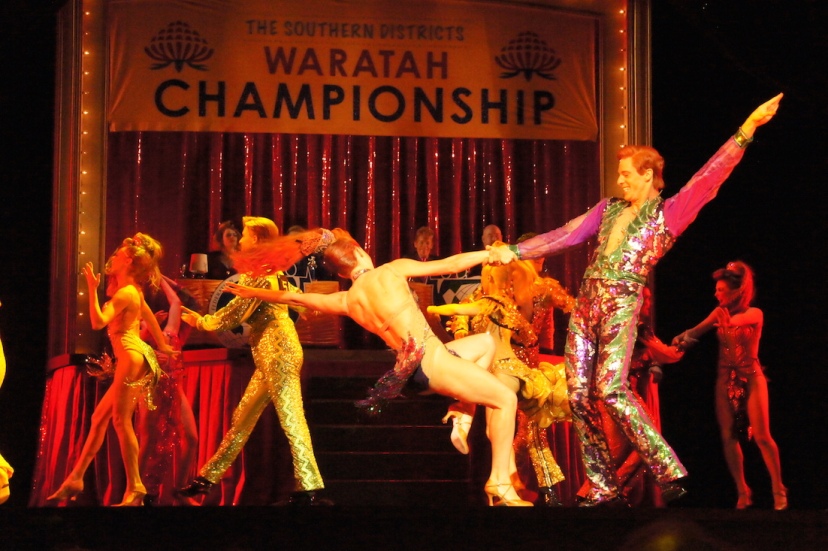 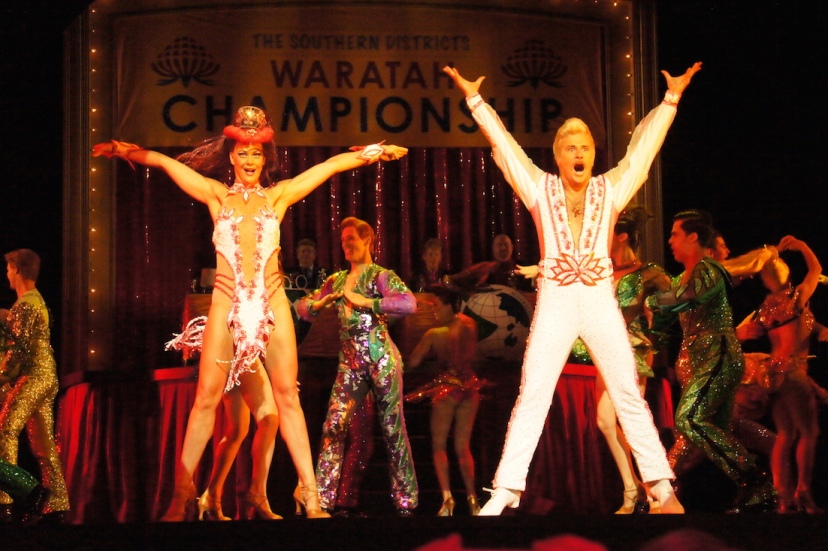 Shirley Hastings, played by Heather Mitchell, is proud of her students from Kendall Dance Studio. 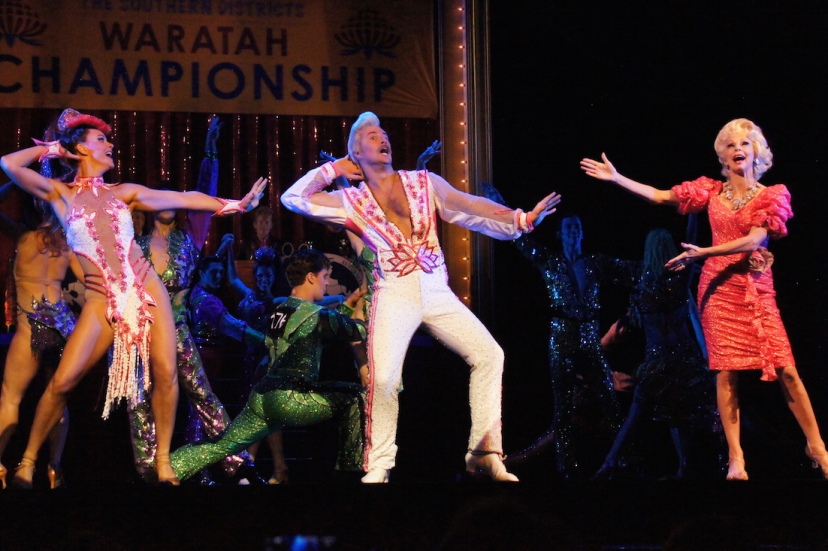 Luhrmann was joined on stage by wife and creative partner Catherine Martin. 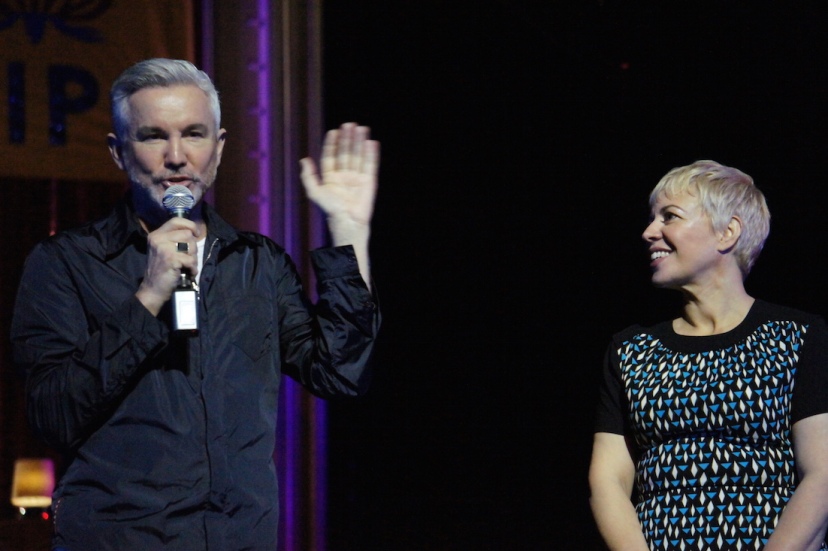 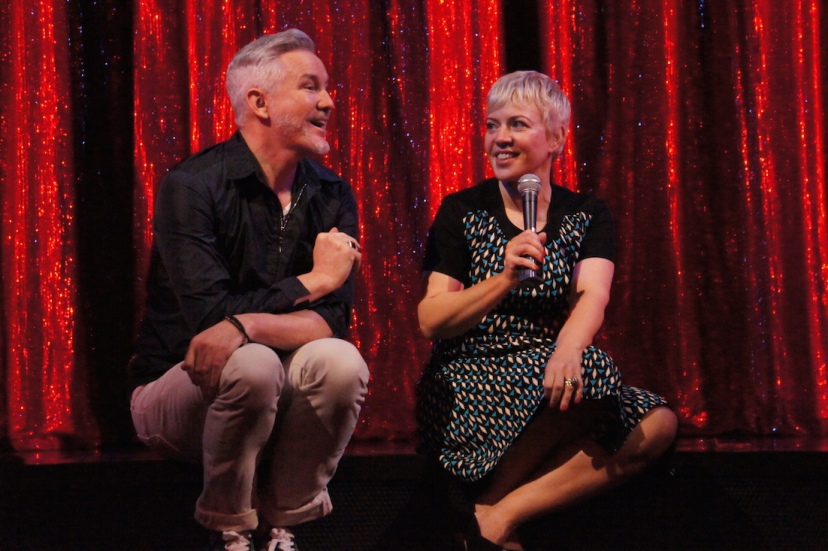 “Time After Time” dissolves from an intimate rooftop scene to a fantastical dance number. 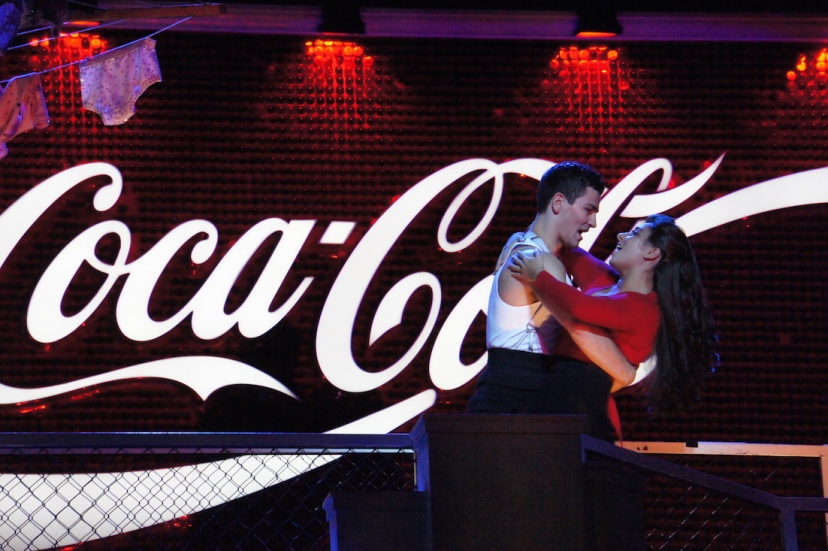 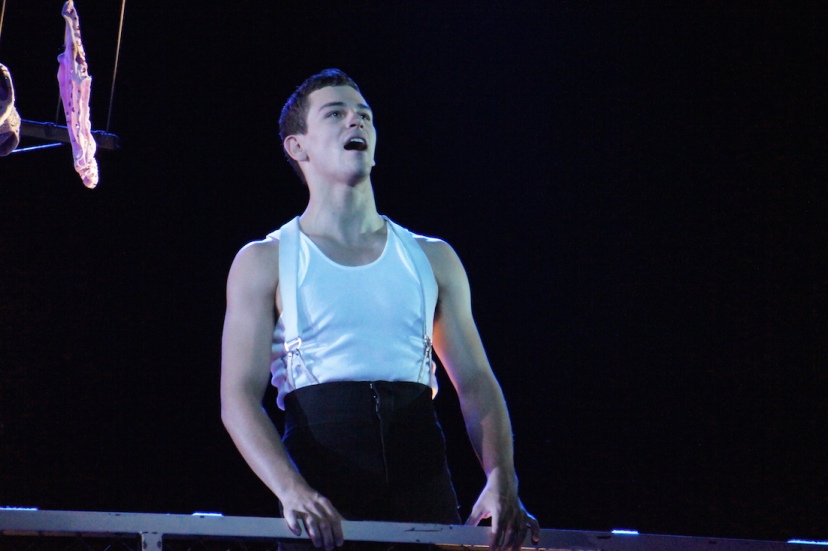 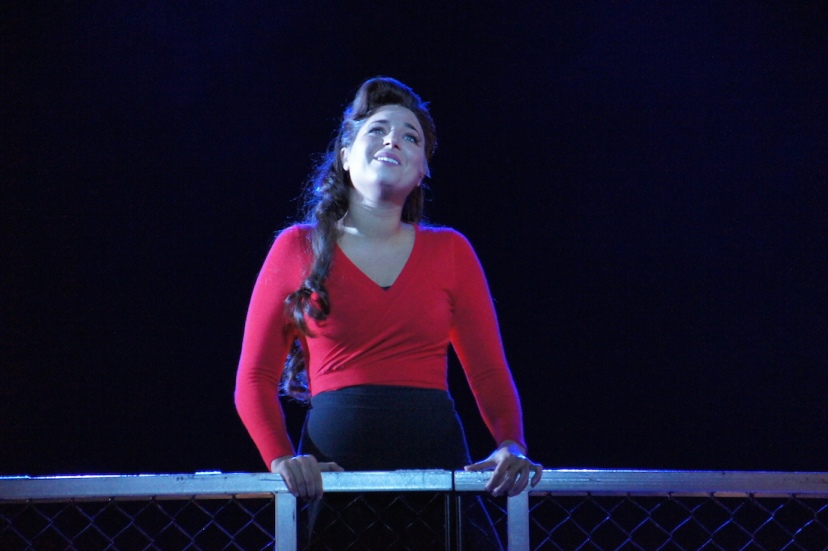 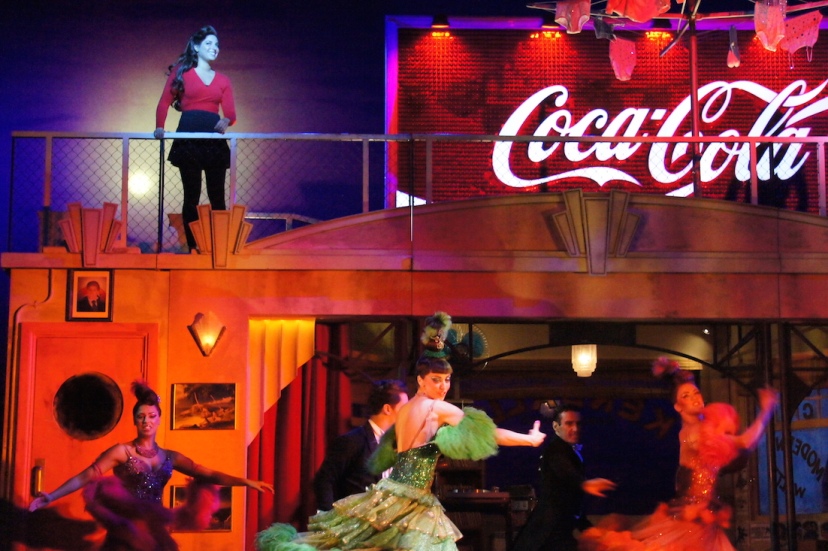 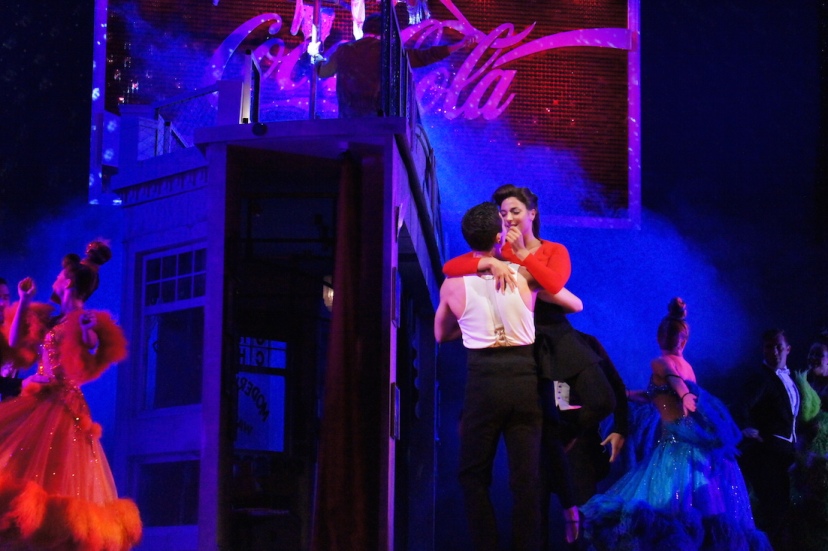 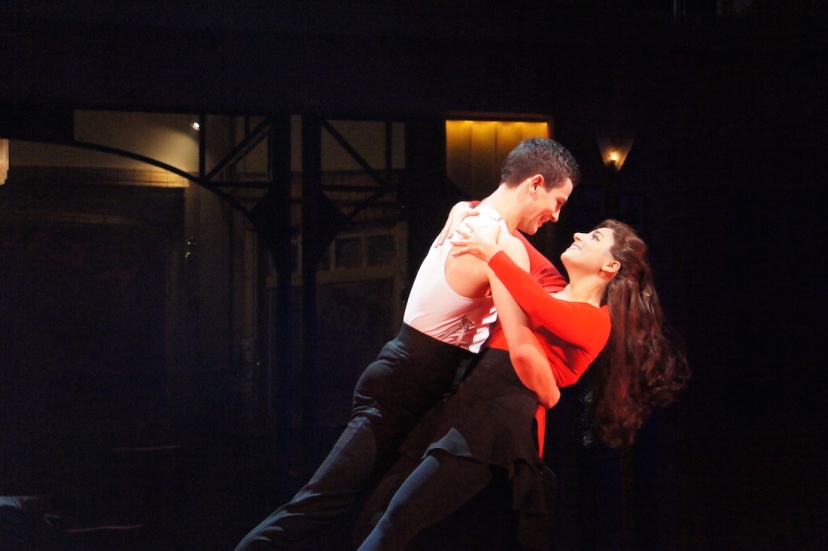 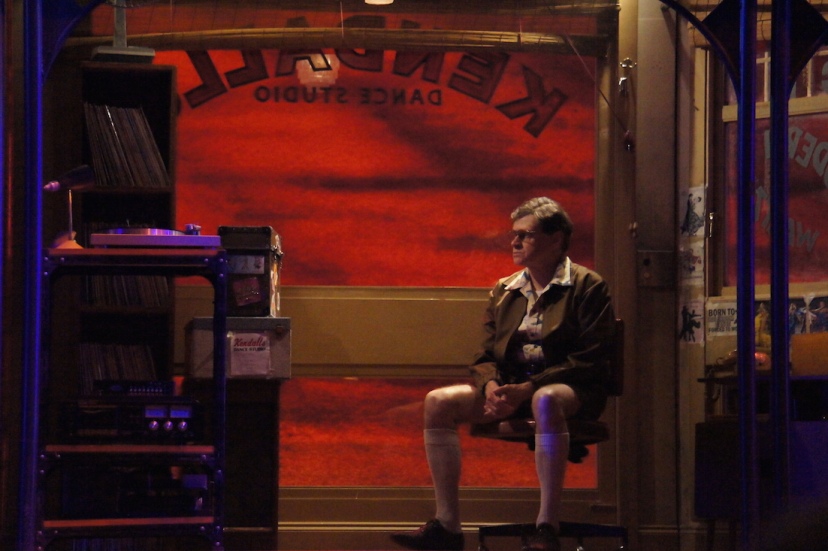 The full cast in front of the signature red curtain. 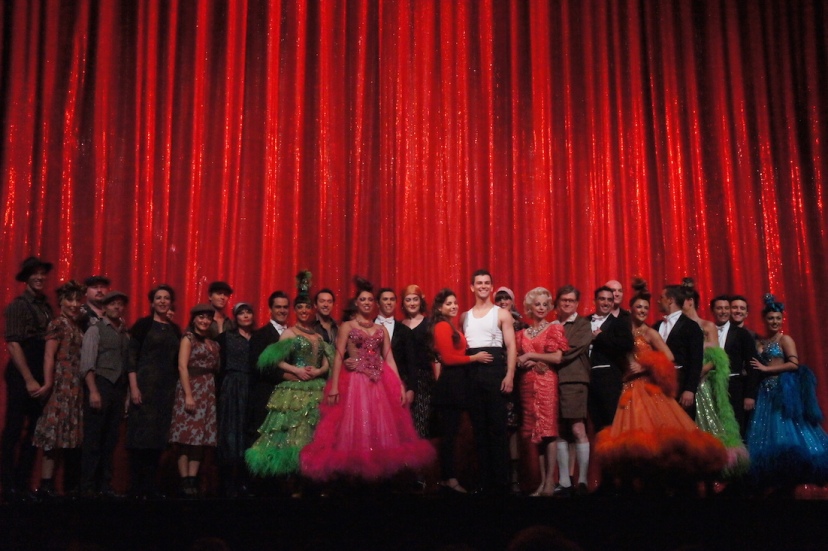 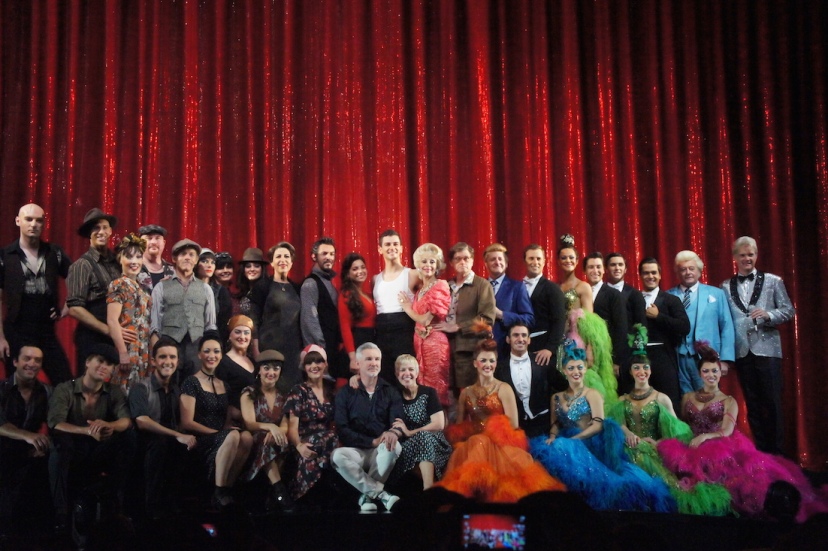 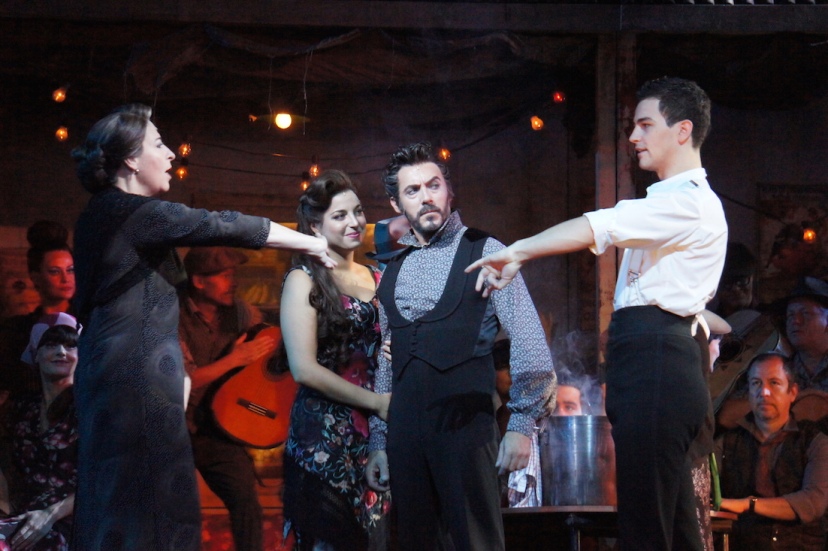 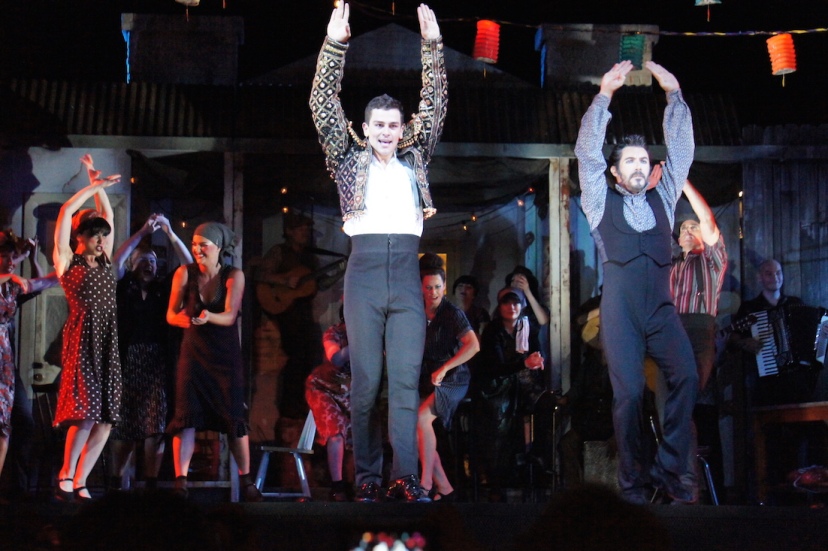 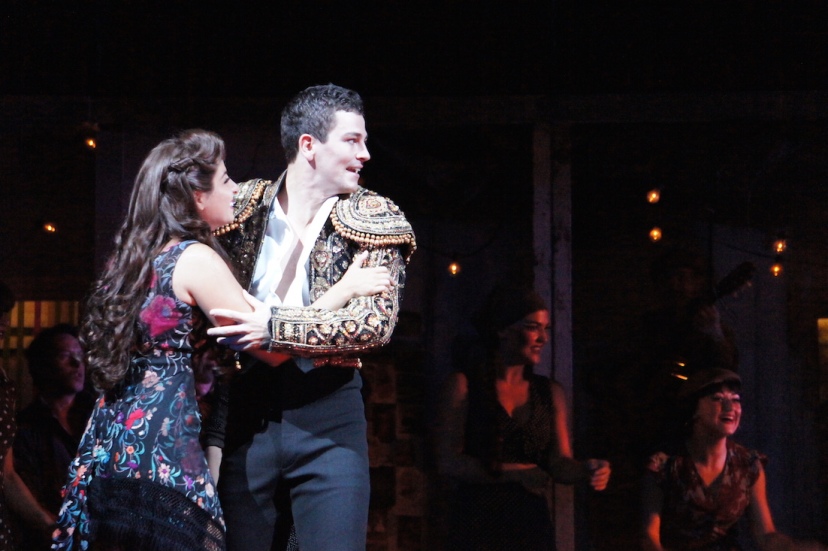 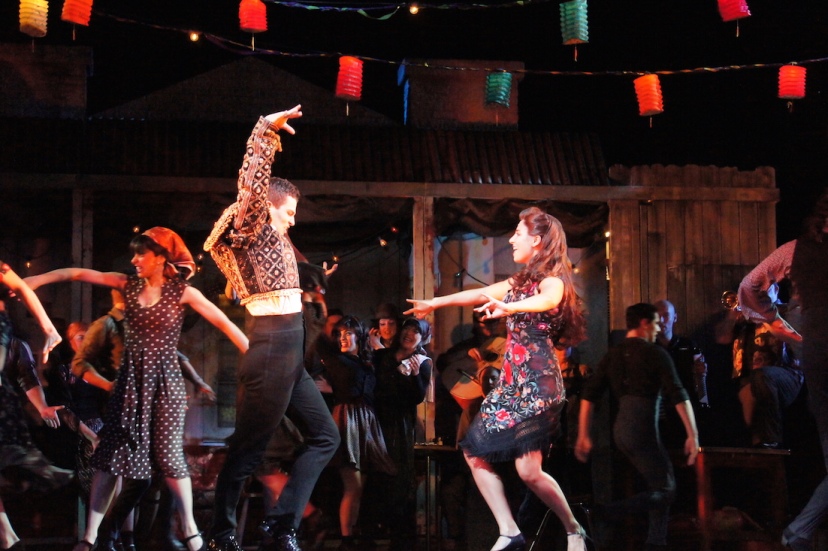 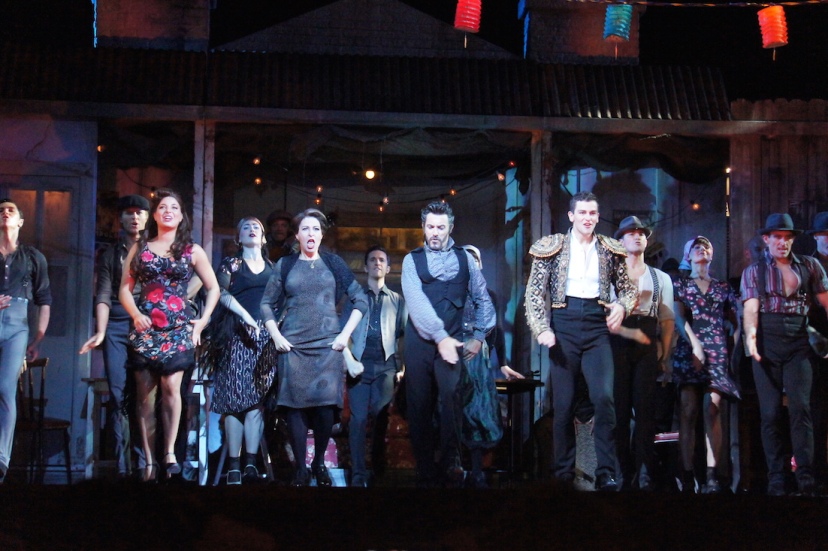 Luhrmann had nothing but praise and admiration for his hard working cast. 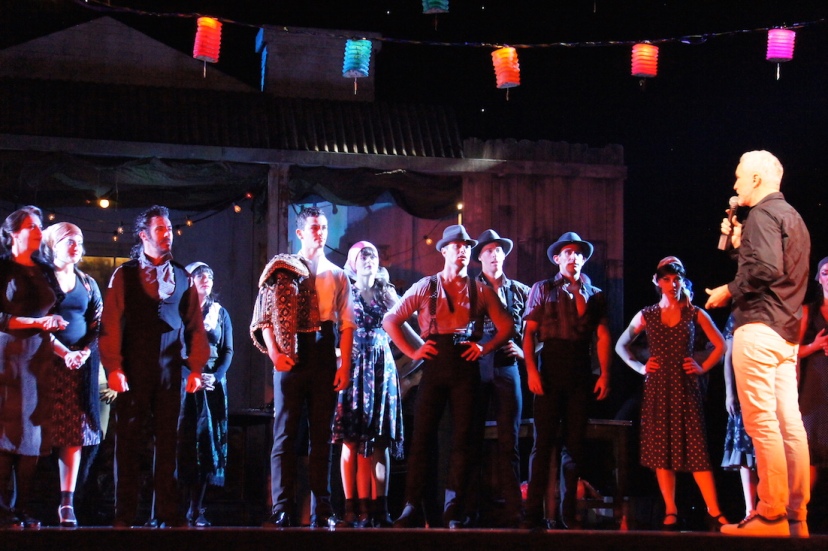 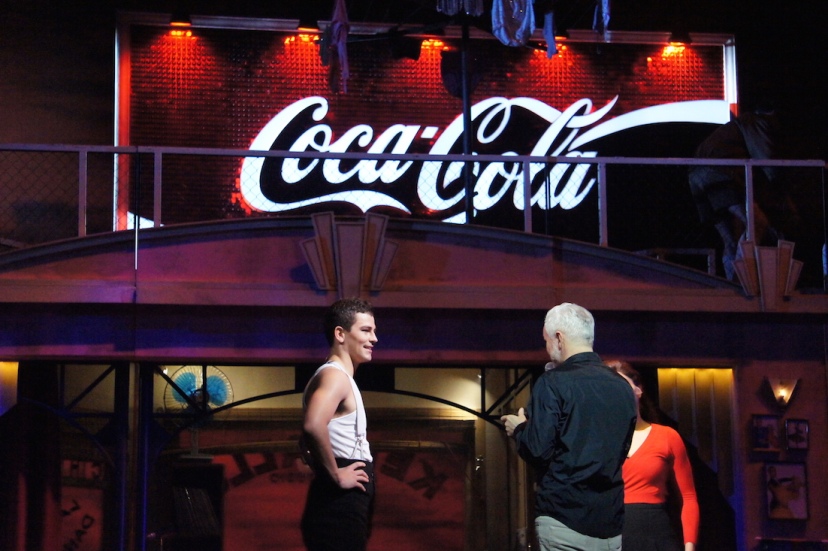 Official opening night of Strictly Ballroom is this Saturday, 17 January 2015. 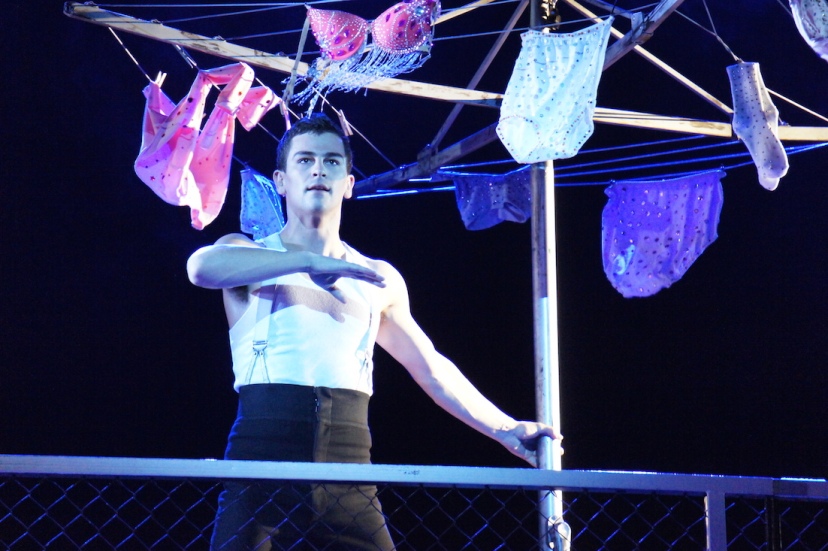