If someone that young and beautiful needs to travel up, up, up to the Heaviside Layer then I am afraid that there is no hope left for me. 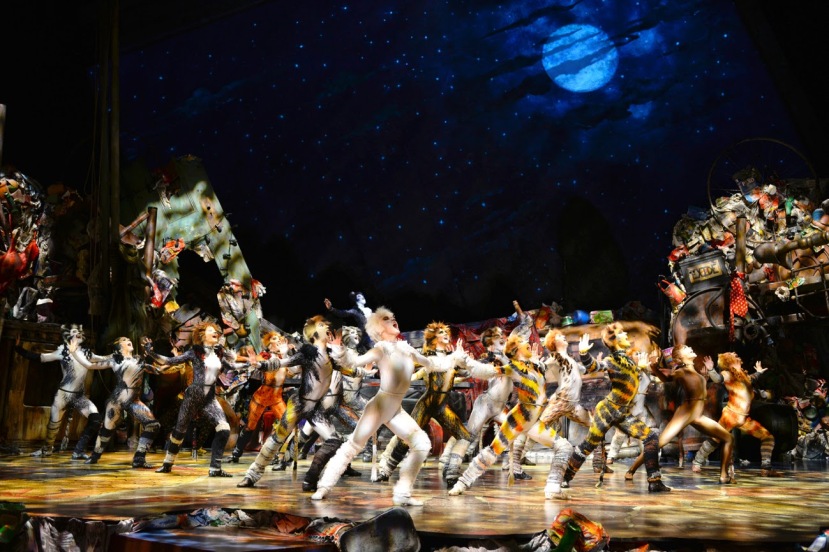 Apparently known for her previous feline incarnation as a Pussycat Doll, Nicole Scherzinger may be younger and prettier than the traditional diva playing Grizabella, but boy can she sing. In a production that’s already pretty high volume, Scherzinger’s piercing belt is rather awesome, especially her rock solid high notes in the climactic “Touch me,…” finale of perennial hit “Memory.”

Cats is back, whether we wanted it or not. And while it easy to be cynical about a bunch of dancers prancing about in legwarmers in a single-set show with no storyline, there is no denying that this is as lavish and epic a staging of Cats that could possibly be desired. For a season that was originally going run 12 weeks, the set design/decoration is really on a massive scale, with the set stretching well beyond the proscenium arch and string of festive coloured lights strung up throughout the auditorium. Compared to its original home at the original New London Theatre, this London Palladium staging is surely the biggest production of Cats that London has seen. 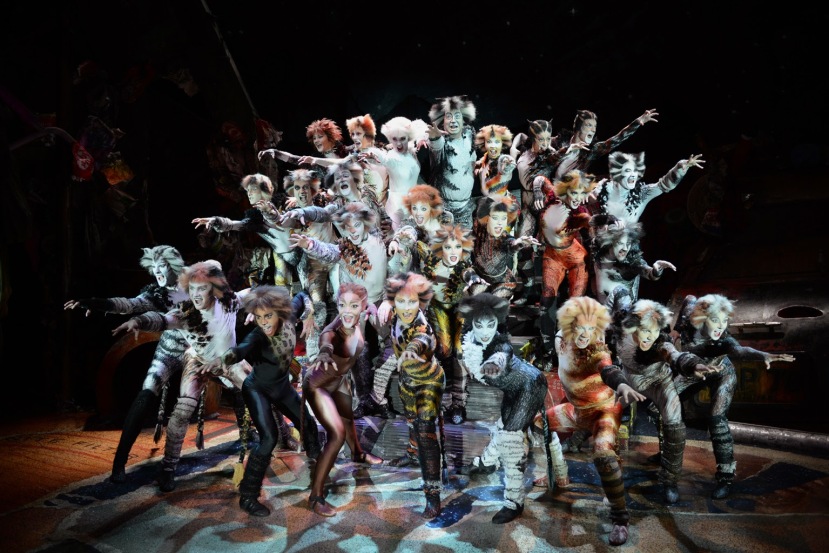 Original Designer John Napier has returned, and according to the number plate on the car, this is his 70th design for record-breaking musical. Updated elements include projected animated clouds on the rear screen and improvements to the magic of the journey to the Heaviside Layer.

To freshen up proceedings, Andrew Lloyd Webber has made some alterations to his score. The dance break for Jennyanydots’ beetle tattoo, in “The Old Gumbie Cat,” has been re-written and extended as a fabulous tap number for Jennyanydots and the beetles. Almost all of the Rum Tum Tugger’s song is now sung about him by the other cats, with Rum Tum Tugger (Antoine Murray-Straughan), now in dreadlocks and bling, just contributing a rap break in the middle.

“Growltiger’s Last Stand” has been re-conceived in a groovy jazz/soft shoe style. Disappointingly, the duet between Growltiger and Griddlebone has been excised completely. This reduction, coupled with the very basic mast and sail for Griddlebone’s ship, makes this once great section fall flat.

Director Trevor Nunn and associate director/choreographer Gillian Lynne have revisited their masterwork. An interesting development in the time since Cats premiered, and a good reason to re-visit the show, is the proliferation of training courses for young performers. Music theatre performers once had talent and passion, now they also come fully trained. Along with the quality of the singing in this production, the ability of the ensemble to create quirky, interesting characters is very noticeable and adds to the overall quality on show.

David Hersey’s lighting is practically a show in its own right.

Given the wildly varying quality of lyrics in modern musicals, it is striking to hear again just how beautiful, intricate and satisfying T. S. Eliot’s poems are in these songs. Unlike his later shows, which focused on repetitiously recycling of a small number of tunes, Webber’s score features an abundance of melodies and is certainly one of his very catchiest.

It is difficult to select highlights from the cast given the uniform quality, energy and commitment. Nicholas Pound exhibits a superb operatic tone as Old Deuteronomy. Callum Train is an exciting, polished young performer as Munkustrap. Joseph Poulton dances up a storm as Mistoffelees.

The prospect of a young theatergoer seeing Cats as their very first is almost too magical to imagine.