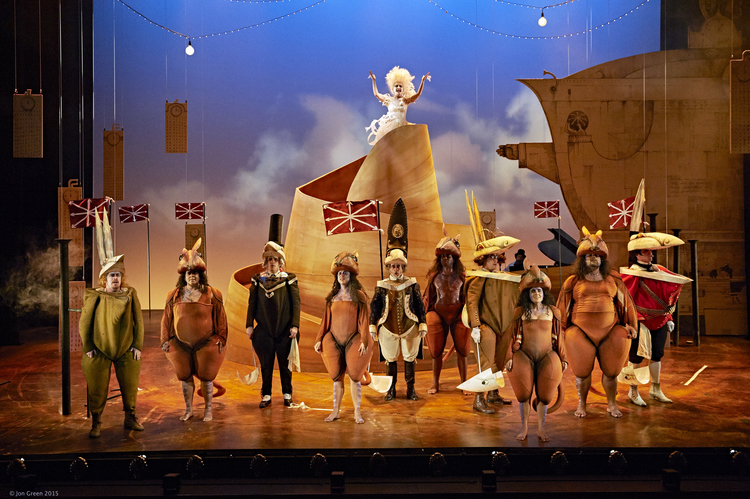 The result of an incredibly satisfying collaboration between a unique set of artists, this new commission from Melbourne Festival and Perth International Arts Festival is a triumph, and deserves to be seen by a much wider audience.

The scenario unfolds gradually on stage, like turning the pages of a children’s book (the second new opera like this in a week). In an allegory for the colonialisation of Australia, the idyllic existence of the indigenous “marsupials” is exponentially disrupted by the invading “rabbits.” 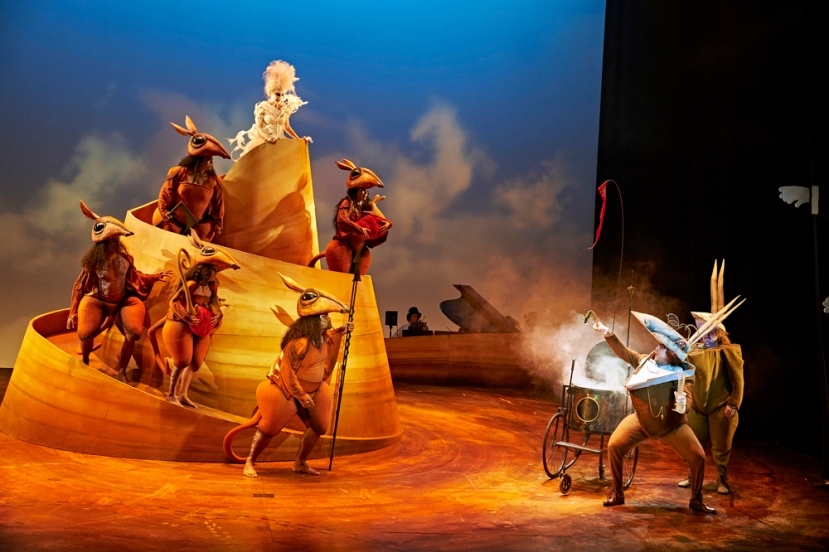 Based on John Marsden’s book, the sixty-minute opera features a series of developments without the structure of a traditional narrative. At opening, the marsupials idle the day listening to another of Coda’s dreams, this one about a flying lizard. That lizard is soon coldly scooped up and squashed into a test tube by A Scientist rabbit. This proves to be the least invasive act of the rabbits, who are soon planting flags where they please, erecting smoke-spewing chimneys, and crowding out the environment with tall buildings and electric lights.

Celebrated designer Gabriela Tylesova is in her element as she recreates illustrator Shaun Tan’s elaborately detailed pictures on stage. As attractive as it is fascinating, the heightened reality has been fully realised by the Opera Australia Workshop. The beautiful stage pictures are expertly enhanced by lighting designer Trent Suidgeest, who seems to create actual climates on stage.

In the most moving sequence, the dear curly tailed babies that many of the marsupials have been carrying are taken from them and sent away on white box kites. As with all the impositions of the newly arrived rabbits, this moment of affecting drama is presented for our own judgment, rather than explicitly explained and unpacked for us. 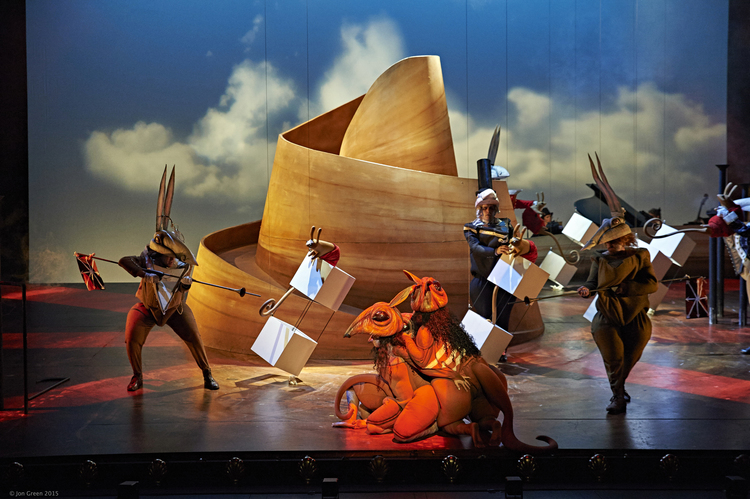 Working with a succinct libretto by Lally Katz, adaptor and director John Sheedy treats the audience’s intelligence with respect, intensifying the impact by developing our affection for the marsupials quickly and efficiently. Dressed in body-contorting costumes, elaborate headwear and face paint, it is a credit to the talent of the eleven performers that they are each able to convey such unique and personable characters.

Kate Miller-Heidke has written a rich, eclectic score that surely warrants repeat listenings. Also a member of the cast, Miller-Heidke plays the fluffily coiffured Bird, our guide and host for the evening. Perched high upon a spiralling Pride Rock-type cliff face, Miller-Heidke’s Bird connects the piece to the regular world of opera with a diva-like opening sequence that seems to contain the briefest snatches of the Queen of the Night aria. 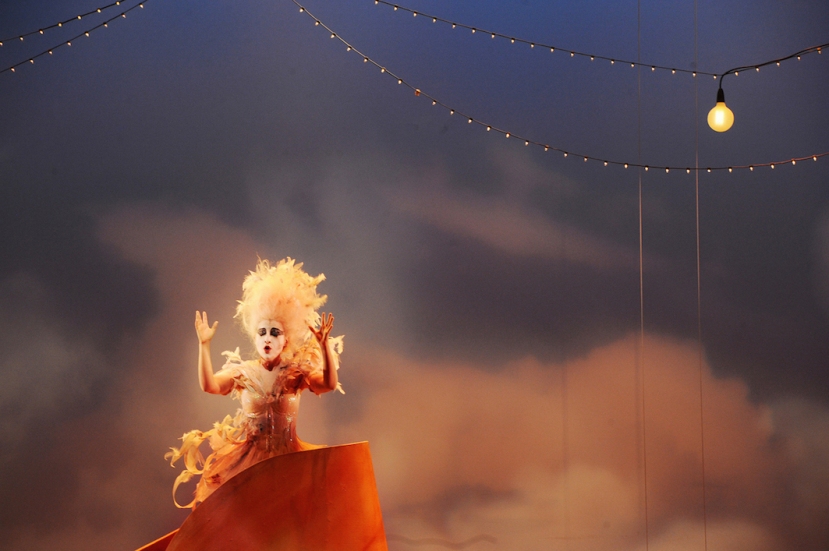 In a move that is more music theatre than opera, the singers are amplified. Still, Michael Waters’ sound design provides a very natural sound to the music.

While it is difficult to select further highlights from the well-matched cast, Hollie Andrews must be mentioned for her adorably wide-eyed portrayal of kindhearted Coda. Andrews’ lovely singing voice is a pleasure to hear. Chameleon-like opera regular Kanen Breen expands his vocal repertoire with a stunning falsetto of such richness that he sounds like a legitimate counter tenor.

Hopefully, an extended season or at the very least a recording are on the way for superb new Australian Opera The Rabbits. 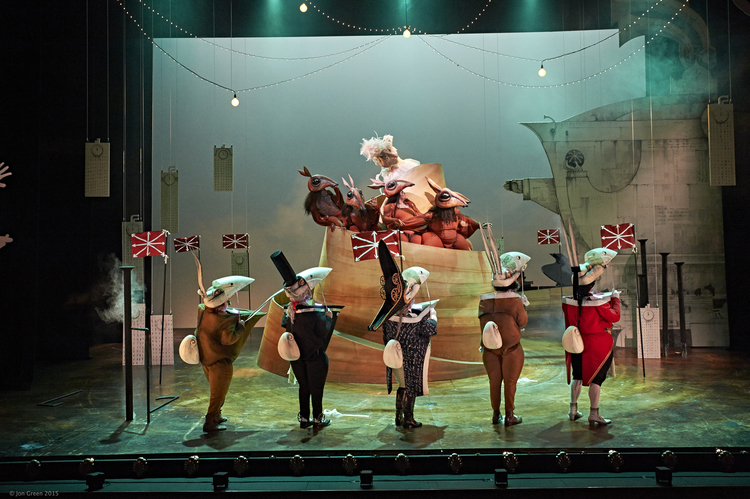 The Rabbits plays a sold out season as part of Melbourne Festival at Playhouse, Arts Centre Melbourne until 13 October 2015.

The Rabbits program can be read online.