Lavishly produced on a grand scale, it is the intimate, intricate details that really distinguish Houston Ballet’s Romeo and Juliet, a very welcome addition to The Australian Ballet’s 2016 season. 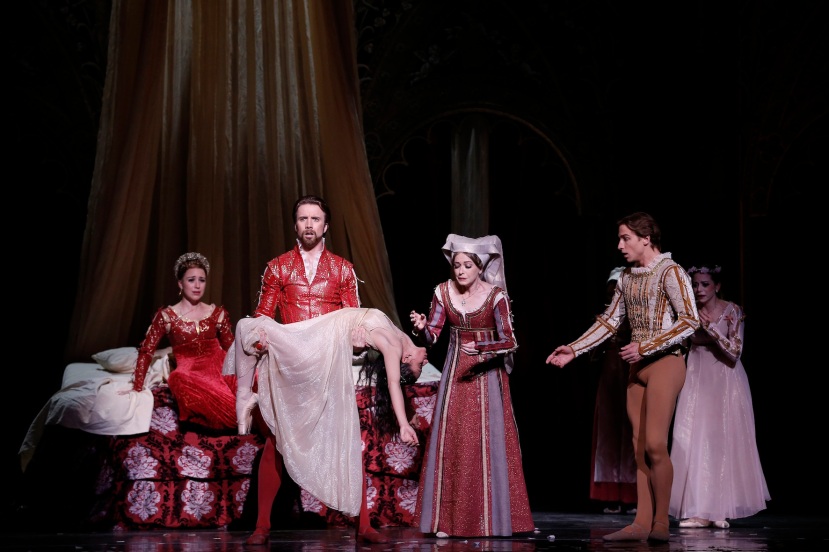 Currently serving as both a resident choreographer at The Australian Ballet and artistic director of Houston Ballet, Stanton Welch makes the most of the opportunity to bring Houston Ballet on their first visit to Australia. Houston Ballet’s first new production in 28 years, Romeo and Juliet premiered in February last year. Welch’s masterful choreography showcases the full company of dancers superbly, with two dozen featured roles and large corps de ballet on stage.

Welch’s dual achievements here are the dramaturgical strength of the narrative and the excitingly modern yet respectfully traditional choreography.

While familiarity with the full spectrum of characters may take a little effort with consulting the program during the two intervals, the key elements are told in clear strokes that are coloured with cleverly conceived nuances and fine details. There are also many welcome moments of gentle humour. The drama is fleshed out with distinctly human characters, and Welch’s frequent juxtaposition of joyous celebration and solemn tragedy makes each loss of life keenly felt.

The stunning quality of Welch’s choreography is inseparable from the strength and precision with which it is performed. Welch’s profound knowledge of dance allows him to bring a freshness to the balletic expression, especially the fascinating range of lifts. Dance is threaded so naturally through the storytelling it is as if this was Shakespeare’s original intention. The massed swordfight is crisply percussive, with the dancers also providing beats as claps in the dance at the Carnival. The full company dance at the Ball is deceptively simple yet visually stunning. 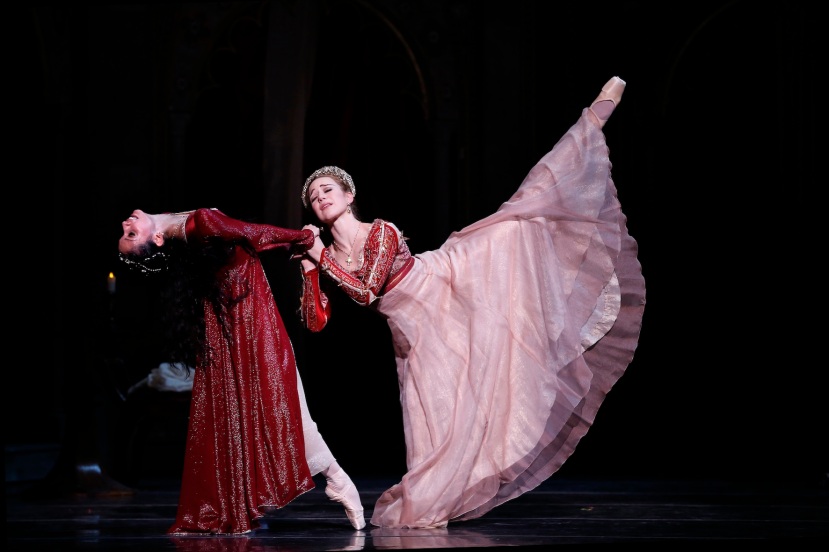 Roberta Guidi di Bagno has designed the production on an epic scale. Audience members who have seen Met Opera productions, whether live or in cinemas, will have some idea of what to expect. In place of crinkled painted backdrops hung on netting there are multiple towering units, which face one way for the market and the other for the sumptuous interior of the Capulet castle. A series of grand tapestries hangs in the hallway of the castle, and the various chapel settings bear the rich symbolism of the medieval church. A striking transition occurs in act three, when the black cloth behind Juliet’s funeral cortege shimmers to the ground revealing the Capulet crypt adorned with countless flickering candles. 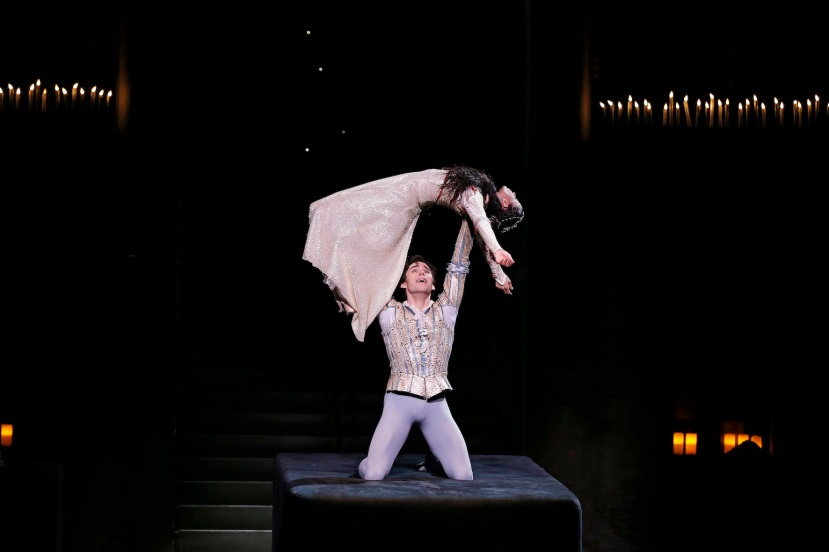 Costuming, also by di Bagno, is equally meticulous and visually appealing. Members of the house of Capulet dress in blood red with a regal purple stripe and ornamental touches of gold. The house of Montague is dressed in shades of steely grey and powder blue, which is particularly attractive for the men’s tights. Members of the House of Escalus sport a neutral palette fawn and cream, which is, it should be noted, more masculine than it sounds. With nary a tutu in sight, the women’s full length dresses flow and sway with elegant splendour. Juliet’s ball gown is a highlight, a red gown encrusted with so many fine white crystals as to appear pink overall. 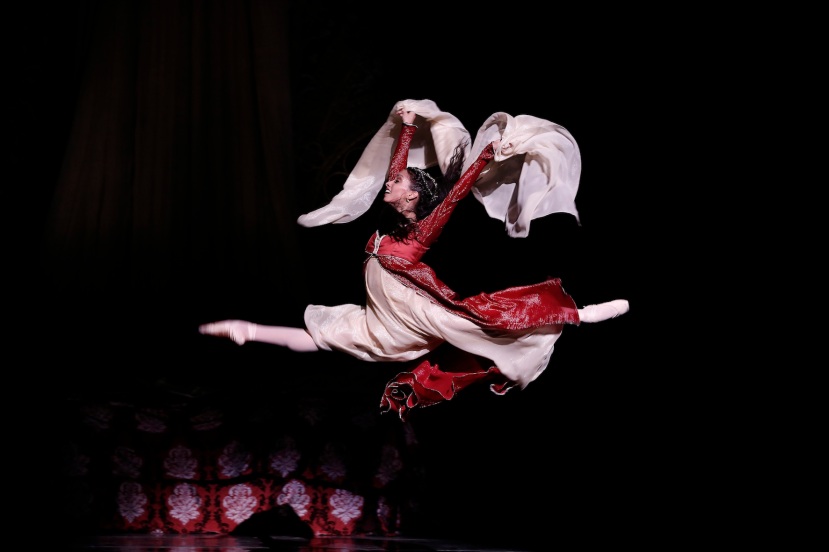 Lighting designer Lisa J Pinkham often makes interesting use of shadowy effects rather than full bright light. On the large stage filled with many dancers, the eye is subtly drawn to key moments and characters.

Houston Ballet Principal Artists Karina González and Connor Walsh dance the title characters with exquisite grace and breathless passion. Beaming with adolescent joy as the burgeoning Juliet attends her first ball, González appears light as a feather as she dances with seemingly effortless beauty. Walsh’s open face conveys the noble Romeo’s ardent desire for the fair Juliet and also his crushing disappointment at the losses that ensue. Welch interrupts the pair’s first attempt at a pas de deux at the ball, rewarding our patience with a sweeping expression of love in the balcony scene. The bedroom scene pas de deux is another gorgeous dance highlight. 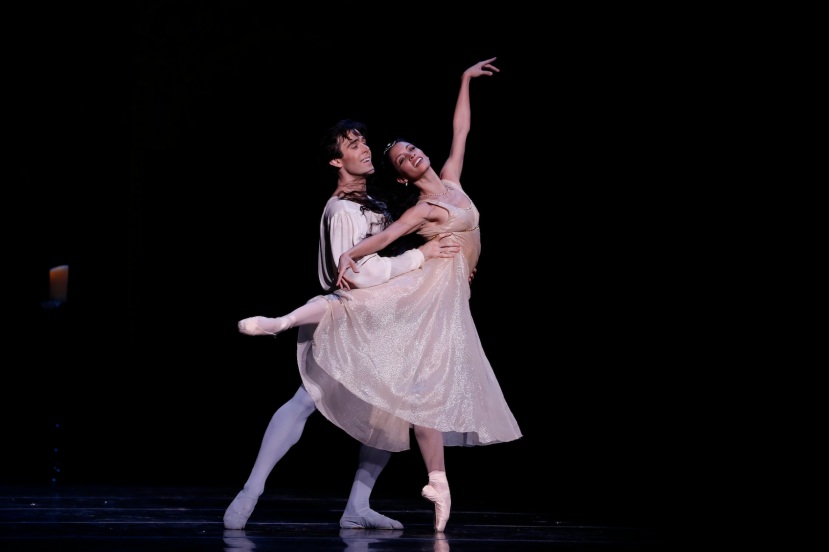 Fellow Principal Artists on stage are Ian Casady as the gallant, well-meaning Paris, Melody Mennite as winsome maiden Miranda and Sara Webb as the lovely, but all too quickly passed over, Rosaline. Jared Matthews is particularly impressive as the dynamic Mercutio, whose devoted loyalty to Romeo leads to his downfall. When fighting Tybalt, danced by Christopher Coomer, Mercutio’s side is pierced, leaving him doggedly struggling for balance and breath as he determinedly sees out the duel. 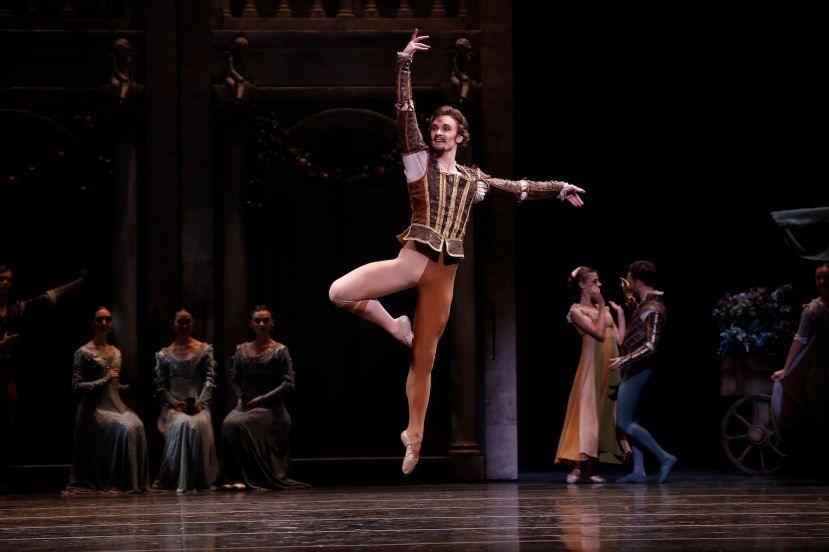 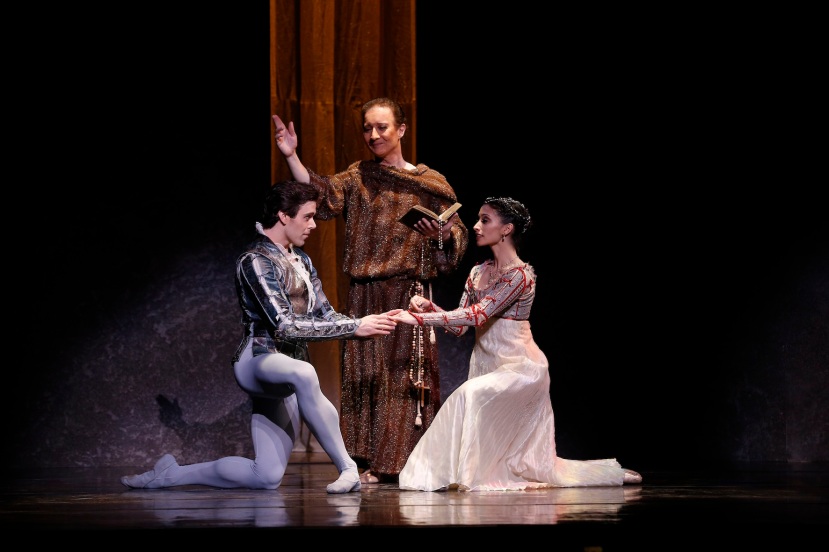 Ballet fans fortunate enough to have secured a ticket for The Australian Ballet’s presentation of Houston Ballet’s Romeo and Juliet are fortunate indeed.