Einstein: Master of the Universe review 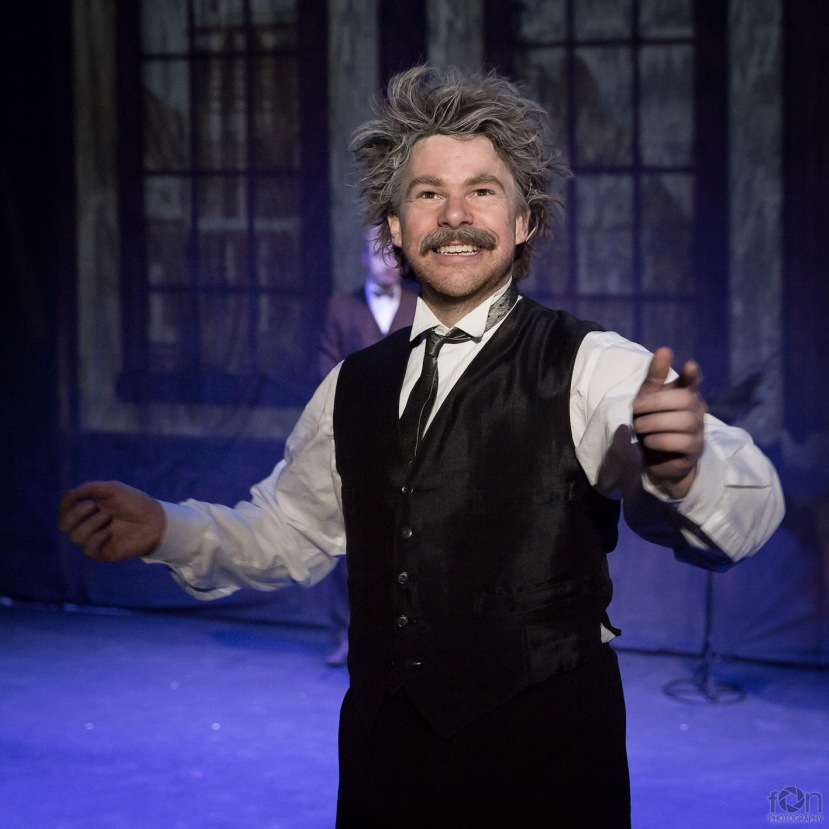 For his first full-length musical, burgeoning young composer Newman has accomplished the rare feat of writing the book, music and lyrics. The almost fully sung-through musical includes a smattering of spoken dialogue (thus avoiding dreary recitative) and includes an impressive range of musical styles in the songs.

As Einstein embarks for America in 1930 he is already a celebrated Master of the Universe. To tell the intertwined scientific and romantic stories of his rise to prominence, the story rewinds to 1900, as Einstein graduates from the Zurich Polytechnic. The parallels to the cycle of modern media attention are shown in the way reporters first ignore the young scientist, then celebrate his achievements, then ruthlessly hound him for fresh material and invade his private life.

While Newman cleverly unfolds Einstein’s most significant discoveries, the focus on his personal life gives the musical its beating heart. Fellow student Mileva Marić supports Einstein’s research, and bears him two sons, before giving up on their marriage when Albert’s attention falls on Elsa Löwenthal.

As well as linking the show with recurring musical motifs, Newman creates an emotional anchor with Einstein’s treasured childhood compass. Mileva hears its story when Einstein drops it at the graduation. In what is possibly an imagined meeting in act two, Mileva passes it to Elsa, who finally returns it to Albert after Mileva’s untimely death. Seeing the opening farewell scene again with this background underscores the bittersweet nature of Einstein’s acclaimed success. The moving nature of the final scenes is testament to the quality of the writing as well as the commitment and talents of the cast and director. 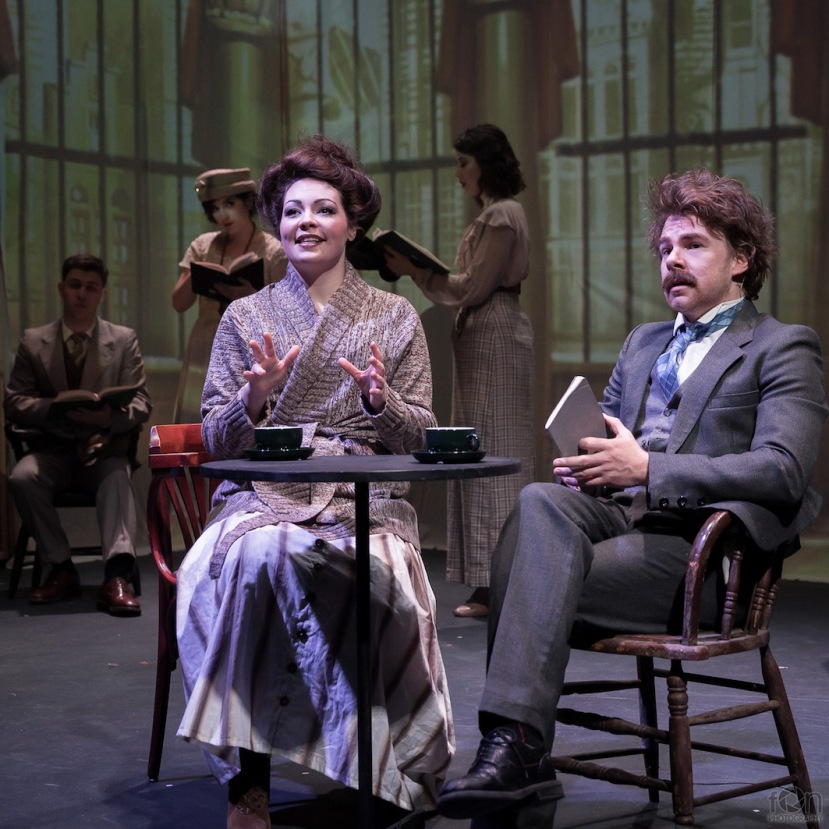 Newman’s vision for the show is brought to fruition by the hard work, both on and off stage, of a passionate team of young theatre practitioners.

Director Daniel Czech, with input from choreographer and assistant director Nicholas Kyriacou, gives a distinct feel to each new song and keeps the narrative elements clear and engaging. At just under three hours, the show is overlong, but Czech keeps energy levels high throughout.

While the majority of Lucy Wilkins’ costume design is of the serious period style, she has the chance to break out with a couple of featured fantastical moments, creating a glowing unitard for James Leone in “Insight” and a set of five galactically-inspired outfits for the ensemble for a number in act two.

Musical director Taylen Furness brings Newman’s score to life with a swinging eight-piece band. Blessed with a terrific set of singers in the thirteen-member cast, Furness has rehearsed the music so thoroughly that the music has a comfortable, familiar feel. There were some balance issues with the sound on this second performance, but the improvement heard in the second act bodes well for further enhancement as the season continues. 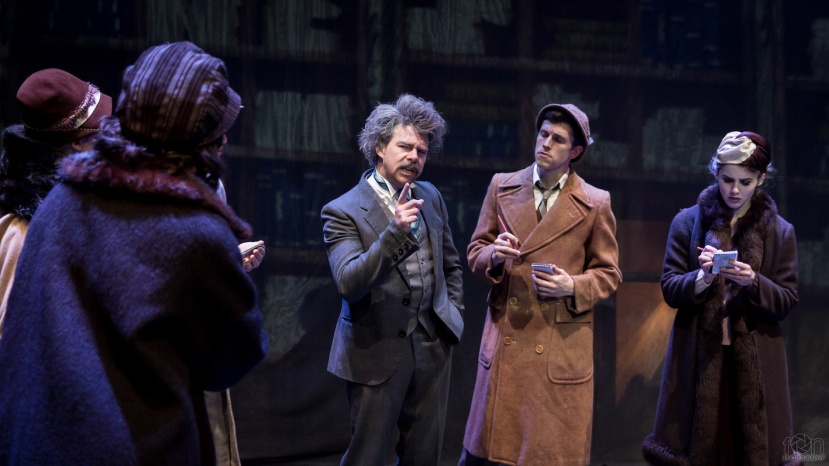 Scott Mackenzie conveys the driven fervour of Einstein, showing the scientist’s entertaining personality by keeping a sparkle in his eye. Mackenzie’s sympathetic portrayal keeps the audience’s affection with Einstein even though he drifts away from his wonderful first wife. With a rich, unwavering baritone, Mackenzie sings the role with flair.

Jessica Condon is nothing short of superb as Mileva, creating a rounded, highly endearing character in a woman who is largely forgotten in history. Able to flip from strong belting to the sweetest soprano notes, Condon’s soaring singing voice is a pleasure to hear. Condon’s performance of Mileva’s affecting final song, “It Starts Again,” is a true highlight of the evening.

Stephanie Adams faces challenges playing Elsa: as well not coming to prominence until later in the show, the character’s role in the break up of Einstein’s marriage makes her an unsympathetic soul in the audience’s eyes. A sweet singer, Adams gradually wins the audience over, reaching full engagement when Elsa passes back Einstein’s cherished compass.

In convincing aged make-up, Lachlan Hewson and Josiah Lulham are a lively, entertaining pair as Einstein’s colleagues/advisors/confidantes/rivals Lenard and Lorentz.

Stepping forward from the ensemble in act two, talented young character actor Jordon Mahar is in excellent voice as rival scientist Niels Bohr. Mahar’s work is somewhat hindered in that the late-arriving role is far less defined than Lenard and Lorentz; he is also not given a costume or look that brings any sort of distinction.

It would only take a small fraction of the crowds flocking to mainstage revivals to sell out Einstein: Master of the Universe. Local fans with any interest in new Australian work are urged to support this production.

Einstein: Master of the Universe plays at Theatre Works, Melbourne until 10 July 2016.