Caroline O’Connor is the Greatest Star in The Production Company’s sensational new staging of legendary Broadway classic Funny Girl, a lavish production lifted to heights of greatness by the supreme confidence and vision of Gale Edwards’ direction.

Returning to the role she played for The Production Company in their very first year back in 1999, O’Connor is a whirling dynamo of emotion, song and dance, barely pausing for breath as she hurtles through the massive role with charismatic flair.

A memory play on the life of vaudeville and revue comedienne Fanny Brice, Funny Girl begins with the well heeled but melancholy Brice pondering her reflection as she sits backstage. O’Connor’s Brice blossoms from ambitious teen to breakout comic star to fully fledged stage star, with a journey from wide-eyed lover to blindly devoted wife and adoring mother along the way.

In a dazzlingly polished performance, O’Connor nails the comedy, dances the role with ease and bring a myriad of nuanced details to the supremely endearing characterisation. Above all other talents, O’Connor’s singing voice is in extraordinary shape, and has arguably never sounded better as she flips from belting to bell-like soprano to highly expressive chest voice and back again.

O’Connor’s portrayal of Fanny’s journey is aided by a stunning series of costumes from not one but two top costume designers: Tim Chappel and Owen Phillips. Fanny’s rise is charted from bloomers to witty stage outfits to increasingly sophisticated silken gowns and furs, with highlights including the gorgeous teal blue ensemble for her first big date with Nick Arnstein, and her red-trimmed, vivid blue high waisted skirt and hat for the act one finale. 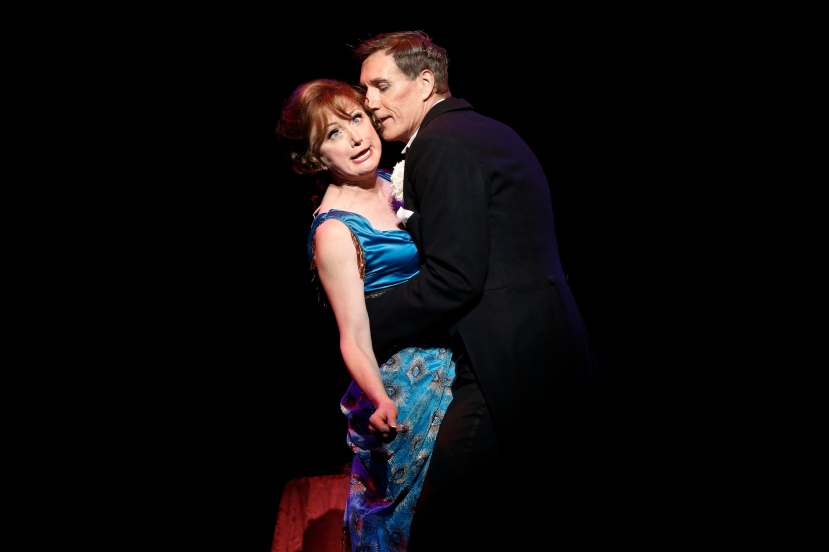 The visual splendour continues with Shaun Gurton’s simple but large scale set design and Trudy Dalgleish’s truly beautiful lighting design. Placing the orchestra in the centre keeps them in view when the iris of curtains comes in for the relative modesty of Keeney’s Music Hall. The transition to Ziegfeld’s Follies includes a glossy silver ruched curtain and giant chandelier. Dalgleish paints the space with colour, also embedding countless bud lights in the set and programming a multi-coloured twinkling star cloth. 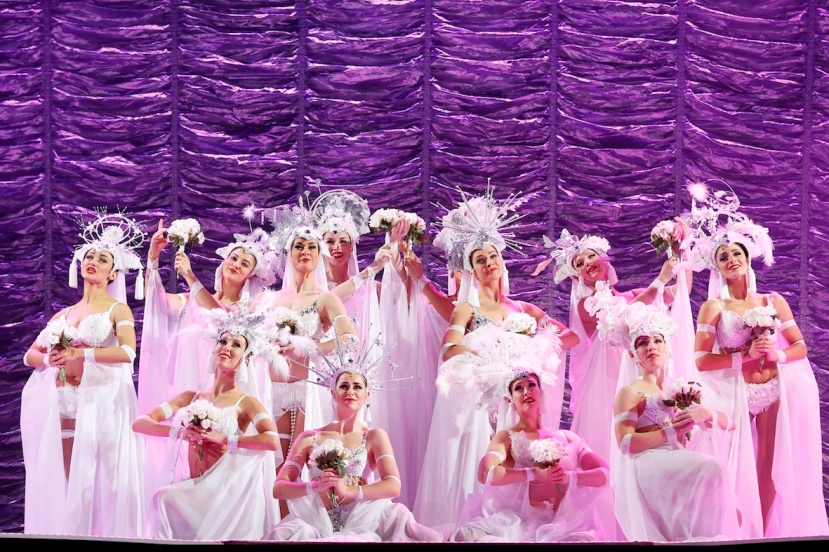 Director Edwards really knows how to use the space, filling two levels and two staircases with action and colour. The massive space of the State Theatre stage means that the show is probably grander than it could be in a regular commercial staging. It must be about ten times bigger than the acclaimed Funny Girl at recently seen at London’s Menier Chocolate Factory. Edwards keeps the action slightly larger than life and yet still grounded in earthy humanity. The lively supporting characters are clearly drawn, and the balance of blustery humour, gentle romance and occasional pathos makes for an involving and entertaining evening.

In her first engagement with The Production Company, choreographer Kelley Abbey slips straight into the streamlined short rehearsal model, creating beautifully integrated choreography that is as sharply performed as it is wittily conceived. Abbey makes a significant contribution to the terrific use of space, filling every inch of the stage with swirling dancers in “Henry Street,” and majestically parading dancers up stairs and down in the Ziegfeld Follies numbers. 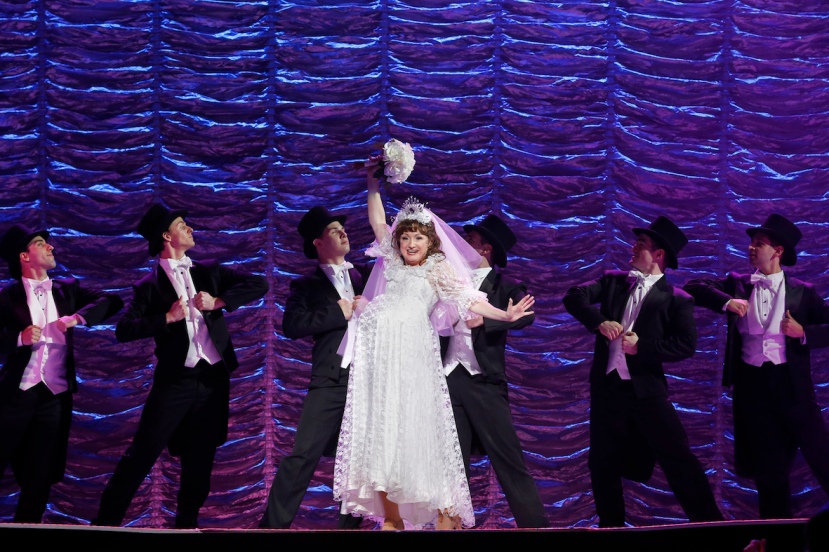 In the absence of Orchestra Victoria, The Production Company has taken the confident step of creating their own orchestra. Helmed, in its first outing, by musical director Anthony Gabriele, the 26-piece orchestra for Funny Girl sounds absolutely superb. In a sign of their enjoyment of the music, the opening night audience sat down again after the standing ovation to listen to the playout music.

In another Production Company first, popular tenor David Hobson plays Nick Arnstein, he of the frilly shirt and incurable penchant for gambling. Looking dapper and fresh, Hobson cuts a fine figure as the romantic rogue, taking him from foppish lad to world-weary sophisticate. Hobson’s attractive singing voice is reliably strong, and he proves a suave, grounded leading man as O’Connor plays out Fanny’s breathless babble.

Special mention to Blake Appelqvist and Daniel Assetta for their gorgeous tenor voices in “His Love Makes Me Beautiful.” These handsome men are both notably sharp dancers as well. Future roles with higher profiles are confidently forecast.

For all its achievements in music and design, the chief attraction of Funny Girl is the unmissable chance to see Caroline O’Connor, extraordinary star of the world stage, at her very best.

footnote: A very special thank you to Frank van Straten OAM for his informative and entertaining program articles over the past 17 years. Van Straten’s incredible background knowledge on Australian and international productions of the musicals presented by The Production Company will be greatly missed.