The biting satire of Tom Lehrer’s Tomfoolery retains its ever-amusing freshness, especially as performed by a quartet of well-seasoned comic actors. 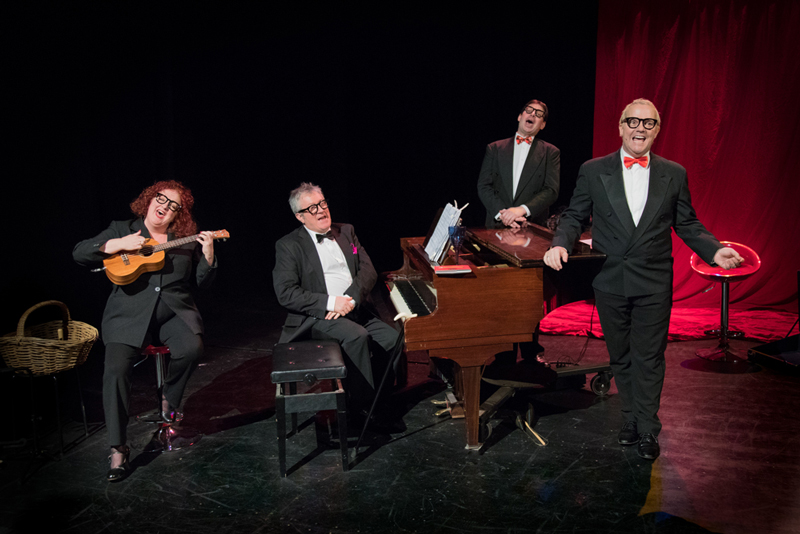 Shaped into a successful musical revue by Cameron Macintosh, Tomfoolery harks back to London’s West End and off-Broadway almost 40 years ago. American songwriter, and mathematician, Tom Lehrer originally wrote and performed his satirical songs in the 1950s and 1960s.

While a great many attempts have been made to replicate Lehrer’s satiric style, hearing these highlights of his body of work is a reminder of his brilliance. A particular feature of his writing is that he has no need to use profanity to shock or offend; Lehrer is fully aware that innuendo is far more sophisticated. 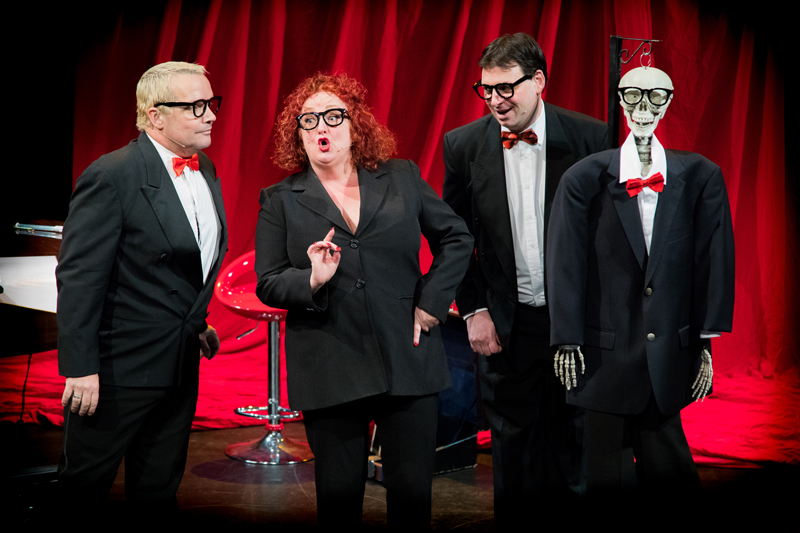 There is a degree to which the issues Lehrer satirised are somewhat dated, for example fear of being wiped out by nuclear holocaust, but society lives with ever present fear, it is just the names and faces that change with each generation. A good number of the songs are quite familiar to theatrical cognoscenti, but if there is going to be a revival of Tomfoolery, this is the cast you want to see.

Facilitating the freshness is director Theresa Borg, who shows a canny hand in guiding the revue into a natural flow and rhythm. With all manner of props and percussive instruments hidden within the set, there is a new focus for basically every song. The work is clearly well planned, but the performers successfully bring an authentic air of spontaneity that adds to the enjoyment. The running time of 60 minutes fairly flies by, with each song feeling funnier than the last. 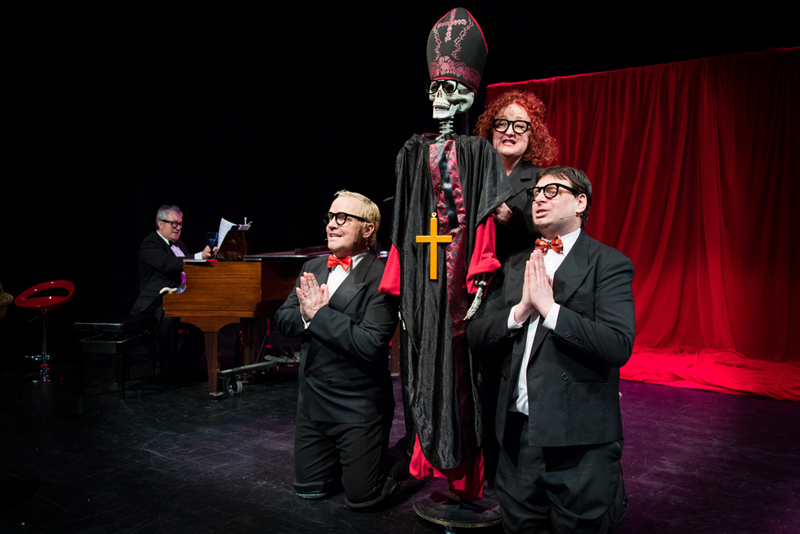 The props are laid out across a wide stage in front of a lush red velvet curtain, which is matched by the red bow ties on the performers. Tables and chairs at the front of the auditorium provide a late night cabaret vibe. Given the significance of Lehrer’s witty lyrics, sound design was not at its best on opening night; this may well be remedied as the season progresses.

Not just a nimble pianist, Peter Hurley also demonstrates excellent comic timing and exemplifies the power of underplaying, coming out from behind the piano a couple of  times for numbers such as “I Got It From Agnes.” 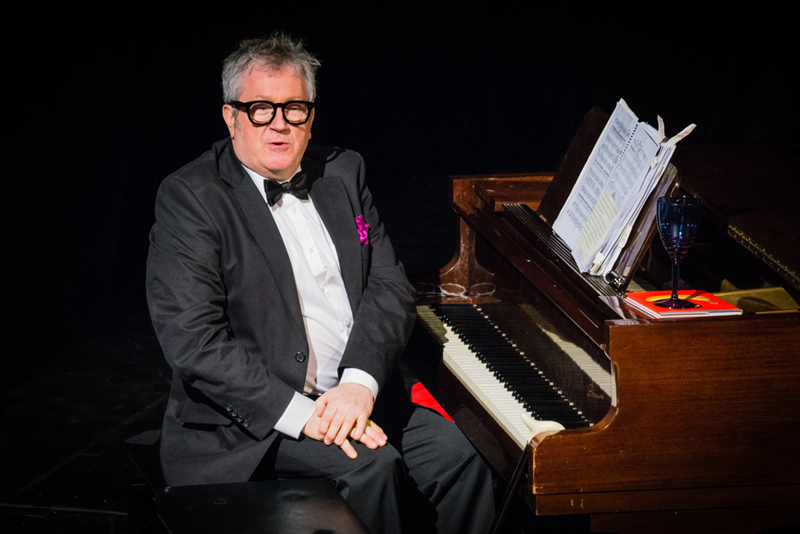 Susan-Ann Walker has flair to spare, performing the wicked works with an equally wicked sparkle in her eye. Accompanying Hurley when he sangi, Walker proves a treat on piano as well, and her Irish folk song piano accordion solo is priceless. 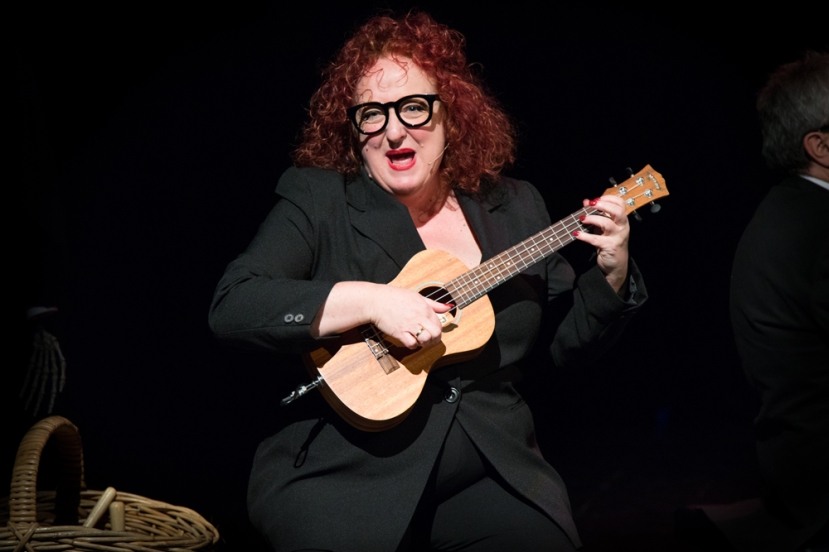 Having finely honed his own special brand of comic timing, Michael Dalton retains a twinkle in his eye while bringing an ostensibly straight-faced façade to set off the comedy to delightful effect.

Sean Weatherly captures the eccentricity that was such a hallmark of Lehrer’s own performances. In Weatherly’s capable hands, the mania of the music is all too convincing.

With an adult evening time slot of 9.30pm, Tomfoolery is well placed to end an evening out on a smile.