A pair of international artists were capably supported by a roster of excellent Australian singers as Tasmanian Symphony Orchestra presented Gounod’s Roméo et Juliette in concert.

Gounod’s score proved an excellent choice for a concert performance, giving the orchestra plenty of featured music to play as well as providing ample work for the chorus. The stage of Federation Concert Hall was filled to overflowing with talented musicians and singers.

Gounod’s five-act opera follows Shakespeare’s Romeo and Juliet quite faithfully, with wonderful use made of the famous balcony scene. One dramatic addition made by Gounod and librettists Barbier and Carré comes when Juliette collapses to her sleeping “death” right in the middle of her wedding to Pâris.

Marko Letonja, artistic director of Tasmanian Symphony Orchestra, conducted a splendid performance of Roméo et Juliette. In the absence of scenery and costumes, Letonja took extra care to bring out the full colour of the score, differentiating between the gentle pomp of party music, the thrill of sword fighting and the cathedral-like tone of tragedy. Gounod associated the youthful sparkle of Juliette with the harp, beautifully played last night by Bronwyn Wallis. The intermezzo played while Juliet “sleeps” was a particularly gorgeous sequence for the full orchestra.

Chorus singing was at a premium, and was a highlight of the concert in its own right. With chorusmaster June Tyzack’s exacting preparation, the disciplined TSO Chorus achieved a distinctly unified sound, singing with lovely French diction.

More than a wonderful musical performance, enjoyment of the concert was enhanced by its staging. High overhead, a large LCD screen displayed surtitles, charmingly expanded (by Tyzack) to include descriptions of the scenes and brief mentions of key action. Singers carried scores, but were familiar enough with their roles so as to readily interact as the story unfolded. The large number of characters was kept clear by having those from the house of Capulet enter from stage right, while Montagues entered stage left. 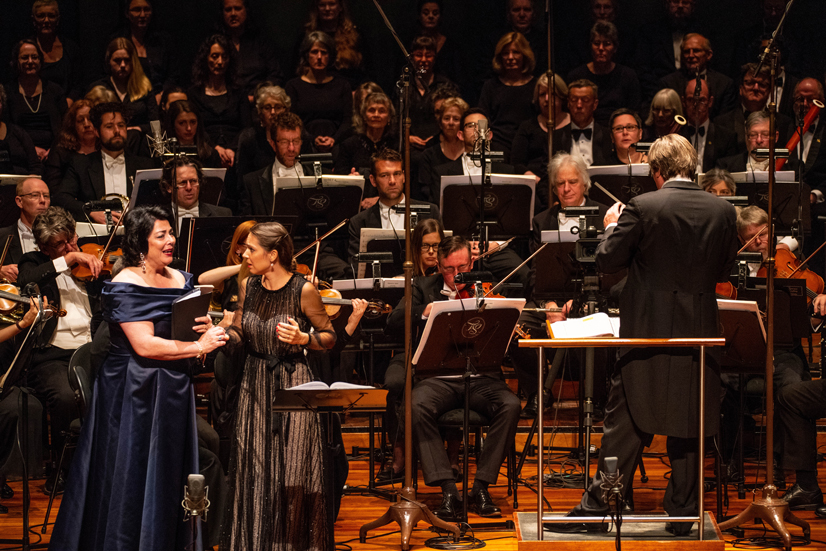 Making their respective role debuts, Breslik and Kučerová were ideally suited to playing Roméo and Juliette.

Breslik conveyed the impetuous nature of lovestruck Roméo, transitioning to a more somber tone as the opera progressed. A key attraction of Breslik’s singing is the highly romantic tone he brings to his vocals. In a prime example of this, Breslik brought act two to a stirring conclusion with a heartfelt rendition of “Va! repose en paix.”

Kučerová brought an appealing stage presence to Juliette, singing the joyful parts of the score with lovely high notes that seemed to emanate from her very smile. While not producing an overly full-bodied sound, Kučerová’s soprano was perfectly suited to playing a young woman. Her performance of “Ah! He veux vivre” (widely known as “Juliette’s Waltz”) was a sparkling highlight of act one.

Breslik and Kučerová enjoyed sweet chemistry, and their voices were well balanced in duets. Singing the main duets with their arms around each other added to the romantic nature of the score. 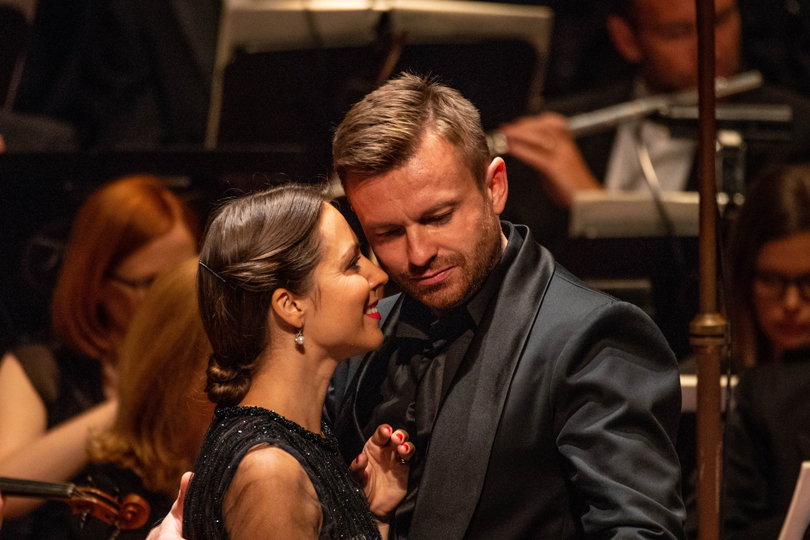 The ten Australian singers in supporting roles can only be described as an embarrassment of riches.

Baritone du jour Samuel Dundas was in excellent form as Mercutio, making a strong early impression with Mercutio’s charming aria “Mab, la reine des mensonges.” James Egglestone’s ringing tenor was a pleasure to hear in the role of Tybalt. Both Dundas and Egglestone impressed with the strength of their acting, particularly in the tense combat scene of act three.

Beaming with the radiant pleasure of being in stage, Roxane Hislop brought palpable warmth to Gertrude, cherished nurse of Juliette. Sally-Anne Russell gave a vivacious turn as Stéphano, a local youth who dares to taunt the Capulets with “Que fais-tu, blanche tourterelle.” 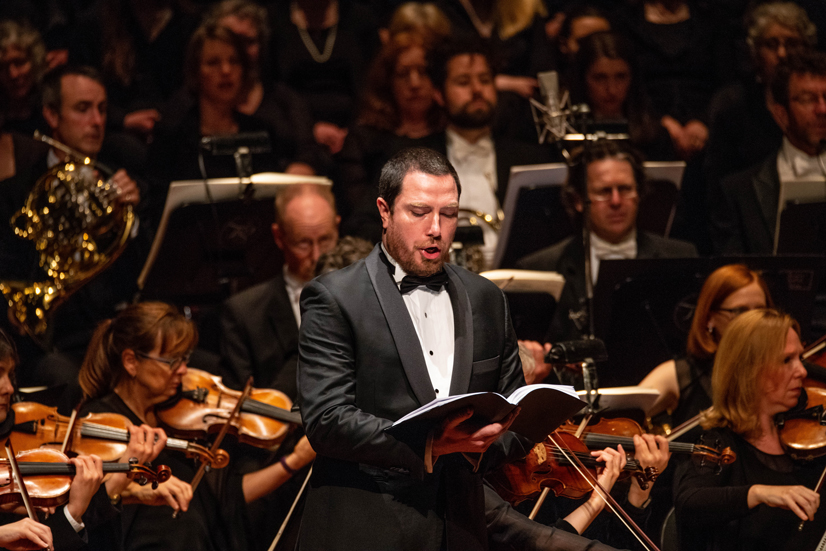 Somewhat young for his role as Capulet, father of Juliette, Pelham Andrews achieved mixed results, adopting a covered vocal sound that seemed to interfere with his projection. Rising bass Michael Lampard made a very strong impact as Le duc, commanding the stage with compelling authority and pristine vocals.

A memorable event, the quality of Roméo et Juliette portends future delights ahead as part of Tasmanian Symphony Orchestra’s association with Victorian Opera. 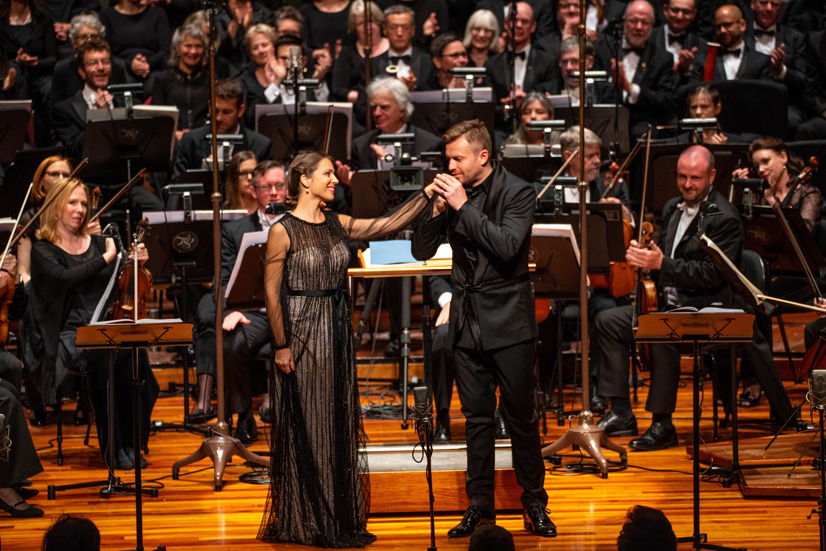 Footnote: keen readers may well notice that this is the second opera featuring Samuel Dundas and David Parkin to be reviewed by Man in Chair in nine days