The tempestuous power of Verdi’s magnificent tragedy Otello made for a memorable night at the Met, all the more so with the breakout performance of a substituted singer.

The first revival of Bartlett Sher’s glossy 2015 production sees the work treated to an excellent cast and conductor. Updated to the time of the opera’s premiere, the production features modern staging elements yet retains a highly traditional feel.

In front of massive rear screens sporting computer-generated imagery, a set of large perspex units glide in and out of place. The units have architectural features etched upon their surface, and their translucent nature supports the frequent incidences of eavesdropping in the story. Frequent movement of set pieces allows for a dynamic production, and yet there is also stillness and openness when needed. 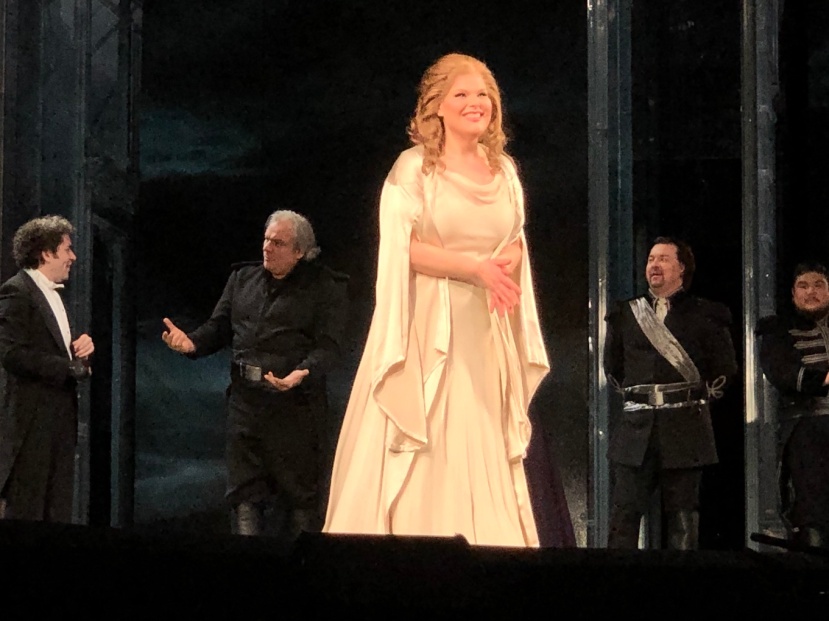 In the dramatic opening chorus, the villagers watch in terror as ships survive a mighty storm. Sher then creates scenic texture by leaving the chorus on stage as the lead characters continue the opening scene.

A lovely use of chorus and design comes in act two, when the locals present their good wishes to Desdemona in “Dove guardi splendono raggi.”

Maestro Gustavo Dudamel leads the Metropolitan Opera Orchestra in a truly thrilling performance of Verdi’s great score. From the opening scene of crashing waves, dynamics are a key feature, with the various crescendi sounding particularly spectacular. 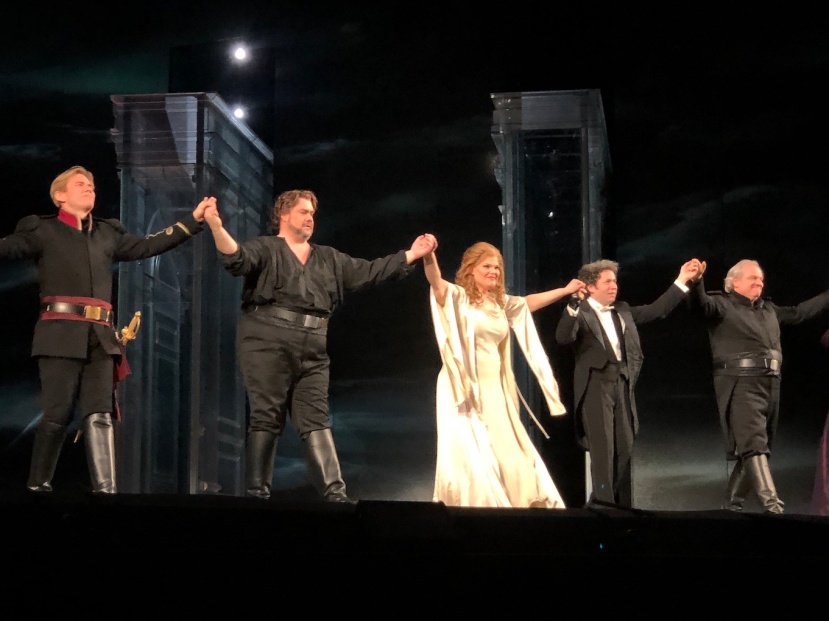 Statuesque heldentenor Stuart Skelton uses his imposing physique as part of a commanding performance as the hotheaded general Otello. Black face make-up is no longer used for the role; giving the usually fair haired Skelton a dark head of hair and dark facial hair is more than enough of a suggestive appearance for the character.

Having missed a couple of performances of Otello due to illness, Skelton still did not sound to be as his 100% best at this performance; he did, however, show significant improvement after interval in acts three and four. Overall, the evening provided plenty of opportunity for Skelton to capably demonstrate both his bellowing power and his lovely tenderness.

Veteran baritone Željko Lučić gives another highly accomplished performance of affecting drama and seemingly effortless, darkly mellifluous vocals. As Iago, that most insidious of villains, Lučić plays the evil as personally justified, the work of a man who believes he is right. Alone, Iago shares his dark world view, cursing the cruelty of life as he sings “Credo in un Dio crudel.”

The evening lost a little lustre due to the indisposition of star soprano Sonya Yoncheva. At this performance, soprano Jennifer Check had the daunting task of replacing a high profile star and singing alongside established performers. Check impressed almost immediately with the delicious voluptuousness of her sweetly full bodied soprano. Check performed with supreme confidence, giving a polished characterisation and more than holding her own alongside her co-stars. The ultimate highlight was Check’s performance of Desdemona’s prayer scene. Alone on stage, Check had the massive audience listening breathlessly to her “Willow Song” and “Ave Maria,” the end of the scene drawing loud cries of acclaim. 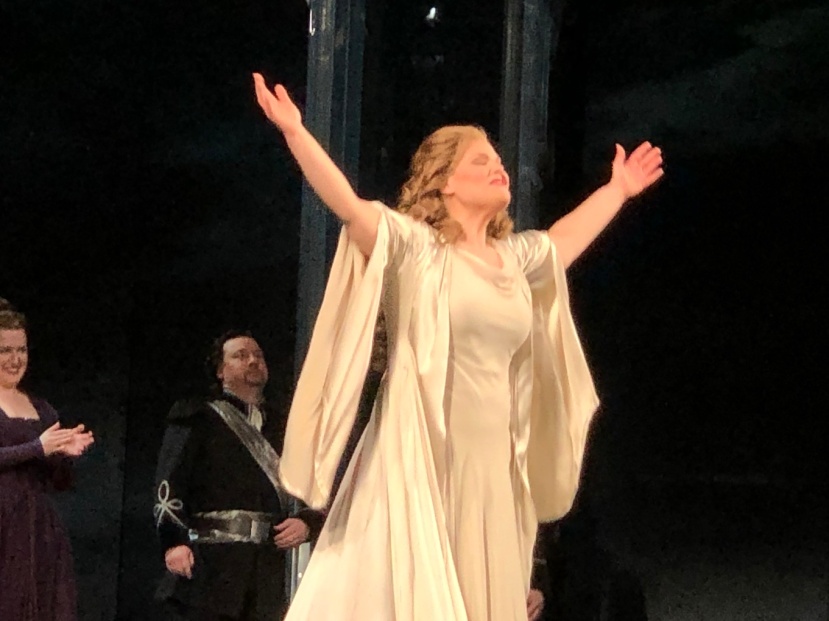 Otello was reviewed 7.30pm Thursday 10 January 2019 at Metropolitan Opera House. This was the final performance of Otello for this season.

The Otello program can be read online.