As a sampler of the bountiful work of The Australian Ballet School, Summer Season 2019 capably demonstrates the depth of talent and attention to detail that set the School apart. 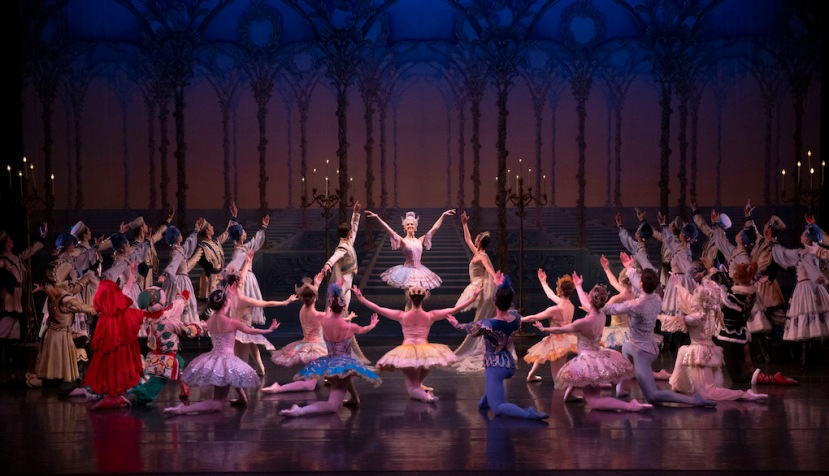 Unfortunately, unforeseen circumstances led to a change of program, with featured Balanchine work Who Cares?, set to the music of George Gershwin, cancelled for opening night. Demonstrating the breadth of high calibre work in the repertoire of the School, two items were presented in place of Who Cares?, with the overall evening adjusted to swap the two halves of the program.

The curtain opened to silence, with Level 6 dancers in formation to dance Journey by Margaret Wilson. Set to excerpts from Max Richter’s Memoryhouse, the highly accomplished modern piece brought to mind birds in flight, ever supporting each other and sharing the lead. Dancers moved with a sense of urgency, deftly tempered with gentle elegance.

Dancers in black and aubergine moved with striking synchronicity, even through the silent sequences. The piece reached a climax, with the full ensemble in position drawing audience applause, before going on to a gentle coda that concluded with a stunning formation of the three couples, each female positioned as if in flight, held off the ground by the legs of the male. 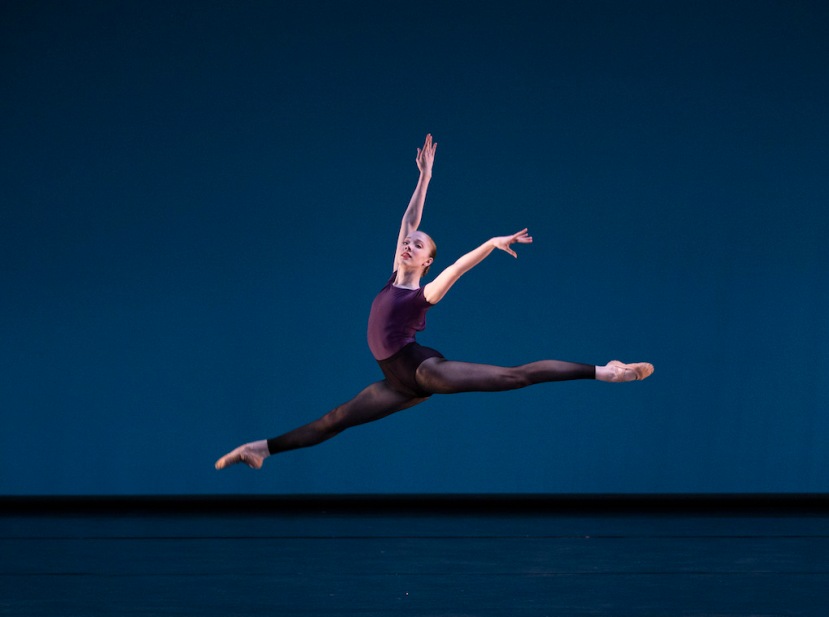 In distinct contrast, the curtain next opened on three young female dancers in crisp pristine tutus and gleaming tiaras, dancing a trio to the music of Pizzicato from Sylvia. The interpolated item was originally just programmed for the matinee but was added for the evening to great effect. The lovely poise and charming smiles of three girls belied none of the short notice involved.

The classical focus continued with Con Brio, choreographed on Level 4 students by Simon Dow. Against a warm amber background, matched by trim and sequins on the white costumes, 13 dancers made brisk transitions between varied groups, each sequence crisp and concise. 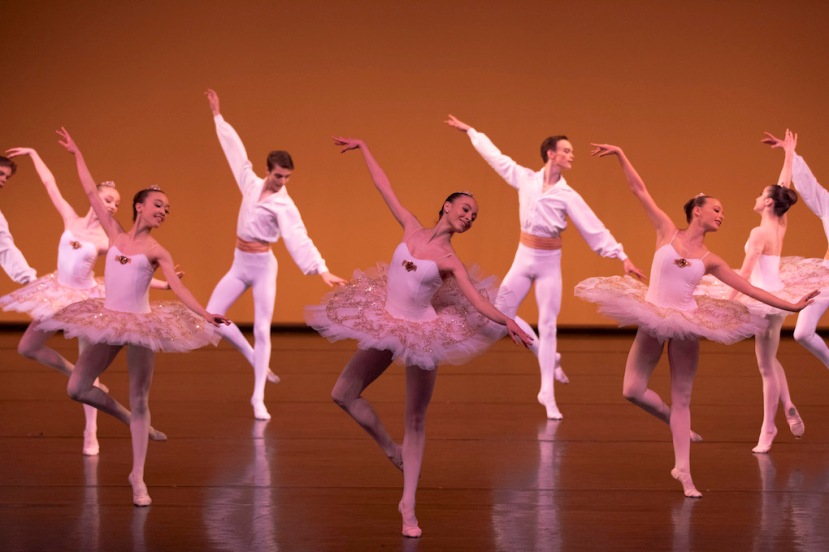 Sketch Tone created a different silhouette, with Level 5 dancers in pale powder blue costumes, the girls in soft knee-length skirts. Dancing to Pas de Deux from The Two Pigeons, choreographer Richard House kept the full cast on stage throughout the work, making lovely use of patterns and symmetry. 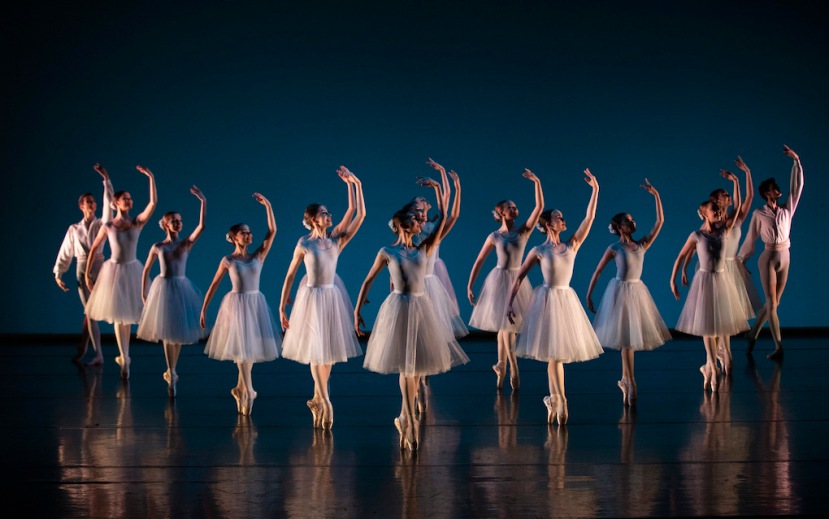 The eclectic first half concluded with a lively performance of La Tarantella Italiana, another item which was added to the program at short notice yet arrived fully polished. The delightful dance, choreographed by Leigh Rowles, included a varied abundance of corps work, supporting a number of virtuosic show-stopping moments from soloists. Girls spun their full skirts with flair, while boys stood out in bright yellow tights. 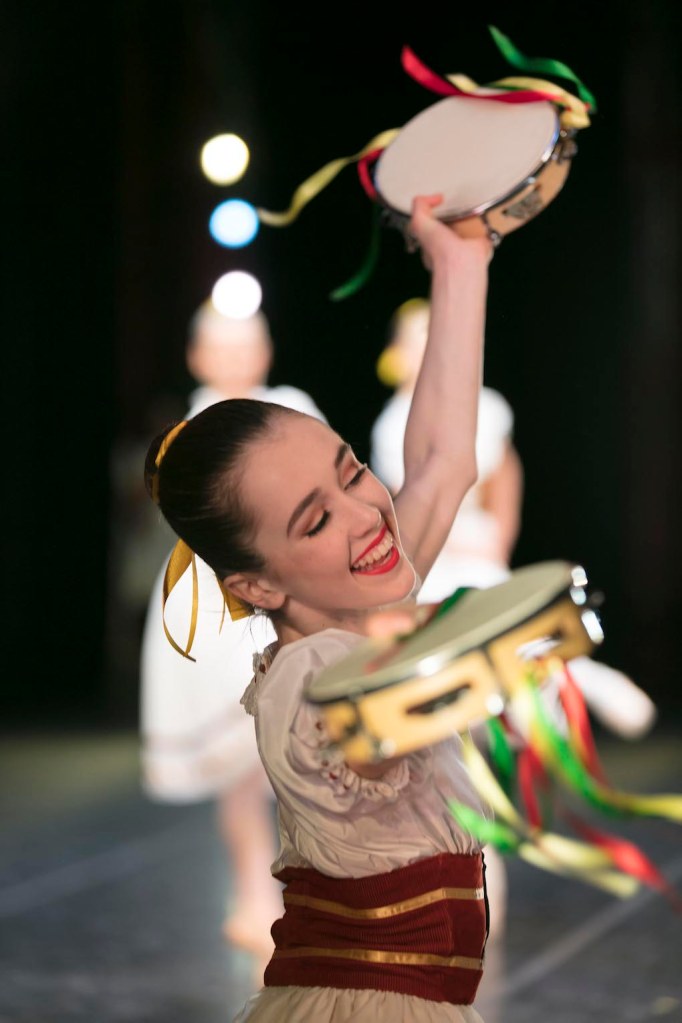 After interval, Act III of The Sleeping Beauty had moved into place to become the featured work of the evening. The stage and dancers were splendidly attired in Hugh Colman’s designs for Maina Gielgud’s cherished production, on loan from The Australian Ballet. Gielgud’s version includes a generous complement of fairy tale characters and guests, giving students of the School ample opportunities to shine in the cavalcade of divertissements.

Master of Ceremonies Catalabutte may be a thankless role in terms of dance, but Jett Ramsay brought out the grand expression needed to tie the act together. A large contingent of corps, in handsome white and royal blue costumes, gave strong support from the side-lines; expression was at a premium when Red Riding Hood frolicked with a truly scary looking Wolf. When the corps finally joined in the full company dance, stage energy built to grand and merry finale.

Each of the fairies danced with characterful expression and lovely precision. Dancing with effortless strength and firm control, Amelia Dawe imbued the Lilac Fairy with a mature sense of poise and presence.

Hidden behind full head masks, Briana McAllen and Benjamin Garrett nonetheless delivered the cheeky characters of the White Cat and Puss in Boots, earning plenty of laughter for the pair’s frisky flirting.

As the beloved Princess Florine and Bluebird, Heidi Freeman and Thomas Gannon made a strong pairing, each not only dancing with graceful steely strength but also maintaining well matched gleaming smiles that seemed even brighter when combined.

Moving to the grand pas de deux, Belle Urwin and Adam Elmes shone as Aurora and her Prince, dancing with supreme confidence and maturity. Urwin, in particular, allowed the feeling of “work” to melt away so that only the beauty of the dance could be seen. Elmes was a strong, highly supportive partner, impressing mightily in solo work and bringing Urwin to the fore in duets. The pair were the jewel in the crown of a excellent ensemble performance. 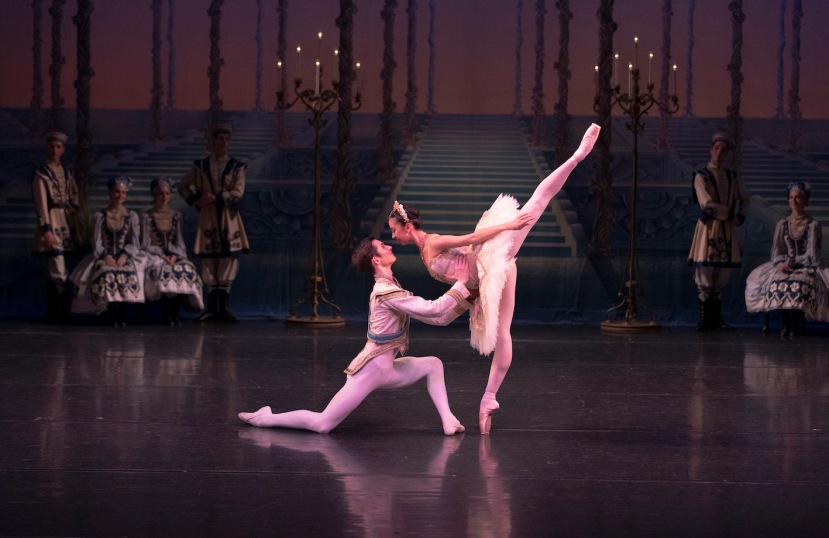 The highly entertaining program for Summer Season 2019 again highlights The Australian Ballet School as not just an esteemed and invaluable institute but as a trusted brand for brightly polished, modestly priced performances.