Set to dazzle and divert, the Broadway revival of Chicago returns for its third Melbourne sentence with as sexy and sinewy a company of dancers as could possibly be wished for. 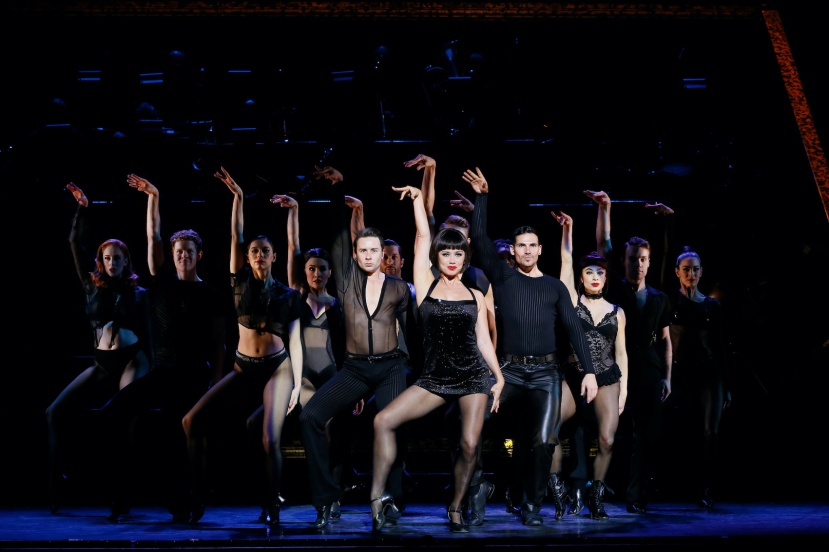 As the 1996 Broadway revival of Chicago approaches the epic 10,000 performance mark in New York, the prospect of enjoying this fresh Australian tour is a far more tantalising one. The ensemble members, in particular, are seen at their racy best, performing the once-in-a-lifetime Fosse-esque choreography with sizzling sleekness.

Returning ten years after the second Australian tour (which was ten years after the first), the musical brings a special interest this year to anyone who was fortunate enough to watch the extraordinary limited-series Fosse/Verdon. The series built to the creation of the original 1975 production of Chicago, offering fascinating insights and reigniting interest in the great work. 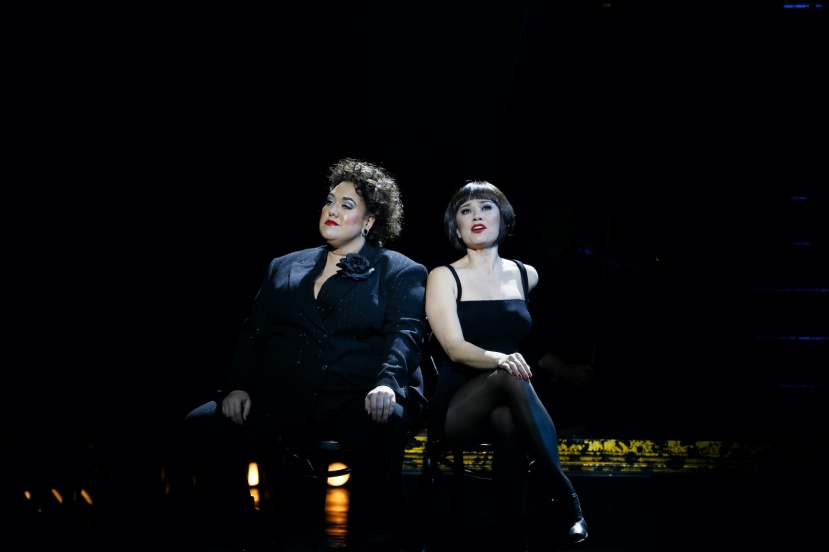 Ostensibly set in the late 1920s, the slick revival is a product of New York institution City Center Encores! (a precursor to Melbourne’s own The Production Company). The concert season, with the band onstage and the black-clad cast sitting on stage, was such a hit that it transferred directly to Broadway. Stunt casting and the boffo success of the 2002 movie boosted ticket sales, but now, as with this return tour, the quality of the work and people’s love for it keeps the show running and running.

Pre-Instagram, Roxie and Velma only had the press to keep them in the public eye. The concept of a “phony celebrity” certainly rings true today, although it is something of a relief to note that recent wisdom has seen the names of mass killers withheld. In adapting the play by Maureen Dallas Watkins, could Fred Ebb and Bob Fosse possibly have known how pertinent Velma and Roxie’s final dialogue would be: “You know a lot of people have lost faith in America and for what America stands for.” A lot of people indeed.

The longevity of the show and familiarity with the movie means that the score is virtually a hit parade of Kander and Ebb songs. The lightly trimmed libretto keeps the show hurtling forward to each new number, maintaining a sense of heady enjoyment. Musical director Daniel Edmonds, a very good sport for his level of participation in the stage action, helms a smoking hot orchestra of 14 musicians. The orchestra cuts loose in the act two “Entr’acte,” also on fire for “Hot Honey Rag.” As a measure of success, the majority of opening night patrons lingered to enjoy the playout, which drew further applause.

Ann Reinking choreographed the 1996 revival “in the style of Bob Fosse,” and that work is expertly recreated here by Gary Chryst. At this point, the dance is almost as familiar as the music, and yet there remains abundant joy at watching the dance performed so well. The genius of Walter Bobbie’s 1996 direction is that by raising the sexuality of the cast to full view, the stakes at play for the grifting, grasping characters are made perfectly clear.

Musical theatre sweetheart Alinta Chidzey comes of age in Chicago, singing Velma with the expressive, slightly smoky tones of a cabaret artiste and dazzling with her level of dance. Those high kicks! Still just a little too fresh faced to really convey Velma’s last gasp desperation, Chidzey’s performance is nonetheless enjoyable in its own right, and the show tends to flag ever so slightly when she is not on stage.

As rising scoundrel Roxie, Natalie Bassingthwaighte is seen at her best in the extended monologue/song “Roxie,” which serves to gradually win over the audience. Looking super fit and wearing glossy make up and a rigid blonde wig, Bassingthwaighte is hamstrung in regard to bringing out any vulnerability in Roxie, and she struggles to put her own stamp on the role. Moments of baby doll voice are cute; more of such individuality would serve the performance well.

In a nice piece of casting, Jason Donovan steps into the role of lethal lawyer Billy Flynn for the Melbourne season, filling the shoes of his father Terence Donovan from the 1981 Sydney Theatre Company tour of Chicago. Jason Donovan also appeals to Generation X fans who have followed his storied career. Stronger in dialogue scenes than in song, Donovan will most likely catch up with his colleagues (who have already played two cities) as the Melbourne season progresses.

Casey Donovan is a hearty crowd-pleaser as Matron “Mama” Morton. Playing to the back of the grand circle, Donovan maintains a devilish sparkle in her eye and her rousing vocals are of the show-stopping variety, particularly the final notes of “When You’re Good to Mama.”

Special mention to Travis Khan, who brings a welcome sense of playful fun to his portrayal of The Jury.

Footnote: the listing of Jason Donovan above the two leading ladies on the title page of the program (and having his bio and photo before theirs) is an egregious insult to Natalie Bassingthwaite and Alinta Chidzey.