Before discussing the show itself, let me tell you about the wild night on which I happened to attend the show. Still in previews, producers had chosen this night, Friday 5 April 2013, to invite a heap of Motown stars and employees as well as Gordy family members. Over 20 legacy performers were there, including the legendary Stevie Wonder. The audience was buzzing with old friends kissing, hugging, laughing and catching up, and, as the show unfolded, the reactions to songs and stars on stage were ecstatic.

If there was an aspect of the show that this real-life presence highlighted, it was the sanitized, scandal-free nature of the script. Motown founder Berry Gordy is the central character, and even though he was sitting in the middle of the audience, there was no discomfort for him or his family seeing themselves on stage as the whole premise is a love-fest at Motown, with rival corporate record labels the only villains of the piece. Closer inspection of the playbill reveals why Gordy comes off so well: he wrote the book for the show and is also a producer.

We begin in 1983 at Motown’s 25th anniversary celebration, before moving back to 1957 Detroit where it all began. Gordy (Brandon Victor Dixon) is driven to be the best he can be, and finds this is to be realised by founding a record label. Smoky Robinson,(Charl Brown) and Marvin Gaye (Bryan Terrell Clark) are there for the duration. The fourth central character, who has by far the best arc of the show both in terms of storyline and also wig/costume plot, is Diana Ross, played perfectly by Valisia LeKae. Ross progresses from schoolgirl to diva, singing a slew of hits along the way. If there is one insightful aspect of the script, it is the reasonably candid look at the long term romantic relationship between Ross and Gordy. 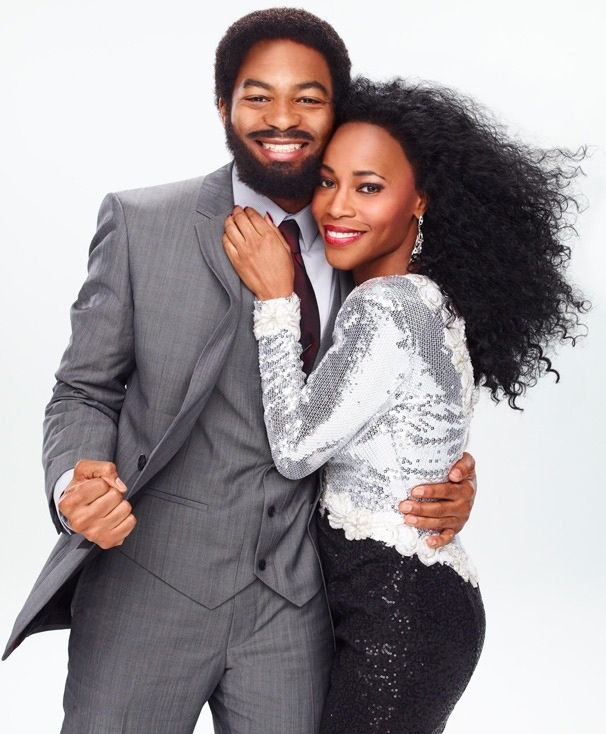 The rest of the ensemble play a large numbers of roles, churning through an extraordinary number of truly gorgeous costumes, by Esosa, and wigs, by Charles G. LaPointe. These designs are as much a key feature of the show as the music, and they are expertly realised.

Covering this many stars and songs was never going to be easy, and while the cast and designers do an excellent job, the book provides very little detail beyond what is already common knowledge about these artists. Gordy has his finger on the fast forward button all night, as racism, segregation, corruption, law suits and assassinations flip by with barely a chance to take them in or react to them. Still, the essence of the story is clear, and the opportunities for wonderful singing are fully utilized.

Scenic design, by David Korins, is similarly on a high speed schedule, with the sets almost always in constant motion. Multi-media aspects add to the visual appeal, with the chief achievement of the design being the way the changes of the passing years are vividly represented.

The Supremes, The Jackson Five, Stevie Wonder and so many more beloved performers come and go, with the quality of the performance of their music obviously a facet of the production that has received ample loving attention. The amazing band really deserves to take a bow on stage rather than be applauded in the pit.

Motown the musical will not suit the Gershwin crowd, but the show looks set to be a boon with tourists, already selling out while still in previews. Meanwhile, I’m just waiting for an eighties musical like this…

Motown the musical has an open-ended run at Broadway’s Lunt-Fontanne Theatre.