Melbourne’s insatiable theatre fans finally have their chance to taste the delectable slice of music theatre heaven that is Legally Blonde the musical. Polished to perfection in warm up seasons in a couple of towns up north, the show has arrived in Melbourne in peak condition, with a sensational cast at the top of their game 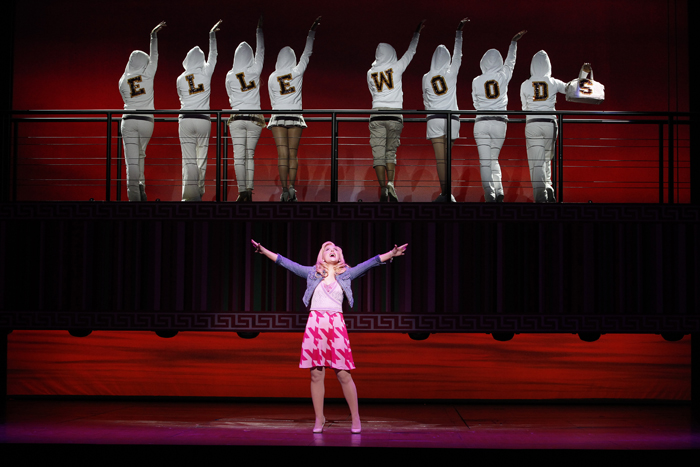 The term musical comedy was coined precisely for shows like Legally Blonde. The laughs come thick and fast, and are intrinsically linked to each aspect of the action. Witty gags, both verbal and visual, are embedded throughout the script, songs, choreography, costumes, and physical action. To watch the show is to ride a wave of music theatre pleasure that has the audience laughing, smiling and cheering for two and a half blissful hours.

The term guilty pleasure also comes to mind in relation to enjoyment of Legally Blonde, although it can certainly be argued that there is a positive message at the heart of the show, though definitely not one that is hammered too strongly. Elle Woods’ journey of personal and professional discovery involves sacrifice, commitment, and hours and hours of study (an aspect I strongly endorse given my day job as a teacher). Elle’s compassionate heart and plucky spirit carry her through her toughest days to see her come out on top as an independent, principled, successful young woman who eschews superficiality for true love and career success. 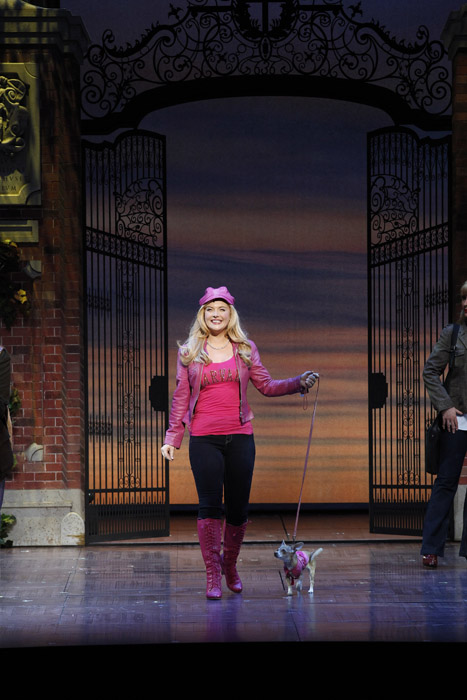 Terrific as Lucy Durack’s performance was on Sydney’s opening night, she has since found all sorts of layers and nuance to further colour her portrayal of golden girl Elle. Durack makes Elle’s progression from west coast sorority sister to Harvard law student so much more than a series of costumes and hair changes by adapting her voice and body language for each situation. Elle noticeably changes when she is with her sorority, with Warner, with Paulette, with Professor Callahan, with Brooke Wyndham, and there are sparks flying in her burgeoning romance with Emmett before she even consciously sees him as a romantic possibility. Projecting an infectious joy for the love of performing, Durack has the audience in her palm as she nails every laugh and wins every vulnerable moment with her excellent vocal expression, tremendous singing voice and, to top it all off, her gorgeous blonde beauty.

Setting off sparks of his own in the central relationship is David Harris as teacher’s aide Emmett Forrest. Harris makes Emmett’s instant attraction to Elle very clear, and we are rooting for him as he goes from seeing her as an impossibly out of reach princess to a true friend and person he could love. Harris gives an endearing and understated performance, proving his place as one of Australian’s leading men of the theatre. 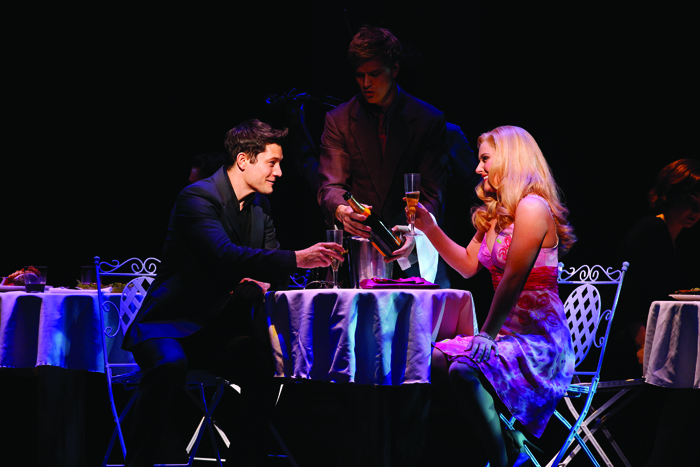 Each of the featured players are perfectly cast and in excellent form. Helen Dallimore, as Elle’s new friend and confidante Paulette, projects warmth and joy, and demonstrates the soaring power of her voice. Rob Mills, who seems to become more handsome and assured in each stage outing, perfectly captures the smirking charisma of former frat boy Warner. Erika Heynatz brings the human touch to accused murderer Brooke, a flashy role that could easily be one-note. Melbourne fans who remember Cameron Daddo as the boyish Huckleberry Finn of Big River are set to fall in love with him all over again as silver fox Callahan. Ali Calder makes the most of snooty Vivienne, making her transition from rival to friend of Elle’s completely believable. 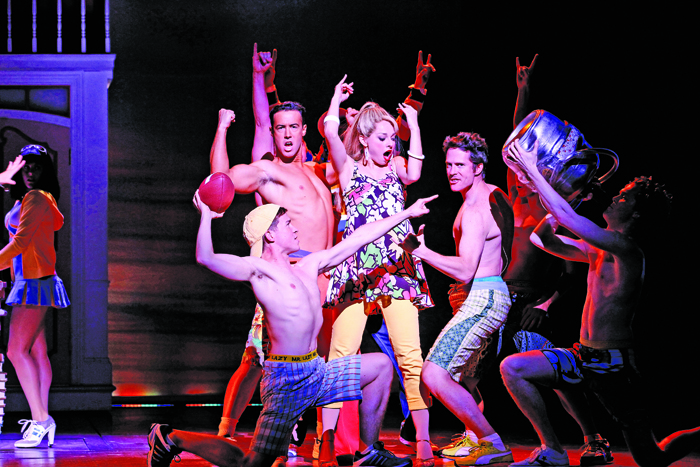 Members of the triple threat ensemble play an incredible array of roles, and appear to have an absolute blast in the process. Standouts include Ashlea Pyke, Shaye Hopkins and Chloe Zuel as Delta Nu sorority sisters, Mike Snell as Kyle, the delivery guy with a big package, and Euan Doidge as flamboyant pool boy Nikos.

The songs, by Laurence O’Keefe and Nell Benjamin, and book, by Heather Hach, are as up-to-date as you can get in terms of the current style of hurtling along story and character development through songs. Jerry Mitchell’s direction and choreography extends to the scenic elements, which glide into as place as effortlessly as the dancers strut their moves

Footnote: the Melbourne season of Legally Blonde has a top ticket price of only $99.90. No “producers seats” or “premium seats” where you get a chocolate for an extra $60 or so, just good, old fashioned, accessible value. 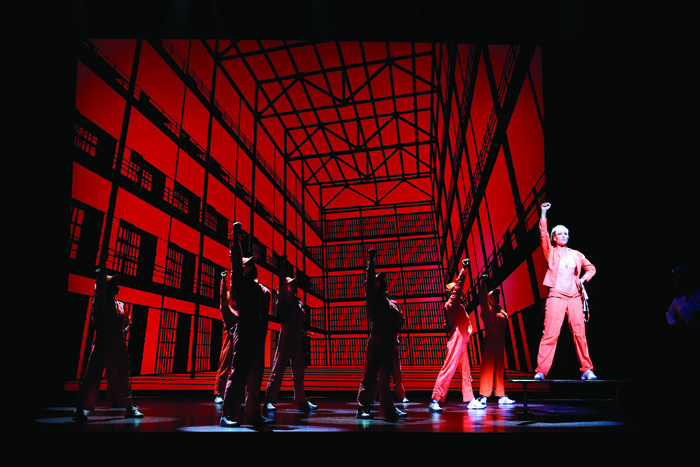 This review written for Theatre People 12 May 2013