The King and I review [Melbourne]

Out of mothballs after 23 years, and polished to a sterling gleam, Rodgers and Hammerstein’s The King and I whistles its happy tune once more.

The years have been extraordinarily kind to the concept behind the lavish costumes and sumptuous set, with the design looking like it cost a king’s ransom in the ideal space of the Princess Theatre. Brian Thomson and Roger Kirk, Tony winners for their sets and costumes respectively, are not the only creatives reunited for the remounting of this esteemed production. Musical Director Peter Casey presides over a superb 18-piece orchestra; Susan Kikuchi recreates and enhances Jerome Robbins’ original choreography; and director Christopher Renshaw, after helming international award-winning seasons, finds new layers in the text.

Thomson and Kirk’s designs are a true star attraction, glittering in jewel tones and featuring a seemingly endless number of intricate, fascinating details. Thomson’s use of curtains allows for a seamless flow, the original score’s multiple reprises to cover scene changes long gone. Kirk’s costumes not only dazzle the eye, but also contribute significantly to the story telling. Both aspects shimmer and glisten to full effect thanks to the expert lighting of Nigel Leving.

While the 63-year old musical with its long book scenes does not have the breathless pace of, say, Wicked or Legally Blonde, there are several key moments that cannot fail to charm and delight. The enchantment of “The March of the Siamese Children” is complemented by the lovely sentiment of “Getting to Know You.” The highly untraditional romance, if that is even the right word, between the King and Anna hits its strides at the end of act one after Lady Thiang delivers the romantic showstopper “Something Wonderful.” The relationship culminates in a moving climax as the pair take flight in “Shall We Dance” before Anna finally breaks the King’s will as he prepares to punish his concubine. In interesting piece of direction at this point, Renshaw has the King actually suffer a major chest trauma, which helps the ending of the story make more sense.

Towering above these highlights is the artistic triumph of act two ballet, “The Small House of Uncle Thomas.” The extended sequence features unusual music, exotic choreography, spectacular costumes and ingenious storytelling. Suffering concubine Tuptim uses her adaption of Uncle Tom’s Cabin to present a public, thinly veiled message of loathing for the King’s oppressive rule. Mentions of ice and snow demonstrate how much Anna’s pupils have learned. Heroine Poor Eliza’s costume and headdress have been deliberately fashioned to resemble Tuptim’s first costume. Kudos to the ensemble performers for presenting the exquisite angles and expressions of the ballet so beautifully.

Longtime ingénue Lisa McCune has blossomed and matured as a performer, and has the requisite presence and grace to play Anna Leonowens. Channeling the dulcet tones of Julie Andrews in her speaking voice, McCune’s soprano is pleasant, if not particularly powerful, in the multitude of hit songs. McCune is certainly given some stunning costumes and wigs to wear, and she looks gorgeous at all times.

Melbourne is lucky enough to have visiting performer Jason Scott Lee, who also played the King in the 2000 London season of this production. Lee balances the gruff elements of the role with an ever-present twinkle in his eye. He manages to be both brash and endearing, subtly introducing the King’s vulnerable side. Lee and McCune’s chemistry is a little slow to develop but eventually the magic of the show takes effect. 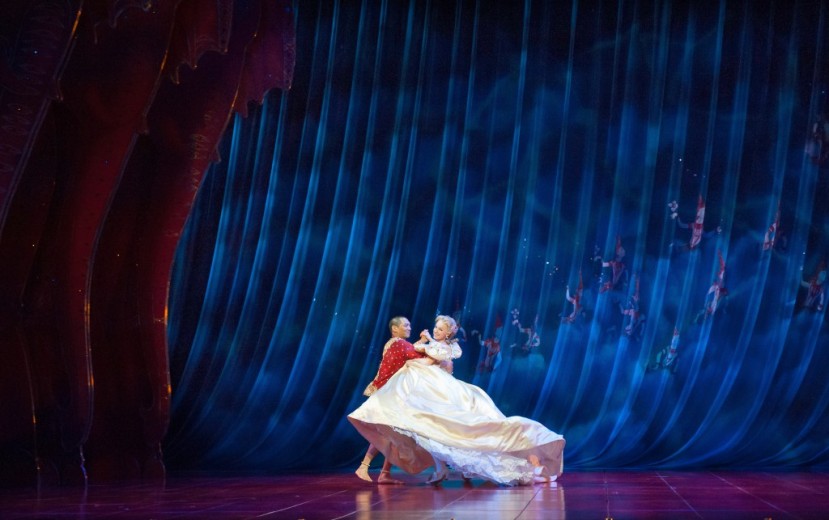 The non-traditional nature of the central relationship shifts the romantic ballads and duets to young lovers Lun Than and Tuptim. Buff tenor Adrian Li Donni shows remarkable advances in his performance since playing the same role for The Production Company in 2010. The velvety smoothness of his singing voice is a pleasure to hear. Jenny Liu suffered from pitch problems on opening night, possibly due to nerves. Without wishing to sound sexist or judgmental in any way, it seems an unusual choice to have such a curvy actress looking so overtly sexual when playing the usually petite and innocent Tuptim.

In a lovely piece of casting, Shu-Cheen Yu, who played Tuptim in the original 1991 production, returns to play first wife Lady Thiang. Yu has magnetism to spare, expertly conveying the steely fragility of a woman who both fears and accepts social change. Yu’s delivery of “Something Wonderful” is exactly as the title describes.

Marty Rhone provides charismatic support in the rather thankless role of The Kralahome, The King’s Prime Minister. John Adam creates two entirely different characterisations and appearances for a pair of featured roles.

For good old-fashioned entertainment, The King & I is unbeatable. Swoon at the romance and marvel at the splendour.

The King and I plays at Princess Theatre, Melbourne, until 17 August 2014