“Must we all die then, just because there are too many of us?” So asks Magda Sorel in Gian Carlo Menotti’s absorbing human drama The Consul, a 64-year-old opera that could have been written yesterday. 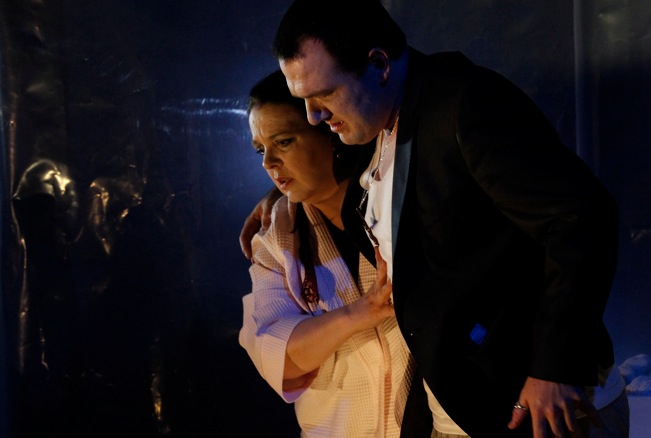 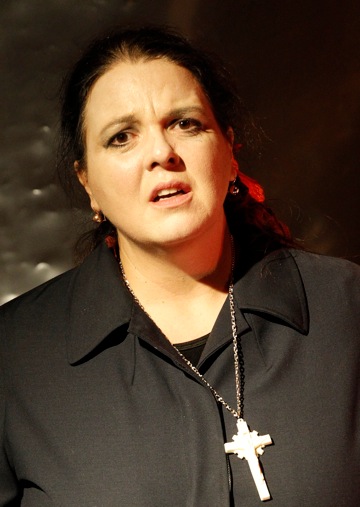 Gertrude Opera artistic Director Linda Thompson stars as Magda Sorel, a role she has waited some 30 years to play. Frequenting the Consulate of an unnamed country, Magda suffers a series of traumas as she tries in vain to seek freedom for her family. Thompson’s unwavering commitment and steely focus anchor the production, her expressive, powerful soprano conveying the full range of emotion from the highly empathetic character. Her delivery of Magda’s climactic aria “To This We’ve Come” is a showstopper in the best possible sense of the term, a powerhouse delivery in which Magda’s simmering rage and resentment are felt all the more strongly by Thompson’s choice to keep them bubbling below the surface.

Thompson’s performance, and, indeed, the performances of the while cast, benefit greatly from Theresa Borg’s direction, which does not allow so much as a hint of melodrama as the dark story unfolds. Housed in the atmospheric performance space of fortyfivedownstairs, Borg makes inventive use of a relatively simple setting to create a highly theatrical production that never feels stagy. Given the little known status of the opera, storytelling strikes a neat balance between straightforward clarity and elements that treat the adult audience’s intelligence with respect by providing food for thought. 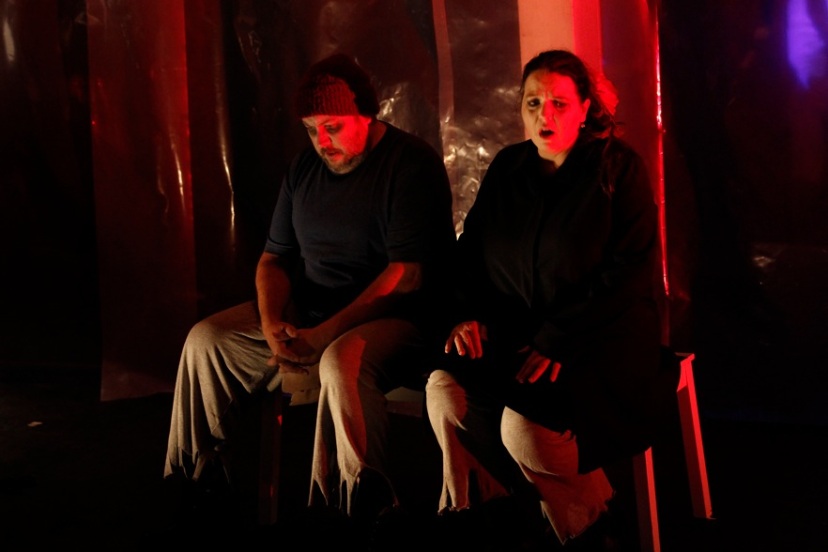 Conductor Rick Prakhoff displays total control over the fiendishly difficult score, allowing the audience to relax and take in the slightly dissonant yet readily accessible music. Music preparation is first rate, and any pieces of full company singing are real highlights. Katherine Day, the lone player, exhibits great musicianship on the grand piano.

Peter Corrigan’s design makes extraordinary use of a small space. A single downstage setting portrays the Sorel home and the Consulate, with the “offstage” actors seated in the rear behind translucent plastic. Greg Carroll’s lighting makes excellent use of the cloudy plastic backdrop, which allows torches and votive candles to take on a haunting glow. Magda’s baby glows from within, a device that is used to moving effect when the family’s woes worsen.

The singers are well matched, with Borg having drawn even performance levels from the cast. Eugene Raggio’s resonant baritone captures the gravitas of John Sorel’s grave quandary. Music theatre artist Glaston Toft makes an auspicious operatic debut as the intimidating Police Chief, his rich, pure bass conveying a commanding air of authority. In move that worked surprisingly well, Belinda Prakhoff, unable to sing due to illness, acted the role of the Consul’s Secretary while Judith Dodsworth gamely sight-sung the role from side stage. Prakhoff’s prim, officious public servant struck a clear contrast to the poor, struggling characters.

Providing the only levity of the evening, music theatre (and opera crossover) heartthrob Blake Bowden plays the mischievous Magician, who hypnotises the people waiting at the Consulate into believing they are at a ball. Footlights create giant rear shadows that represent the missing partners the people are imagining. Bowden’s pure, radiant tenor is a pleasure to hear. 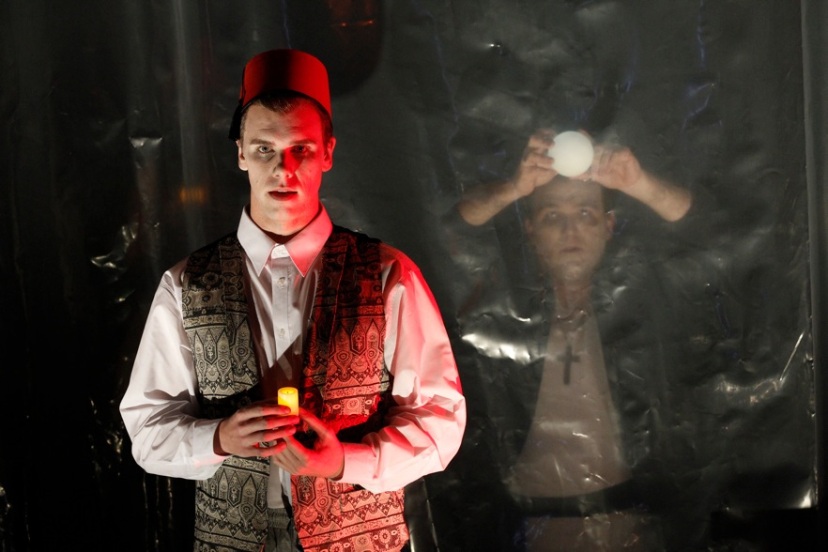 Strong support comes form Kerrie Anne Bolton, who neatly underplays the drama experienced by John’s Mother. Young Artist Rada Tochalna makes the most of the role Foreign Woman to display her lovely soprano. The rest of the company, whose vital contributions are all inextricably linked to the success of the performance, are Simon Meadows, Alissa Andraski (alternating with Alexandra Lidgerwood), Adrian McEniery, Tamzyn Alexander and Damien Noyce.

The Consul is an admirable achievement from a company whose future works are sure to be followed with great interest.

The Consul plays at fortyfivedownstairs, Melbourne until 23 May 2014.

This review published on Theatre People 18 May 2014,