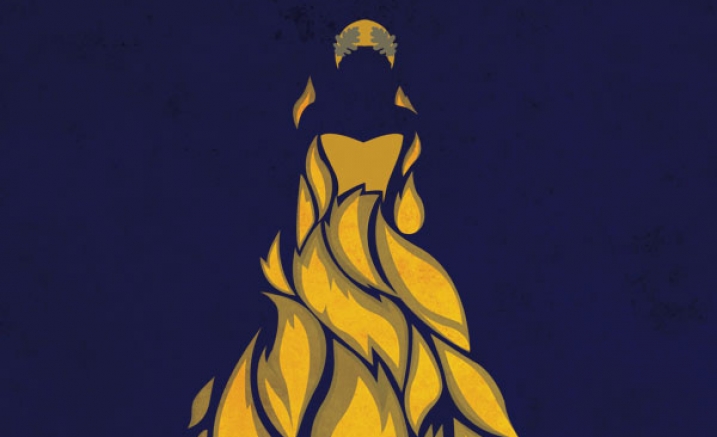 Sold out since last year, Victorian Opera’s one-night-only concert presentation of Norma played to an enthusiastic audience of lucky ticket holders who had planned well ahead. The all too rare opportunity to hear Bellini’s glorious score was all the better for the powerful singing and excellent orchestral playing on the night. The instant accessibility and beauty of the music added significantly to the enjoyment of the night.

A dark psychological drama loosely based on Medea but updated somewhat to Ancient Gaul; Norma‘s title character decides to kill her children to punish their father for loving another woman. Happily, she is unable to go through with the venal act, but is nonetheless a stern and forbidding character throughout.

Spanish soprano Hernández initially seemed to have a slight fluttering of nerves, but noticeably relaxed and warmed into the evening after the enthusiastically positive response that greeted her first big aria, the well-known “Casta Diva.” Her rich, full-bodied soprano pouring forth with a power that could have filled an auditorium at least five times as big, Hernández made a lasting impression in her Australian debut. Norma’s music is written in a consistently high range, making the occasional even higher notes all the more astonishing. With lungs of steel, Hernández expertly managed the epic vocal requirements of the fiendishly challenging role, and even seemed to still have some power in reserve after the final note. An especially striking example of Hernández’s strength came when her voice rang out distinctly over the full orchestra and chorus after Norma rang the gong to summon war.

A handsomely attractive woman, Hernández marked the special occasion with a pair of glamorous evening gowns. The first was a regal dark emerald green, and the second one a blazing red, perhaps chosen as a portent of the climactic pyre of fire. In the absence of staging and props, Hernández’s familiarity with the role still allowed her to convey the full range of drama and emotion. No director was listed for the concert, but Hernandez’s focused performance seemed to influence the other singers, especially those who interacted with her.

Meteoric young soprano Nicole Car proved a particularly strong partner for Hernández, their duets proving a highlight of the night. Car’s sweet facial expression suited the role of Adalgisa, a priestess who has innocently fallen in love with Norma’s lover Pollione, and the tender elegance of her soprano provided a lovely complement to Hernández’s power.

As two-timing cad Pollione, tenor Rosario La Spina made his return to the Melbourne stage. Although troubled slightly by illness, La Spina matched the vocal strength on display, also reminding the audience of the pleasant warmth of his vocal tone. Act one concluded with thunderous extended applause following the extended sequence of duets and trios by Hernández, Car and La Spina.

In a similar fashion to their sterling work in the Jonas Kaufmann concert, Orchestra Victoria again proved their expertise and value when seen on stage in a concert setting. Concertmaster Yi Wang led particularly impressive rapid violin playing in the overture and again in the finale.

Maestro Richard Mills conducted with confidence and flair, the music evidently very well prepared for the one-night event. Chorus work is not overly prevalent in Norma, but the excellent preparation by Phoebe Briggs was clearly apparent.

The Norma program can be read online.

Queenie van de Zandt in Into the Woods