Victorian Opera has thrown the full weight of their resources behind this world premiere to create a unique and mesmerizing musical experience. 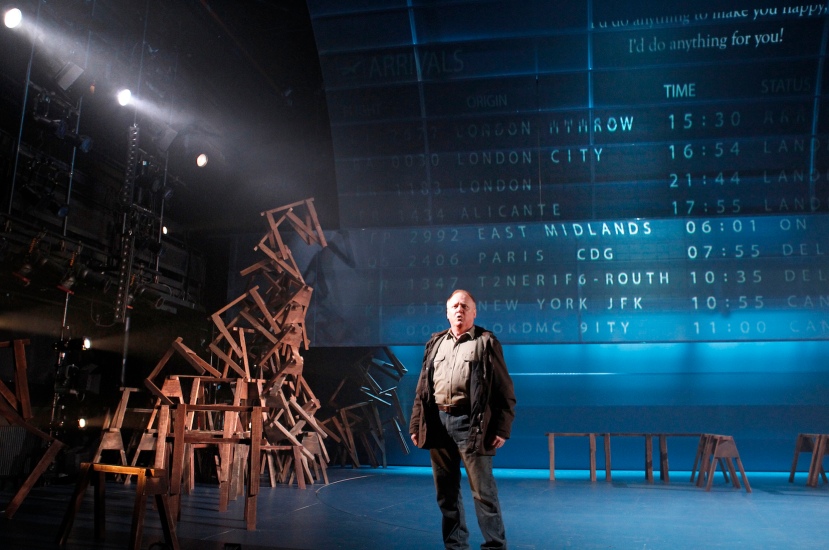 Australian ex-pat Scully is building a new house for his wife and daughter in Ireland. When only his daughter arrives, Scully is haunted by a pack of riders, or horsemen, as he embarks on a wild hunt across Europe to solve the mystery of his missing wife.

Based on Tim Winton’s 1994 novel, The Riders has a distinctly Australian flavour despite its international setting. The unrelenting drama conveys Scully’s bewilderment and hurt pride as his masculine identity is shredded by this apparently unexpected rejection. 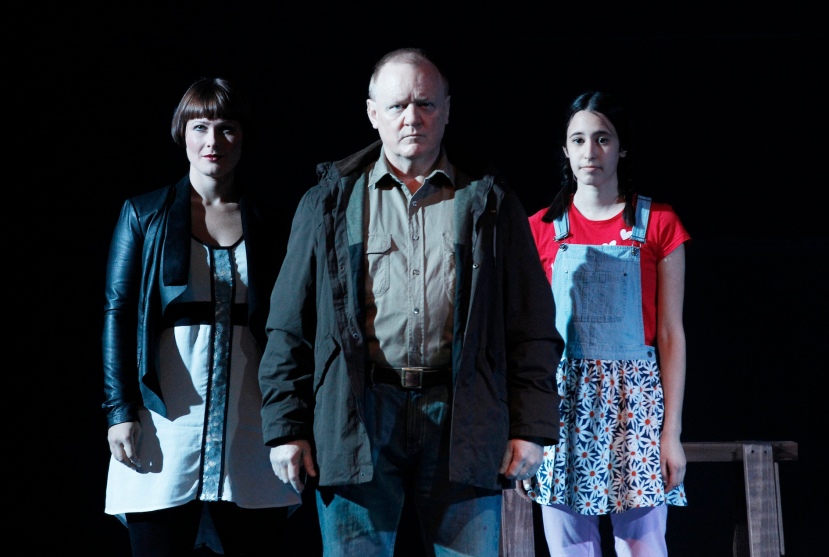 While we have no past life to judge by, save for a momentary glimpse of the family unit as the opera begins, librettist Alison Croggon has given a specific focus for Scully’s loss by including his wife Jennifer as a character on stage. Stifled by her marriage and dreading the prospect of growing old as her daughter’s beauty blossoms, Jennifer flees the scene. Witnessing this desertion creates a painful subtext for the rest of the opera, as we know that Scully’s hunt is futile.

Croggon’s text neatly balances imagery and implication with straightforward storytelling, efficiently condensing the events of the novel to 100 minutes while still retaining a grand sense of scope. The use of only six characters supports this streamlined approach and greatly aids accessibility. Given that the writing of opera libretti could be viewed as something of a lost art, the poetic quality of the text is a major achievement. 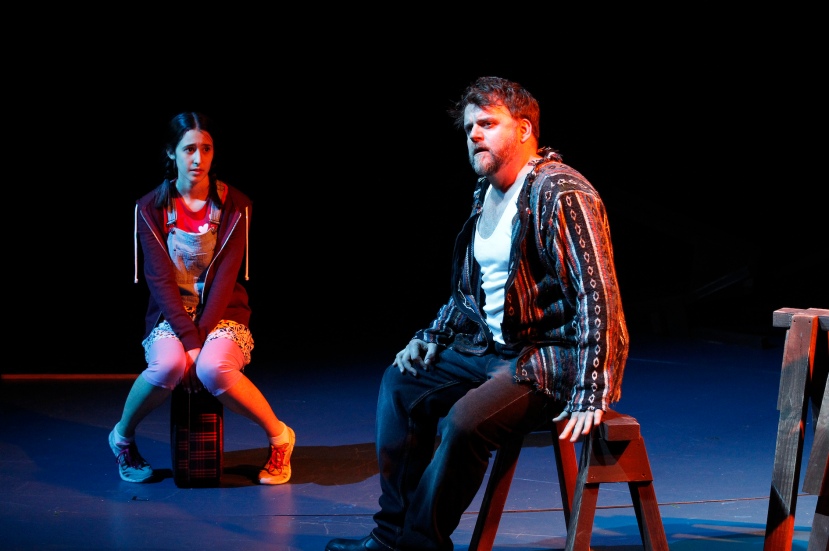 Composer Iain Grandage, a frequent contributor in Winton adaptations, creates a lush soundscape that draws on an intriguing breadth of styles. While not melodious in the Verdian sense, the music has an immediate beauty and power, strongly supporting the dramatic action and the inherent emotional beats of the story. Repeated listening to the music and lyrics would surely reap rewards in terms of appreciating the rich tapestry that has been woven.

A massive part of the success of the music is the intricately detailed work of conductor Richard Mills and his staff of repetiteurs. For Orchestra Victoria and the six singers to perform this brand new, highly challenging music as if it is already part of their DNA is an extraordinary achievement for an opening night.

There is clear evidence of a strong collaboration between director Marion Potts and Croggon, with significant moments of storytelling told through action rather than word. The choice to present the relentless drama without any moments of relief creates a tense viewing experience in sharpest possible contrast with the sit-back-and-enjoy familiarity of chocolate box operas. Characters are strongly drawn, and our empathy with Scully, crucial to the opera’s ultimate success, is fully realised. 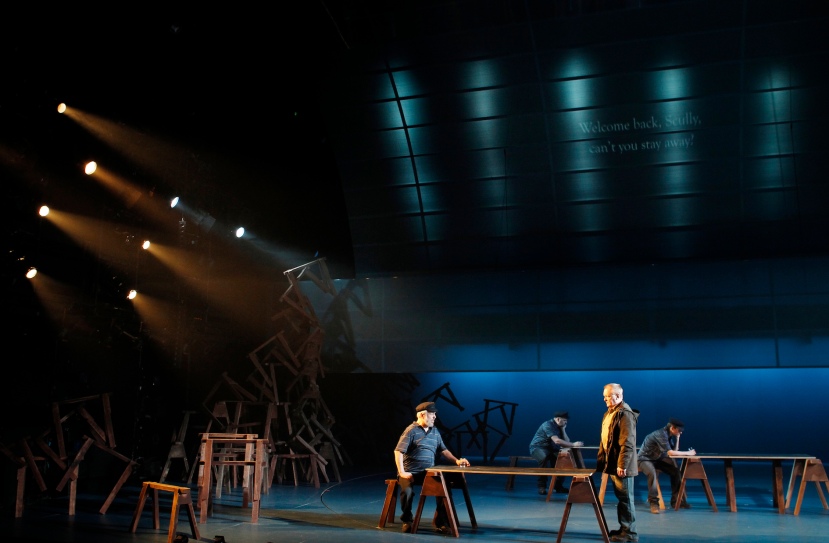 Potts’ collaboration with designer Dale Ferguson has resulted in the fascinating combination of a chamber opera presented on an epic scale. Ferguson’s scenic design is nothing short of superb, using the proscenium-free height of the Merlyn performance space to dazzling effect. Judicious use of a large turntable allows for a seamless flow through the three acts, which are presented without intermission and without breaks for applause. Huge translucent rear panels provide a sweeping canvas for lighting designer Matt Scott, who creates a highly appealing phosphorescent glow by using a palette of white light only. Full size projections add to the epic feel, their effectiveness bolstered by their sparing usage.

In short, the production elements are not only fully and expertly realised, but contribute significantly to the both the storytelling and the overall quality of the evening.

Barry Ryan anchors the opera in the massive role of Scully, his unwavering baritone ringing out with sterling clarity. Ryan engages our sympathy and identification with the role by carefully underplaying reactions to the series of misfortunes Scully experiences. Ryan is at a point in his career where he is one of Australian’s strongest singer actors, and his performance is as much an attraction to see this opera as for the opera itself.

Jessica Aszodi succeeds in bringing just enough humanity to self-centred Jennifer so as to intrigue our imaginations as to her ultimate fate. Singing a role that is not intended to sound entirely pleasant, Aszodi displays a vocal confidence and flair that add to the worldly and mysterious qualities of the enigmatic Jennifer. 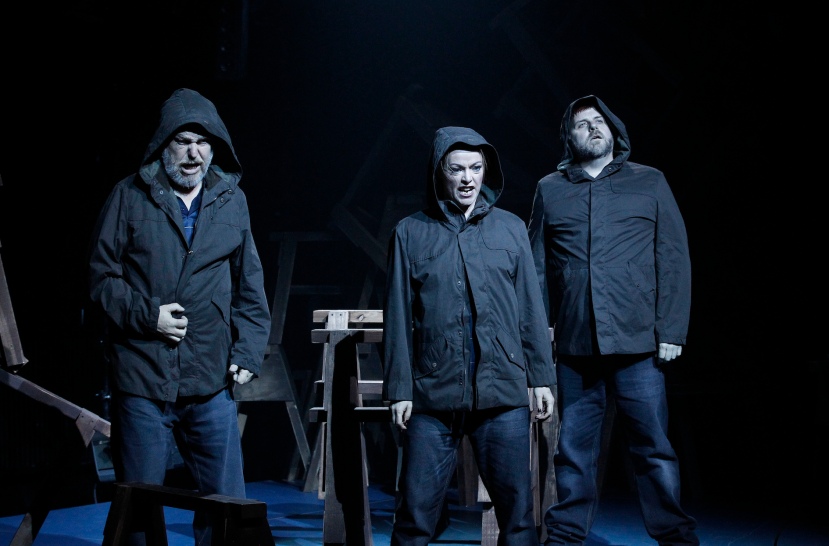 In what must be the highest quality chorus supporting ensemble ever assembled, three singers usually only seen in lead roles make a huge contribution to the quality of the music. Jerzy Kozlowski, Dimity Shepherd and David Rogers-Smith each have a scene where they play a significant featured role, but as a combined group they are the titular riders, adding atmospheric presence through their steely focus and beautiful singing.

In presenting a new work of this quality, Victorian Opera’s dedication to the art form is unmatched by any other arts company this year. The Riders may be more of a piece to be admired than enjoyed (in the strictest meaning of the word), but when there is so very much to admire, opera lovers owe their full attention and support.

The Riders plays at Merlyn Theatre, The Coopers Malthouse, Melbourne until 4 October 2014

The Riders program can be read online.

Queenie van de Zandt in Into the Woods