The gloriously melodious music of Gounod’s Faust is welcome in any season, but with a cast as superb as the design is extravagant, this production is one of opera’s must-see events of the year. 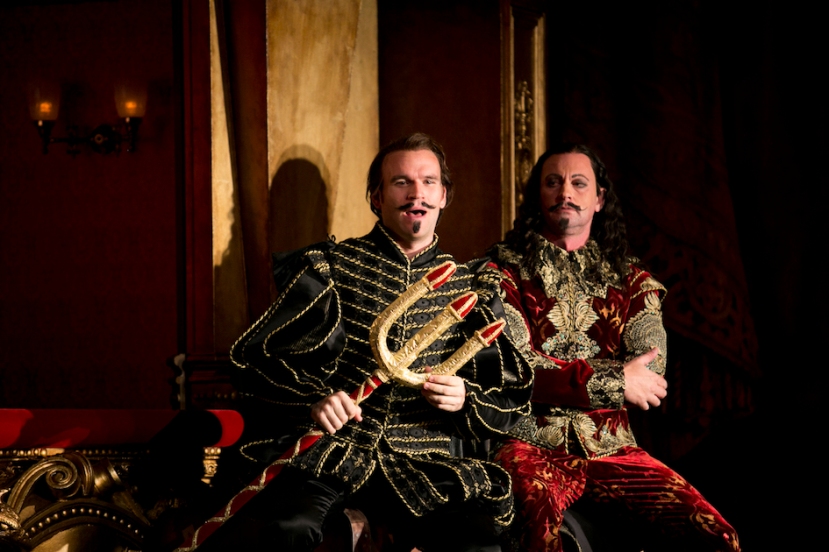 This is the new production that Sydney audiences have waited for this year, and Opera Australia has not disappointed. Lavish production values, theatrical magic and   a mixed cast of local and international singers combine to give as fully realised a performance of Faust as one could hope to see. It certainly wipes the floor with the current sparse, ill-conceived Met Opera Faust.

The strength of the cast and the scale of the production are all the more appreciated given that the season could have almost rested on the attraction of visiting American tenor Michael Fabiano. Well known to viewers of the Met Opera Live in HD series after his appearance in landmark opera documentary The Audition, Fabiano is on the cusp of being one of the world’s most sought after tenors. 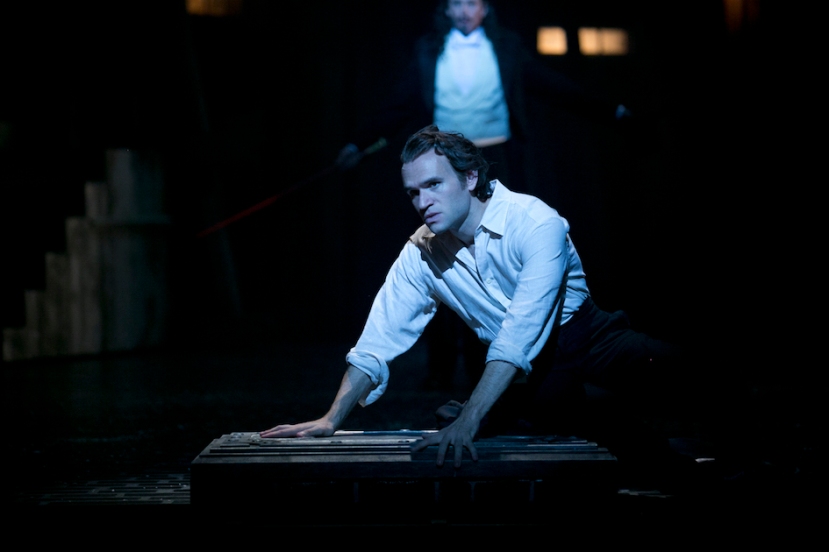 Blessed with a thrilling ring to his powerful tenor voice, Fabiano is also a superb actor and a magnetic stage presence. The reaction of the audience to his first appearance from under the aged make-up was audible, and appreciation only rose from there. In Faust’s big aria “Salut! Demeure chaste et pure” Fabiano demonstrated the soaring power of his voice, which can also hush to a whisper as required. Fabiano charts the journey of Faust from painfully shuffling elder to bright-eyed, reinvigorated youth to desperate, drug-addled degenerate with pinpoint accuracy, garnering full audience sympathy and affection despite the fact that Faust is essentially a selfish, greedy man.

Fast rising Australian soprano Nicole Car conveys a similarly affecting arc for dear Marguerite, taking her from innocent subservient girl to passionate lover to pitiful fallen woman. The luscious tone of Car’s pristine soprano is in top form, and this is a role she could play for many years to come. Car’s gorgeous rendition of “Ah! je ris de me voir si belle en ce miroir (the Jewel Song)” is enhanced by the quality of her acting, as her body language conveys the way Marguerite gradually succumbs to the seductive appeal of the glittering jewels. 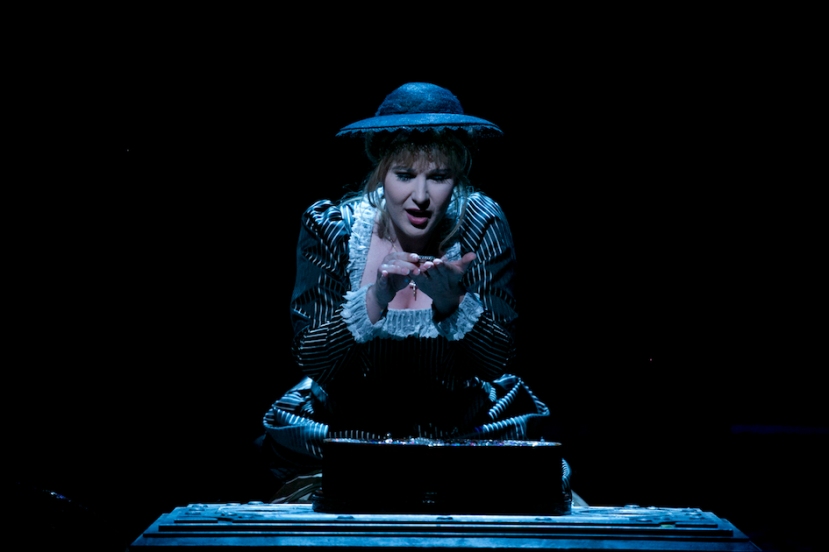 Having sung so beautifully individually, anticipation is high for Fabiano and Car’s first duet, “Laisse-moi, laisse-moi contempler ton visage,” as Faust begins his to conquer the virtuous young woman. Duets, and, indeed, the many trio and quartets scenes, are very well balanced, with Maestro Guillaume Tourniaire keep a tight but highly supportive reign over singers and the Australian Opera and Ballet Orchestra. The orchestra particularly impresses during the generous servings of ballet music, especially the exciting dance music in act five. 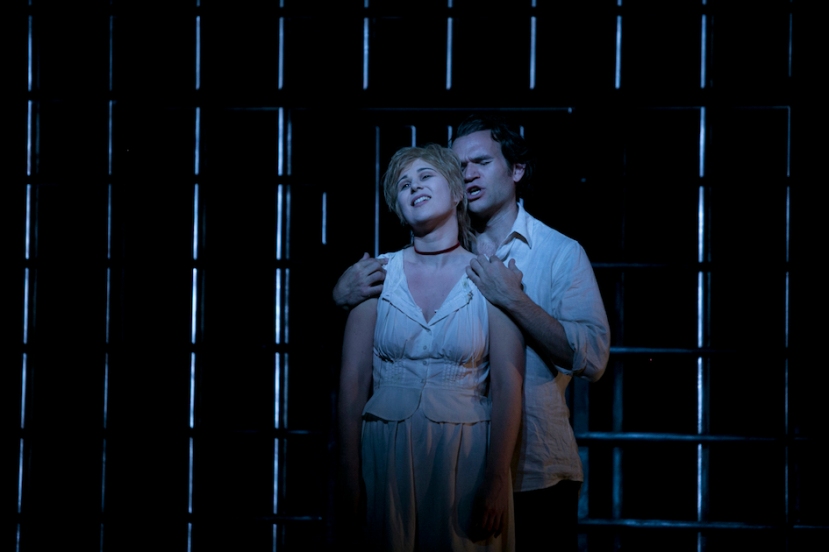 Charles Edwards’ spectacular, large-scale designs bring to mind the new staging of Les Misérables, so it must be noted that this production was designed first (2004 for Royal Opera et al). After a magical transition between the first two acts, from Faust’s chambers to the densely populated streets, it is a little disappointing that the remaining changes are covered with the house curtain. The sets are rich, extensive and highly attractive, completed to a very high standard of polish.

The dark and glossy costume design, by Brigitte Reiffenstuel, is as sumptuous and satisfying as the scenic design. Witty touches abound for the devilish Méphistophélès, who cheekily inserts himself into whatever is playing in each scene.

As Méphistophélès, popular bass baritone Teddy Tahu Rhodes does not quite produce the rumbling malevolence of Russian bass Barseg Tunyaman (so memorable in the wonderful VSO Faust of the 1990s) but has a charismatic presence that is appreciated by the audience. Rhodes more than holds his own in duets with Fabiano. 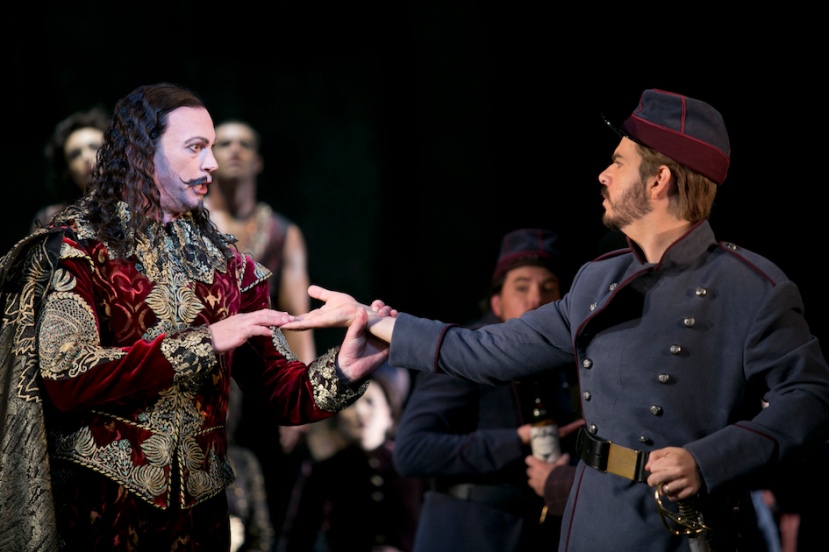 Chorus singing is reliably excellent, with a special immersive treat coming in the final glorious moments of the opera. The use of multiple actors and dancers add significantly to the visual pageantry.

Fingers are crossed that this production will visit Melbourne in the near future. Meanwhile, four Sydney performances remain in this current season. Opera lovers are urged not to miss Faust. 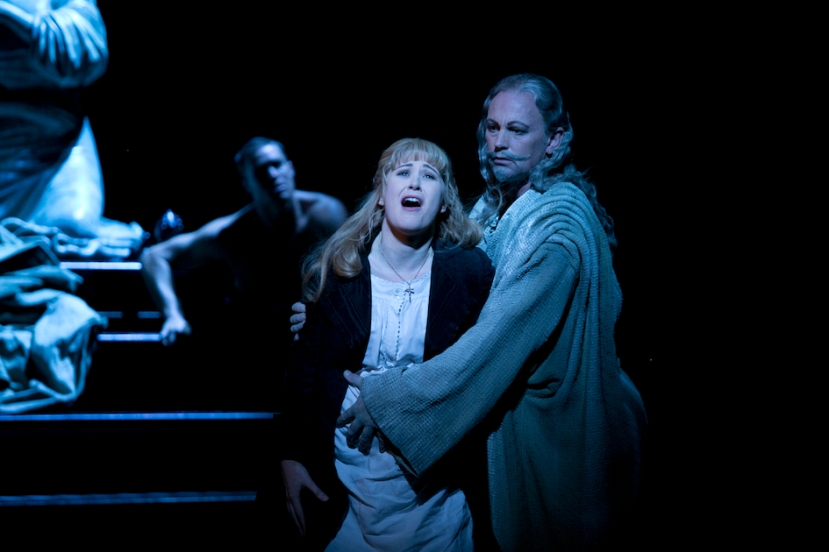 Man in Chair also reviewed Michael Fabiano in Verdi’s I Lombardi in concert in New York.