The minute you walk in the joint…your eyes are immediately drawn to red hot dynamo Verity Hunt-Ballard in her already legendary, award-winning performance as sweet Charity Hope Valentine.

Set Design, by Owen Phillips, may have a very Emperor’s New Clothes feel, but the Phantom’s chandelier hanging from Miss Saigon’s helicopter could not eclipse the star wattage emanating from Hunt-Ballard. In a blistering tour de force, Hunt-Ballard makes the fifty year old show vibrant, fresh and compelling. Lyrics and text pour forth in such a stream of consciousness that they seem to be natural, spontaneous reactions. In fact, the simplicity of the fluid staging makes the whole show seem to be an ongoing impromptu fantasia on relationships; it just all seems to be unfolding with a force of its own.

Ross Graham’s pinpoint lighting design aids this filmic continuity. Hunt-Ballard imbues our plucky heroine with a life far beyond the text on the page, capturing our hearts only to break them time and again. Her Charity is a jangling bundle of nerves, self-deprecating yet fiercely determined, naive yet worldwise, eternally hopeful yet ready for defeat. Speech patterns distinctly set Charity apart from the society she yearns to enter, creating as clear an example of class snobbery as that endured by Eliza Doolittle. Hunt-Ballard also sings up a storm and dances with charismatic flair. 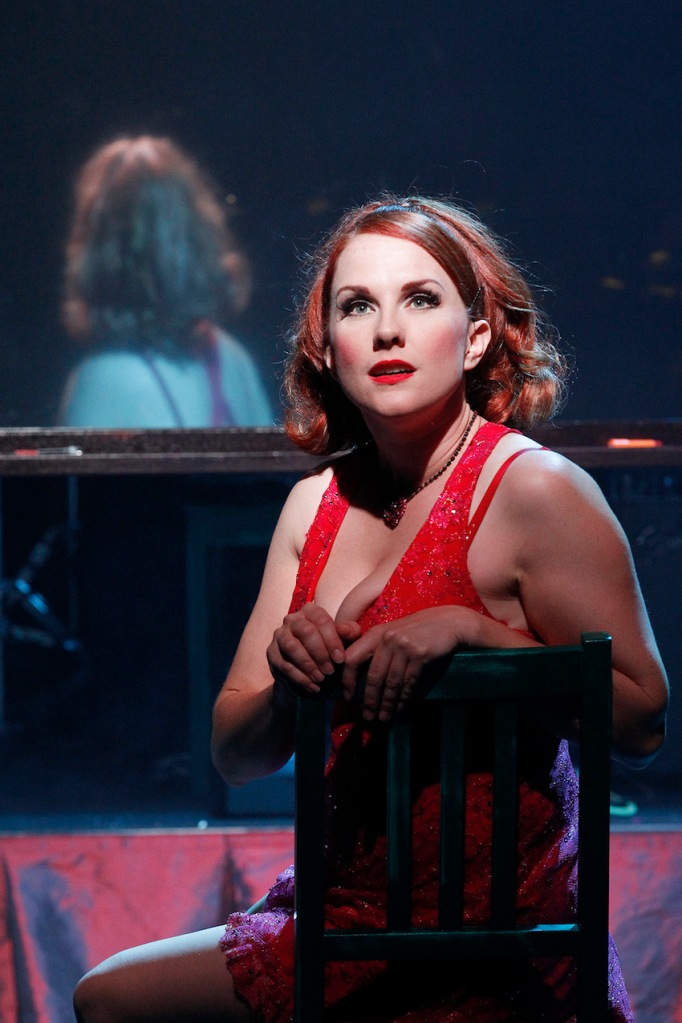 The show’s freshness is enhanced by the groovy adaptation of the score, with electric guitar replacing the brassy Broadway sound. Andrew Worboys’ musical direction is a superb example of songs emanating organically from scenes, with snatches of introductions heard as songs approach. A brilliant example of this comes when Charity and Oscar sing “I’m The Bravest Individual” to an accompaniment that sounds like elevator muzak. The opening lyrics of “Rhythm of Life” also work brilliantly as used by churchgoers in explanation to Charity and Oscar.

Worboys also plays cranky ballroom manager Herman, but his rendition of “I Love to Cry at Weddings” is diminished by having to go back to sit at the piano. Additionally, his casual, festive green shirt does not match the character at all.

Director Dean Bryant guides and channels the whirlwind of energy to thrilling effect, achieving an unsettling discomfort in Charity’s plight that eschews the usual cheerful familiarity of classic music theatre. Showing respect for the source material, Bryant allows the quality of writing by Neil Simon (book), Cy Coleman (score) and Dorothy Fields (lyrics) to shine through, without feeling the need for extraneous additions and gimmicks. The only brief exception to this is the unnecessary addition of a fairy godsister for Charity in the final moments. After rightly trusting Hunt-Ballard to carry the show all night, this feel-good ending undermines the poignancy of the crushing final scene.

That Bryant and Hallsworth work brilliantly as at team cannot be doubted given the seamless integration of choreography throughout the scenes. From the frantic action of the overture, the show dances its way from scene to scene. Each of the three sections of choice dance number “Rich Man’s Frug” are given a character and purpose. “I’m A Brass Band” is a celebration of all manner of dance styles, which, likes the text, seem to just pop into Charity’s head as she moves. Hallsworth has matched the choreography well to each actor’s skills, creating a joyous cohesive whole.

Using a concept from the 2009 Menier Chocolate Factory production, Bryant keeps the lead cast lean by having two key actors play more than one role. The idea of one actor playing each of Charity’s men (Charlie, Vittorio and Oscar) is a particularly inspired one, suggesting a subtext that Charity has a “type,” and that all her men are a variation upon each other. It also gives a male actor a challenge and showcase on par with the actress playing Charity. Leading man Martin Crewes is more than up to the task, putting a unique spin on each of these male characters. His Vittorio is as suave as he is immature, and he keeps Oscar grounded in realism despite the hyperactive nervy edge required. 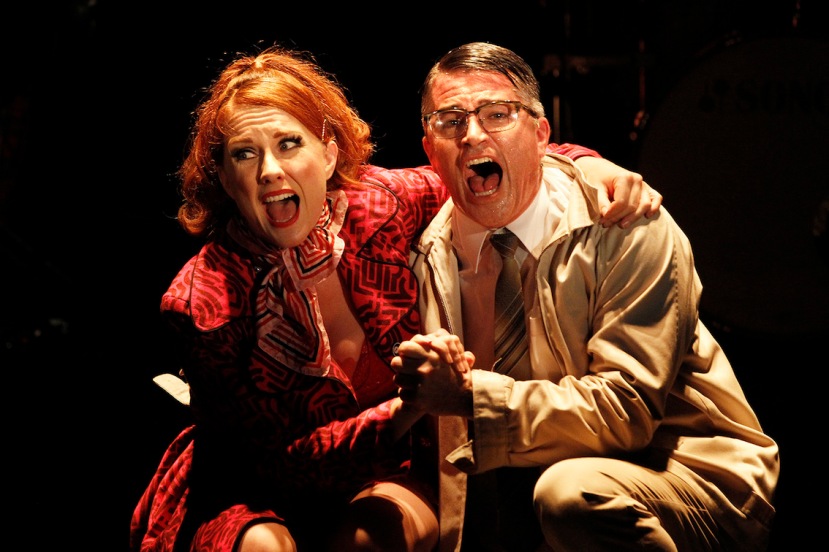 Debora Krizak makes an all too rare appearance on the Melbourne stage, giving us an earthy, world-weary Nickie and a spoilt British sex kitten as Vittorio’s slighted girlfriend Ursula. (I overheard a pair of gents at interval who had only worked out that these roles were played by the same actress by Krizak’s stunning pair of legs).

Kate Cole’s Helene is a sassy Southern complement to Krizak’s Nickie, the pair providing the jaded ying to Charity’s optimistic yang. Krizak, in particular, creates further layers by turning on a dime from flatly depressed to indulgently dreamy.

Tim Chappel’s red, orange and pink costumes are neatly contrasted by a set of multi-purpose green chairs. Changing Charity into white is a nice touch as she leaves the Fandango Ballroom, leaving her to don her signature pink again when her plans go pear shaped. The one odd costume choice is the conservative beige outfits for the Rhythm of Life church, which makes the congregation look much more Southern Baptist than New York. Wig design, also by Chappel, adds loads of character to the girls of the Fandango Ballroom.

Believe the hype. This is a landmark production that is not to be missed.