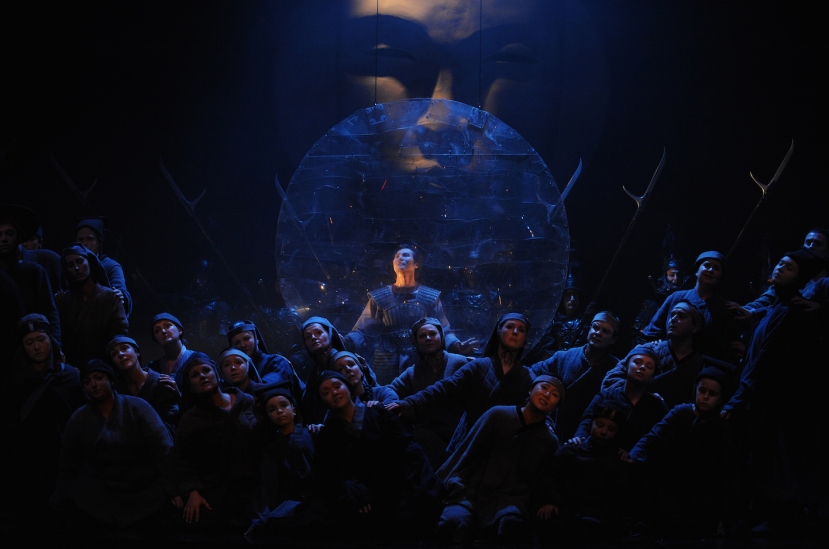 Looking as sumptuously polished as in its premiere season some 25 years ago (when tickets could not be acquired for love or money), Graeme Murphy’s timeless staging of Puccini’s final opera has aged remarkably well. In fact, the level of artistic collaboration has rarely been matched. Instrumental and vocal music, dramatic action, choreography, scenic design, costume design and lighting design come together in a tightly integrated package that would unravel if even one element were to be removed.

Murphy demonstrates that choreography is more than dance, as he fills the stage with ever-changing, undulating waves of chorus members. With massive vocal demands on the chorus, Anthony Hunt’s preparation is clearly first rate given the amount of movement and expression required from the chorus while singing. Lovely work also comes from the Opera Australia Children’s Chorus, prepared by Thomas Johnson. 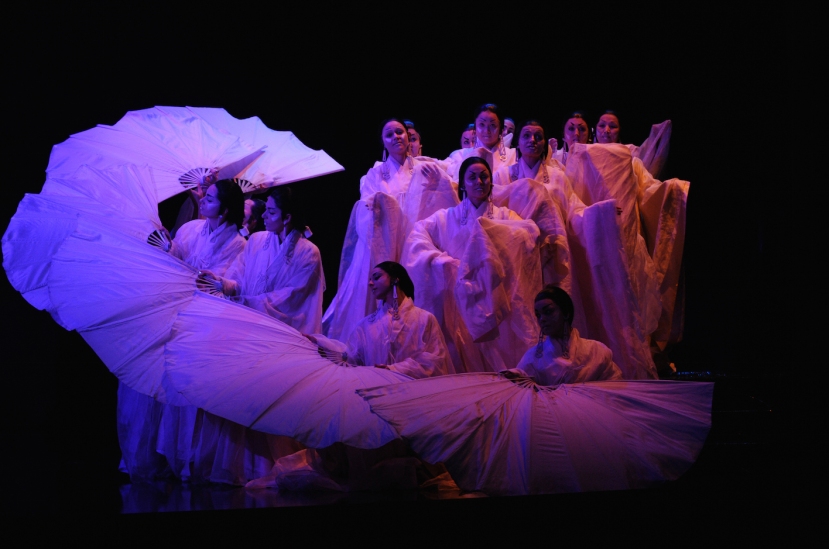 Kristian Fredrikson’s abstract scenic design keeps pace with the movement of cast, creating a fascinating flow of non-specific, ingeniously realised Asian imagery. A particularly inventive, and entertaining, sequence comes in the first scene of act two, in which the bamboo parchment scrolls of Ping, Pang and Pong are used in a multitude of highly creative formations. 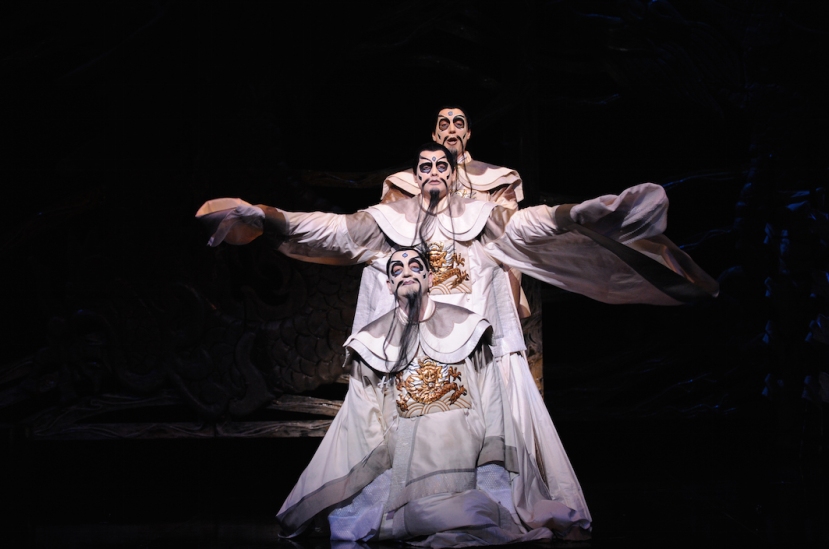 The lighting design of John Drummond Montgomery serves to both highlight and enhance Murphy’s action and Fredikson’s designs as well as allowing the on-stage Mechanicals to furtively support the effects in shadow. The luscious midnight purple haze that accompanies “Nessun dorma” is a very attractive and atmospheric feature of the lighting.

Revival director Kim Walker lands the bold strokes of Murphy’s storytelling with flair, also bringing out the quiet human moments of the poignant fairy tale in an affecting manner.

It’s all too rare for an opera to have a dance captain, but this is, of course, no ordinary production. Timothy Farrar has the movers of all abilities working in tight, focused unison.

In addition to superb singing from the Opera Australia Chorus, the lead cast provides highly memorable vocals of extraordinary quality.

South Korean tenor Yonghoon Lee is a magnetic figure as the brave Calaf. As heard recently in Met Opera’s Don Carlo, Lee’s rich, powerful projection moves seamlessly from middle to upper register. His middle register has an almost baritone-like burnished quality, while his upper notes are incredibly strong. Lee’s “Nessun dorma” is a sensational highlight, sure to be heard around the world as his career advances. 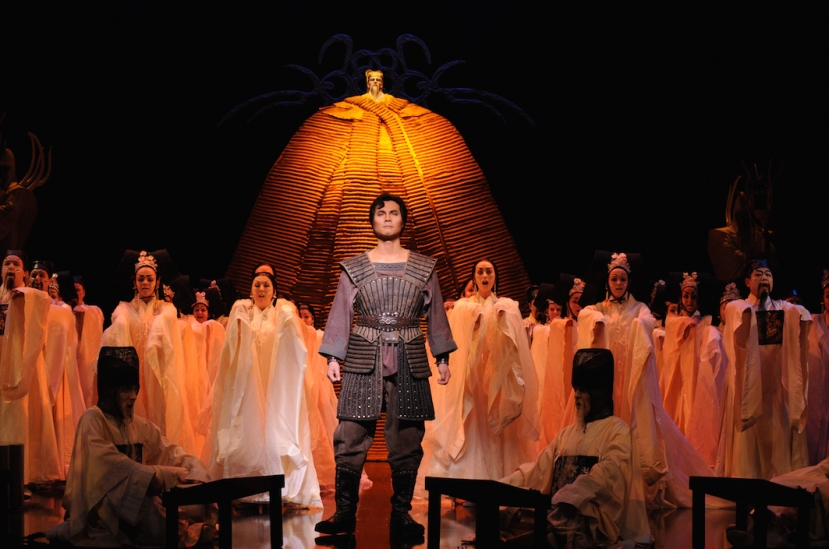 It is interesting to note that the two lead characters who do not have overly painted faces are played by singers of Asian background (Lee and Kwon). This not only supports the setting of the story but also gives a strong reflection of Australian culture. 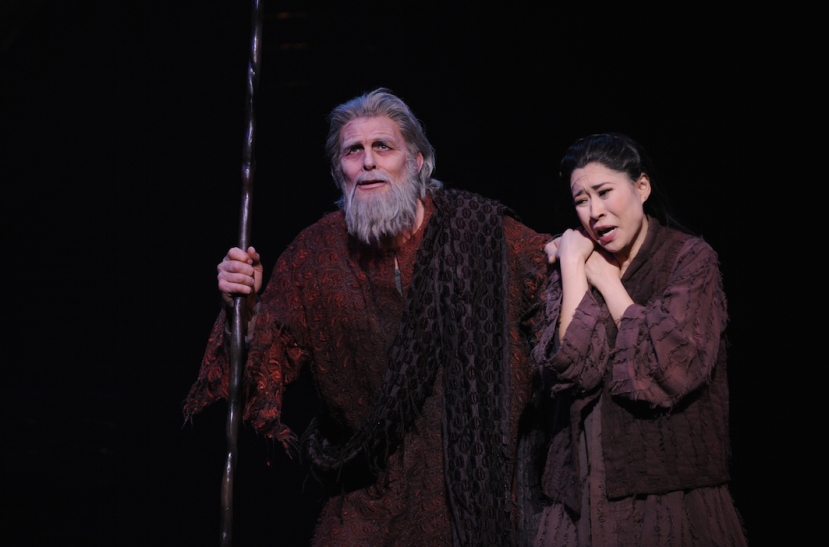 American soprano Lise Lindstrom sings the icy princess Turandot with majestic power. Given the fairly static direction for the implacably regal Turandot, Lindstrom draws on the full range of her vocal expression to convey the character. The piercing intensity of Lindstrom’s voice rings out easily over the combined volume of the full company. The final duet scene, written by Franco Alfano after the untimely demise of Puccini, is all the stronger for the combined might of Lindstrom and Lee. 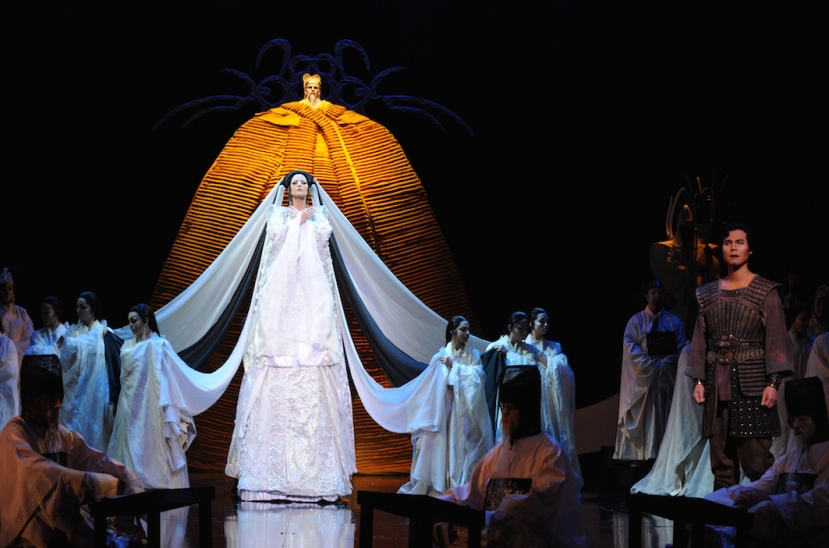 The strength of Opera Australia’s talent pool is exemplified by the number of singers who were also seen in La Traviata on the previous night. Multi-talented tenor John Longmuir’s dulcet tones ring out in the role of Pong, a merry twinkle in his eye seen clearly despite the heavily made up face. Baritone Luke Gabbedy sings with clarity and authority as Grand Chancellor Ping. Gennadi Dubinsky glides on stage as A Mandarin and Jin Tea Kim is the ill-fated Prince of Persia.

Tenor Graeme Macfarlane draws on significant experience to nimbly handle the multifarious movements of Pang. Bass Jud Arthur, as fine and adaptable an actor as he is a singer, gives a compassionate, portrayal of exiled king Timur, father of Calaf.

Benjamin Rasheed provides a rare moment of levity, giving the Emperor of China a mousy voice that in no way matches his mighty beehive-like costume/throne.

Much as it would be nice to just take for granted that opera always represents the pinnacle of integration of creative arts, this is one instance in which this is definitely the case.