Evergreen world favourite La Bohème is always a popular choice, and when enhanced by the performances of such glorious singers it is easy to appreciate its enduring appeal.

Back in 2011, Melbourne was fortunate enough to host the premiere of this production, the first to be commissioned by new artistic director Lyndon Terracini. It has become a regular summer fixture at the Sydney Opera House, but this is the first return visit to Melbourne. The calibre of the cast assembled for this return season means it has been well worth the wait.

While revisions to the time and place of operas can land with a thud, Director Gale Edwards’ masterful vision see the characters transplanted from 1830s Paris to early 1930s Berlin. Taking shelter in an abandoned spiegeltent, the young artists live their Bohemian lifestyle in a seductively decadent, licentiously liberal city. The presence of military regimentation hints at a darker future to come for the city. 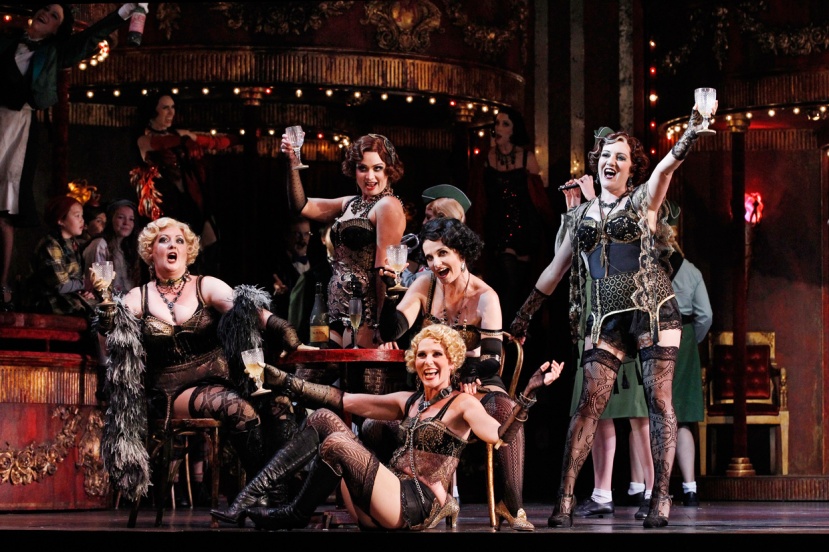 Creating grand playing spaces, set designer Brian Thomson houses the action in the frame of a towering spiegeltent, its festive colours fading fast. Instead of painting a simple canvas, Marcello is painting a mighty mural on the walls of the tent. His interpretation of the parting of the Red Sea provides a dramatic backdrop for the final act. Instead of pausing for a scene change for act two, Thomson stages a transition from the interior to exterior by angling the walls, and follows this with a spectacular jump to the opulent splendour of the Café Momus.

Julie Lynch’s costumes delineate the characters with clarity, particularly for the four male friends. Playing Musetta, Jane Ede’s height adds extra glamour and presence to her shimmering sequined dresses and elegant blond marcel wave. Lianna Haroutourian is not as well served by Mimì’s plain dress and simple bob, with the overall effect suiting the sweetness of the character but not conveying how she caught the eye of viscount. 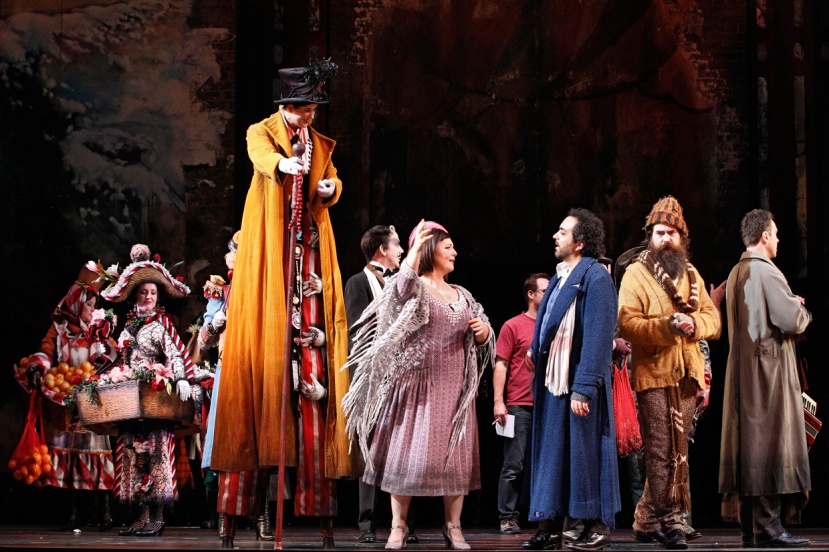 Revival director Andy Morton makes excellent use of the space and brings out the sense of fun of the struggling but merry artists. Marcello and Musetta’s protracted physical argument in act three makes perfect sense in light of their artistic temperaments. Played by slightly older artists, Mimì and Rodolfo’s love story comes across more as the discovery of midlife love than the expression of youthful passion, but the effect is just as touching. Morton achieves a palpable sense of closeness and sorrow amongst the six leads in the tragic final moments of the opera.

Italian tenor Gianluca Terranova has more than proved himself in prior Australian seasons of La Traviata and Rigoletto, and his singing as Rodolfo is equally superb, if not better. Without betraying a hint of effort, Terranova moves smoothly from mid range to his highest notes with the same clarion tone and carefully controlled power. From a magnificent beginning with “Che gelida manina,” Terranova gives a thrilling performance throughout the entire evening.

Making a very welcome Melbourne debut, Armenian soprano Lianna Haroutourian calibrates her voluptuous soprano, bringing out the fragility in Mimì with tender, silvery notes. The contrast with Haroutourian’s Sydney debut in the far more imposing role of Desdemona in Otello exhibits her adept range. Haroutourian’s luscious vocals blend beautifully with Terranova, and they create a most appealing pair of characters.

The success of this season is strongly supported by the excellent work of the remaining principals. Hearty Australian baritone Andrew Jones practically owns the role of Marcello in the various seasons of this production, and he brings a sexy, commanding vitality to the stage. Versatile Australian soprano Jane Ede proves an excellent choice for Musetta, conveying in equal measure the character’s vanity, glamour, jealousy, passion and tenderness, and singing “Quando m’en vo’ (Musetta’s Waltz)” like a shimmering art song. 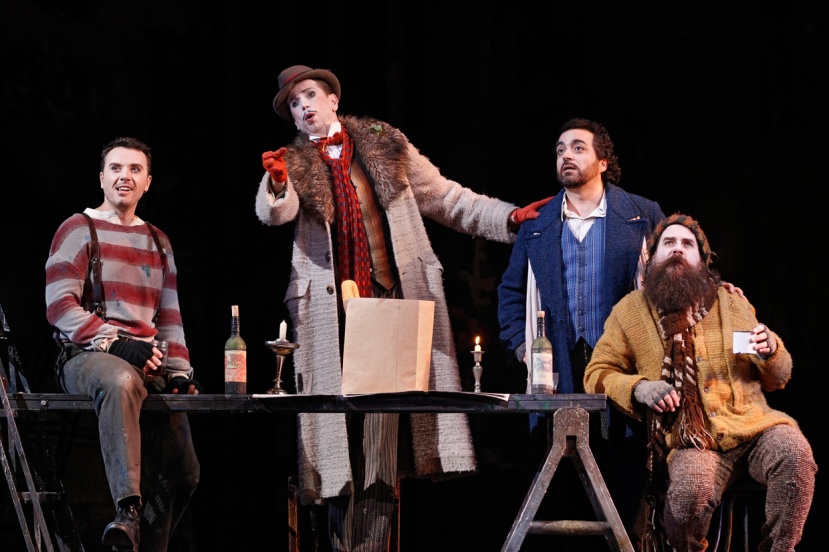 While long-term operagoers may feel they have attended sufficient performances of La Bohème, the superb cast for this Melbourne season is a very strong drawcard. Newcomers to opera will swoon over the romantic music and story.