Melbourne has been so spoilt with new and rare operas over the past couple of years that the appearance of a true chocolate box favourite is a welcome novelty. In its third Melbourne appearance, Opera Australia’s splendid 2011 production of La Bohème is as appealing as ever.

Updated to Berlin in the last days of the Weimar Republic, director Gale Edwards’ concept for La Bohème is as visually striking as it is intelligently conceived. The contrast of struggling artists and decadent consumption is perfectly exemplified by the cosmopolitan city of Berlin, with the subtle presence of Nazi officers adding an undertone of menace to the charming central romance.

Brian Thompson’s scenic design is a key aspect of the enduring success of this production. Thompson’s clever staging sees the bohemian artists housed in an aging Spiegeltent, where Marcello has been commissioned to paint a giant mural. The vast space gives the first and last acts a grander feel than the usual tiny rooftop garret setting, particularly in act four, where the characters and their drama are dwarfed by Marcello’s completed mural of mighty crashing waves. 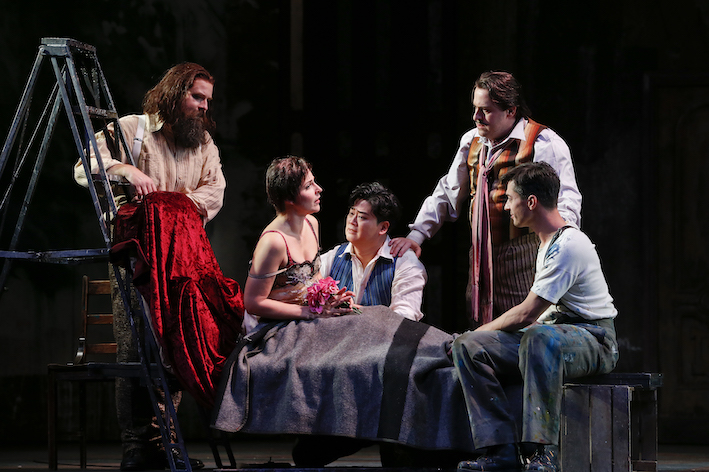 The spectacular scenic transition from act on to act two is a true highlight of the design. After the walls of the Spiegeltent turn slightly to create Berlin streets, they then rotate completely to reveal the glittering interior of Café Momus. Adding to the impact are the incredibly detailed costumes of Julie Lynch, who contrasts the dusky earth tones of poverty with the sumptuous colours of conspicuous luxury. There is a sense of deliberately heightened theatricality which makes perfect sense in the setting.

Working with a charismatic set of lead singers, all very well suited to their roles, revival director Hugh Halliday achieves affecting results with the very human drama. Camaraderie between the four male friends is high, and their spirited playfulness is a pleasure to watch. Rodolfo and Mimì’s tender, respectful romance is all the sweeter compared to Marcello and Musetta’s reckless, physically demonstrative passion. 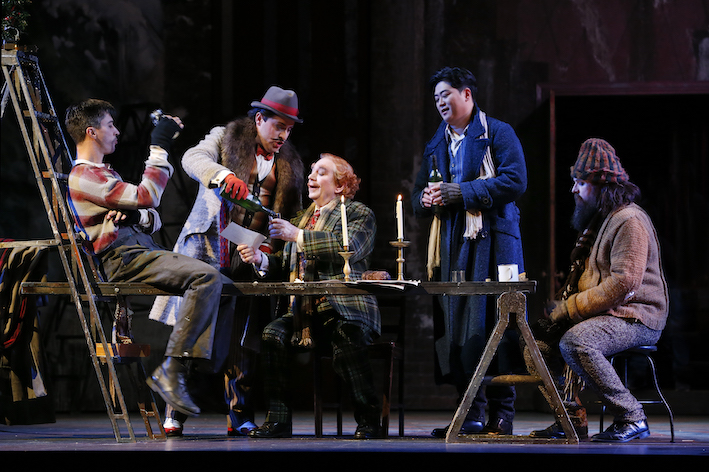 With the State Theatre orchestra pit in its larger configuration (ready for the concurrent season of Die Meistersinger von Nürnberg), maestro Pietro Rizzo is well placed to bring out the full delicate colour of Puccini’s beloved score. Orchestra Victoria responds with lovely playing, their finest pianissimi and sweetest percussion heard with ease.

Latvian soprano Maija Kovalevska is dream casting as Mimì, her creamy voice underpinned by power and yet filled with expressive vulnerability. As Mimì pleads with Rodolfo in act three, Kovalevska’s singing of “Donde lieta uscì” reaches the heights of poignancy. Kovalevska wins audience affection as she captures Mimì’s blossoming, yet ever precarious self-confidence, and her ashen demeanour in the death scene is most affecting. 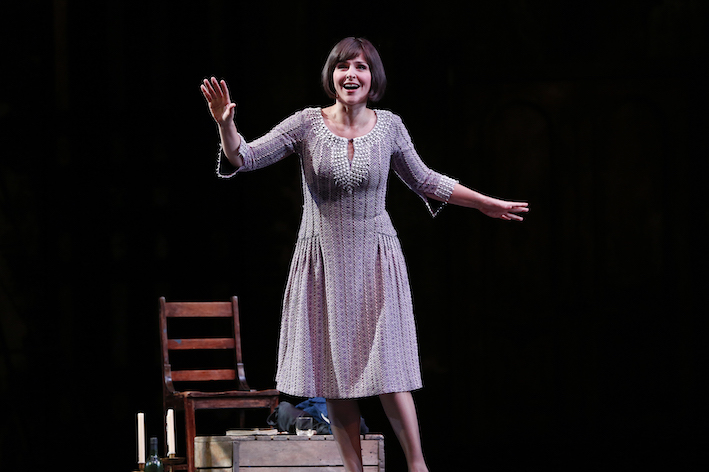 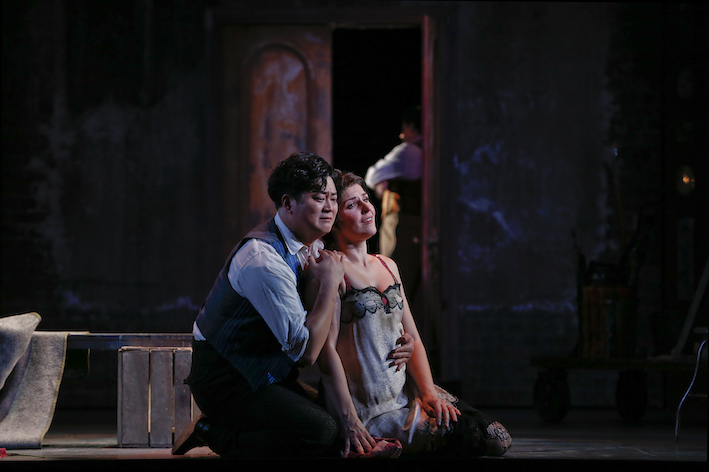 In a very masculine incarnation of Marcello, baritone Christopher Tonkin gives a naturalistic, understated performance that commands attention through sheer charisma. Marcello’s tempestuous relationship with Musetta can often be seen as a lesser backdrop to the two lead lovers; here, it is all the more believable due to Tonkin’s sincere focus.

Soprano Jane Ede revisits her finely calibrated Musetta, seen and enjoyed in the 2016 Melbourne season. Ede makes a dazzling entrance, her statuesque Musetta shimmering in sequined pencil gown and platinum blond marcel wave. The staging of “Quando m’en vo’” (Musetta’s Waltz) is entertaining, if a little busy, yet Ede remains the centre of attention due to her pristine vocals, intelligent vocal expression and her deft portrayal of the simmering sexual tension between the glamorous starlet and her working class painter, Marcello. 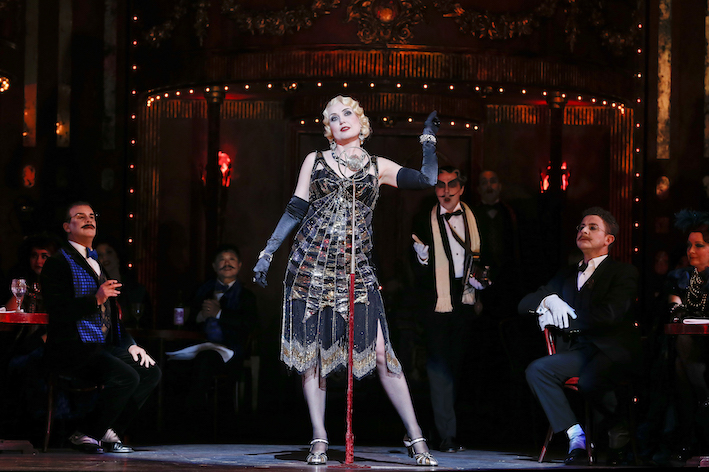 Proving the old adage that there are no small roles, Graeme Macfarlane is a whimsical Benoit, and Adrian Tamburini wrings every drop of Italianate vanity out of Alcindoro.

Already the perfect introduction to opera, this production of La Bohème adds an air of excitement and glamour to the time honoured work whilst still fully respecting its original intentions. Seasoned operagoers will find fresh pleasure in the charming performances.