Bizet’s charming score has made The Pearlfishers a bit of an Australian favourite, but even the carefully considered direction of Michael Gow is not quite enough to sharpen the ill-conceived concept and unwieldy libretto. 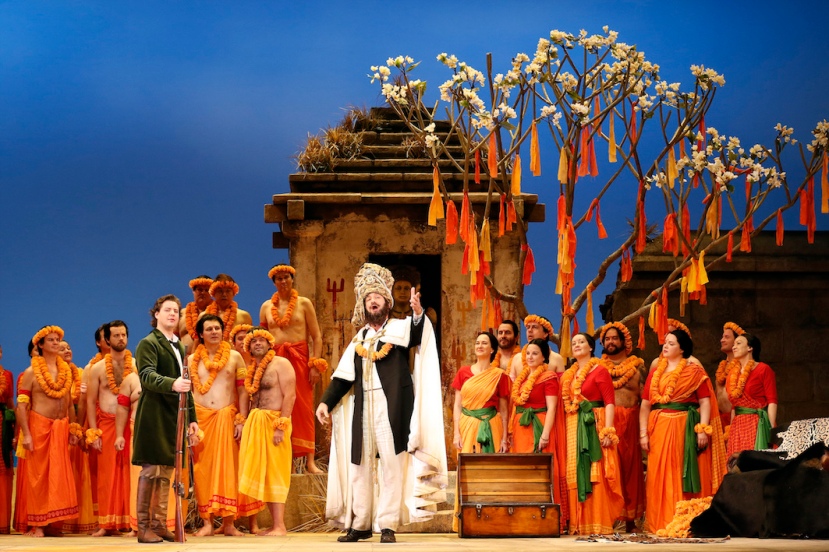 Gow’s main conceit is to make the three male leads European, bringing some clarity to these characters’ motivations and, incidentally, avoiding the sort of modern day backlash that can arise when Western performers dress up as Eastern characters.

With some of his Western trappings for comfort, Zurga is a pearl dealer, exploiting the local fishermen. Nadir is a game hunter who reunites with Zurga when he happens across the beach where Zurga operates. Religious racketeer Nourabad brings Léïla to the same beach, igniting a deadly conflict between the two men who both have a history with the alluring beauty.

These adaptions, along with the 1860 setting, fit perfectly well into the original plot, but the removal of Eastern mysticism may have been taken too far, robbing the opera of some of its characteristic vibrancy. Homogeneous styling of the chorus is an outdated design choice, and positioning of the chorus in rows of straight lines is below high school musical standard. It is hard to say which aspect was worse – the use of drab western fabrics for the chorus costumes (rather than attractive eastern fabrics), or the complete absence of spray tan for the shirtless chorus men. 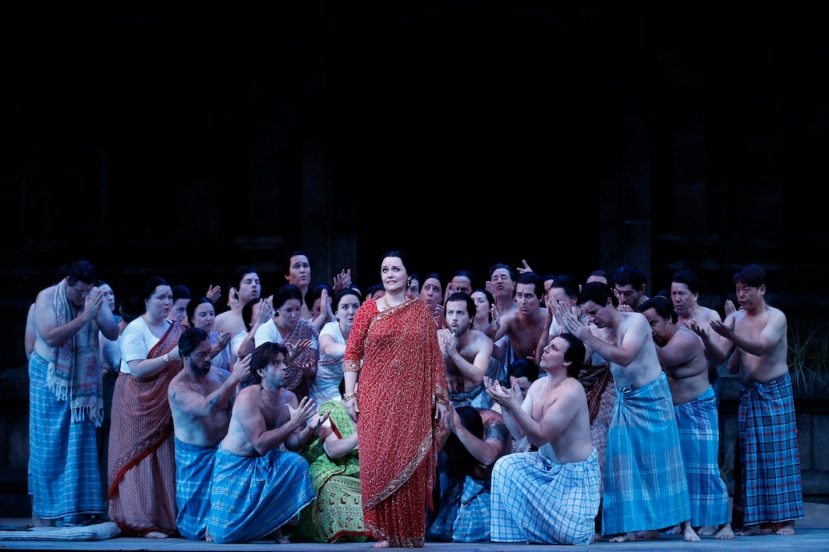 While their appearance and direction may be uninspiring, vocals from the Opera Australia Chorus are absolutely superb, with chorus master Anthony Hunt excelling in his meticulous preparation of rich harmonies and tightly controlled dynamics. Even with large numbers on stage, the chorus performs a particular sequence in act one in a hushed pianissimo not much louder than breath.

Expertly integrated with the top class choral singing is the equally pristine performance of Bizet’s gently melodic score by Orchestra Victoria. With the music clearly in his blood, Maestro Guillaume Tourniaire works with energetic grace to give his attention and support to singers and musicians alike, creating a beautifully balanced and unified sound.

Kemp’s lackluster costuming is matched by a simple act one beach setting that is wide enough but not tall enough for the State Theatre stage. The outlook improves with larger temple and star cloth in act two. A stately yet decaying western house for Zurga is a clever touch from Gow. 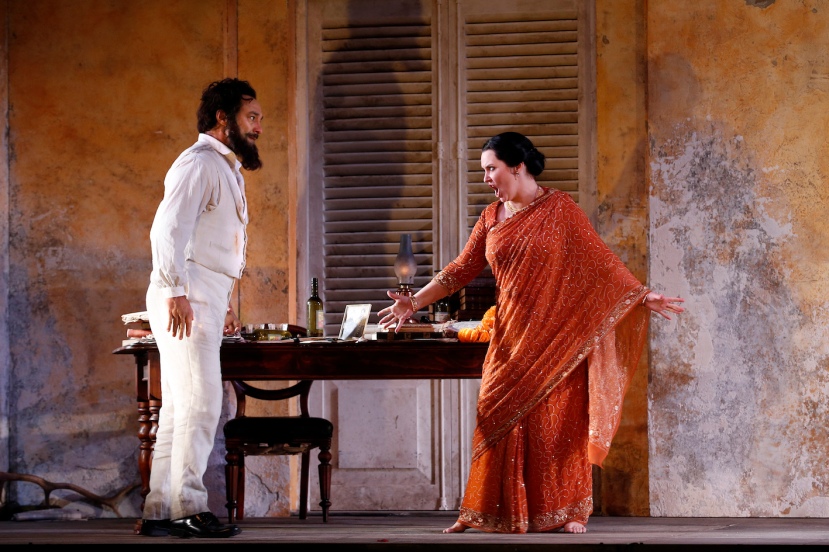 Matt Scott’s lighting is suitably bright and sunny, but the attempt at a storm effect in act three is underwhelming and the lack of a fire effect in the finale is an odd choice.

While Gow’s character choices are interesting, his direction of the principals leaves much to be desired. Characters frequently stand too far apart and face squarely to the front, inhibiting them from making human connections with each other.

Of the four leads, the stand out is Steven Gallop in the featured role of Nourabad. Gallop has a masterfully assured stage presence, and sings with an unflinchingly strong clear bass.

José Carbó has a commanding presence as troubled expatriate Zurga. He sings with a hearty, heroic tone, although his voice loses shape somewhat in softer passages. Hidden under wildly wooly wig and whiskers (presumably to try to explain why Léïla does not recognise him), Carbó nonetheless conveys the simmering effect of Zurga’s inner demons, explaining his quick anger when betrayed by Nadir and Léïla.

Visiting Russian tenor Dmitry Korchak sings the role of Nadir with apparent ease, with secure top notes and lovely phrasing. Perhaps under-directed, Korchak does not quite achieve an involving characterisation of the role, although his big act one aria “Je crois entendre encore” is delivered with care and precision. Likewise, Korchak and Carbó’s performance of the famous duet “Au fond du temple saint” is given a sensitive rendition with a deliberately slow and involving build in power up to the final segment. 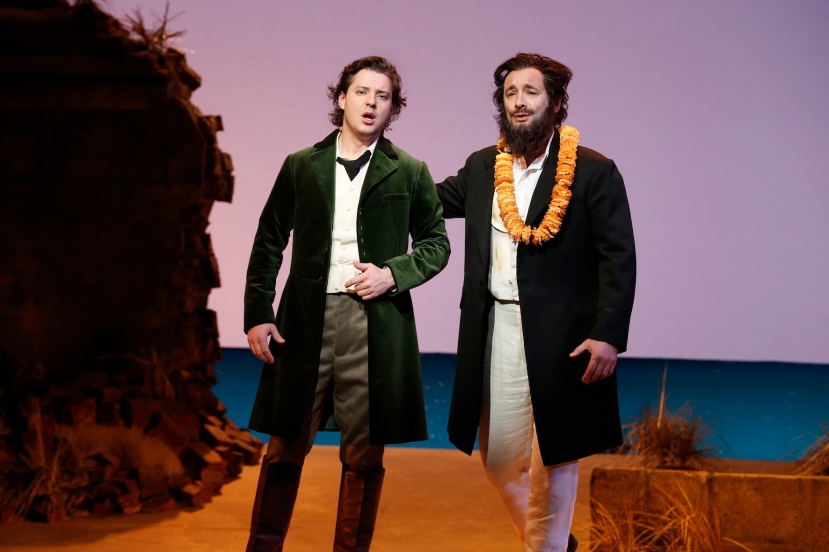 Beloved Australian soprano Emma Matthews also suffers a little from under-direction, portraying Léïla (the only native character in this version) with little or no eastern mysticism or exoticism. Matthews is in lovely voice, although just slightly overpowered by the orchestra in her middle register. An experienced and talented actress, Matthews’ high emotional intelligence comes to the fore in her affecting act two aria “Comme autrefois dans la nuit sombre.” 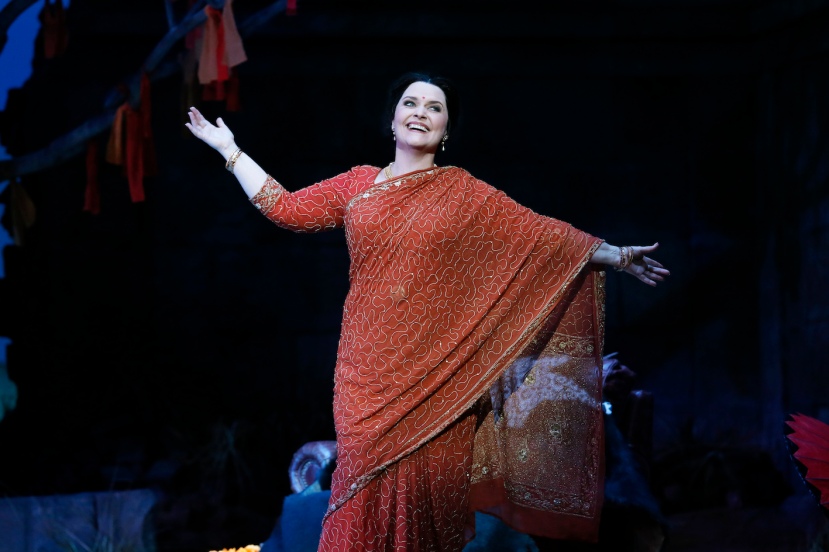 The high quality of the orchestral and choral music is sure to please operagoers who are fond of The Pearlfishers.

The Pearlfishers plays selected dates at State Theatre, Arts Centre Melbourne until 28 May 2016.