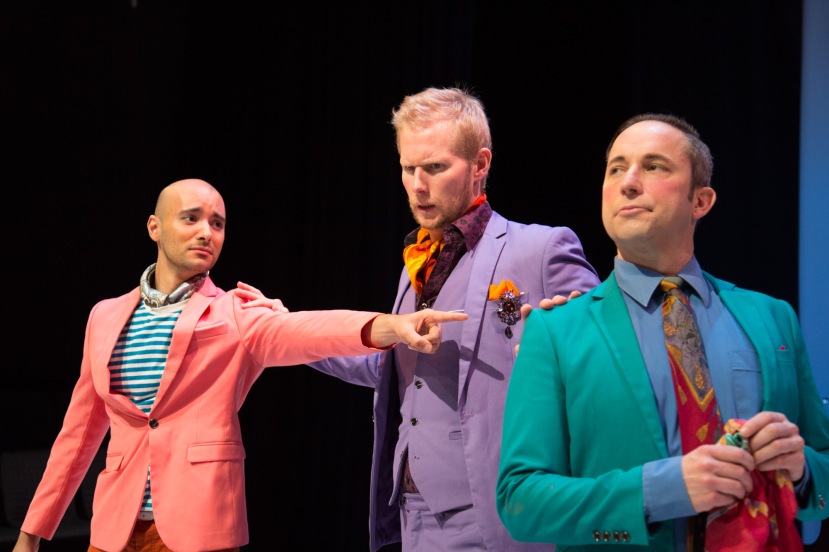 Neatly updating the action from 18th century France to a Rome fashion house at the peak of the garish 1980s, emerging director Lara Kerestes brings out a uniformly capricious comic style in each member of the appealing young cast. With reliably expert musical preparation by Pat Miller, the delectable score is performed with confidence and flair.

Chaotic misunderstandings ensue when lovesick young Florville impersonates Signor Bruschino Jnr to win the hand of fair Sofia, daughter of fashion magnate Gaudienzo. Kerestes creates lively interest with the eight-strong ensemble cast from the very first bars of the tuneful overture. Sung in English, with impeccable diction, the featherlight plot is simple to follow and provides many laugh out loud moments.

Lucy Wilkins’ witty costume designs see the cast outfitted in an outrageous rainbow of retina-burning neon designs. The overall effect is quite dazzling, but if there had to be a highlight it would be tottering assistant Mariana (Genevieve Dickson) looking like a walking New York taxicab in vivid canary yellow with black and white houndstooth inserts. 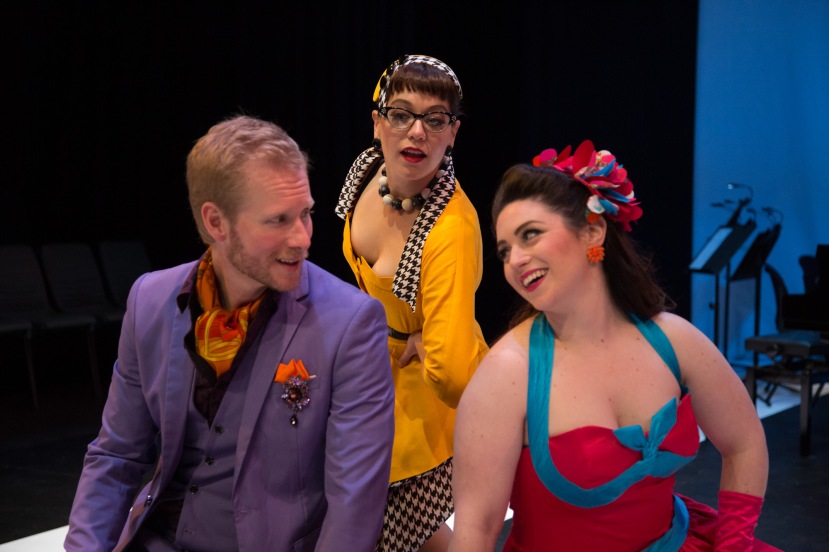 The tiered seating at Chapel off Chapel is pushed back to create a seemingly vast playing space, made all the longer in appearance by three wide white stripes running lengthwise down the centre. The U-shaped seating serves a triple purpose: it complements the fashion setting by generating a cat-walk vibe, it aids sound balance by keeping the orchestra well upstage, and it connects the space to the traditional horse-shoe shaped auditoriums of Europe. 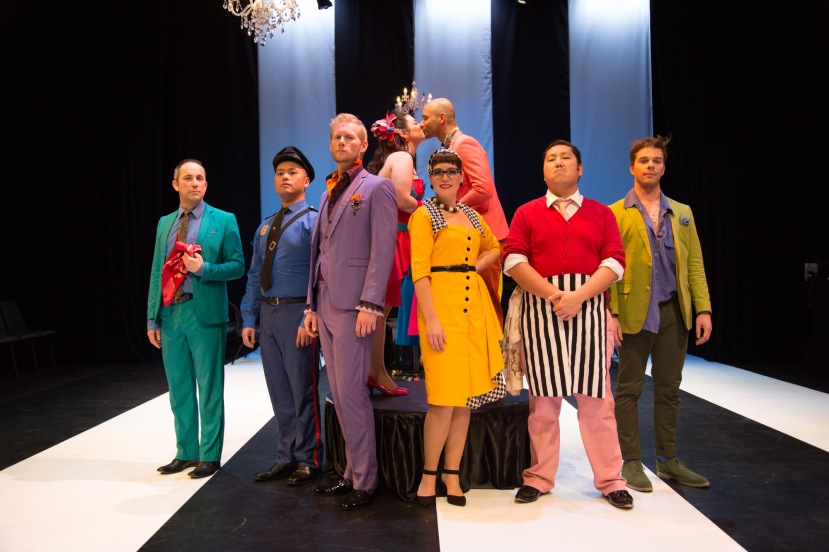 Presiding over 14 talented musicians, Miller delivers a meticulously finessed rendition of the highly accessible score. The overture includes the interesting feature of the second violin tapping their bow on their music stand, a sound Kerestes uses to symbolize each character knocking before making their entrance.

Given the concise nature of the work, Rossini still takes his time with some wonderful character-establishing arias at the top of the opera. Playing Sofia as a rather vacuous sexpot, Rebecca Rashleigh charms with an opening aria that is as fine as anything Rosina sings in The Barber of Seville. One of the musical highlights of the evening is Sofia’s tender aria “Ah voi condur volete,” when Rashleigh is joined onstage by orchestra member Jasper Ly on cor anglais. Ly presents himself with the swagger of a fully-fledged member of the Rat Pack. 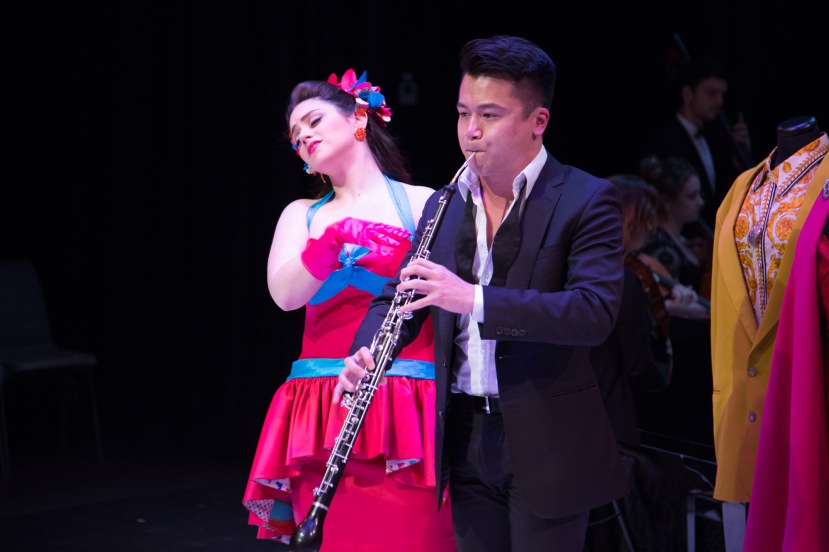 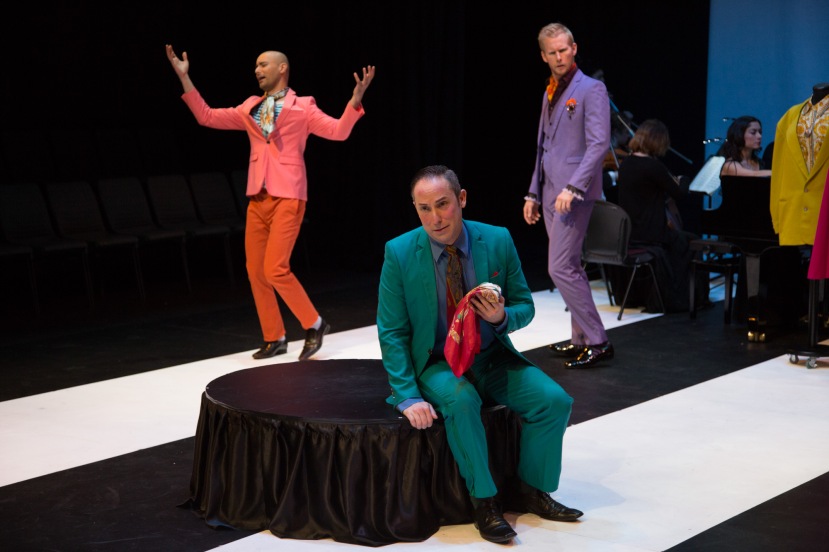 Handsome bass Matt Thomas may be a little young to play Gaudienzo, father of Sofia, but this quibble is soon forgotten given his roguish stage presence and smooth liquid bass voice. The final duet, in which Gaudienzo “convinces” his daughter to marry Florville, features Thomas and Rashleigh at their best. 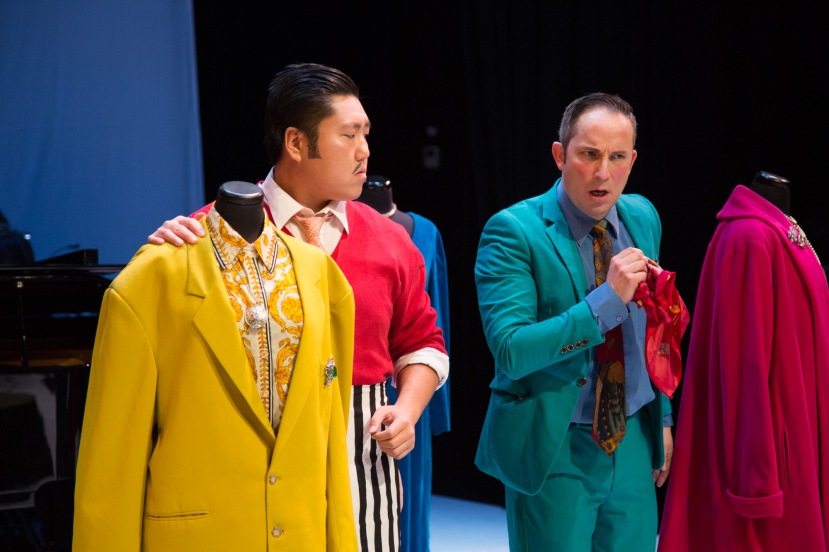 Give the number of opera lovers in Melbourne there should not be so much as a spare ticket available for Il Signor Bruschino. The brisk 75-minute piece is great value entertainment.