The Melbourne return of Stephen Baynes’ Swan Lake is distinguished by absolutely superb lead performances from two of The Australian Ballet’s most loved Principal Artists.

Four years after its premiere, the production remains in pristine condition, with Hugh Colman’s grand, yet tastefully understated designs framing and supporting the dance without ever threatening to overpower it.

2012 lead pair Amber Scott and Adam Bull return to their roles with even greater depth of feeling and more finely finessed dancing in the iconic roles of Odette/Odile and Prince Siegfried. Still in their physical prime yet bearing the emotional intelligence that comes with maturity and extensive experience, the sensational work from the pair earned an all too rare standing ovation on opening night. 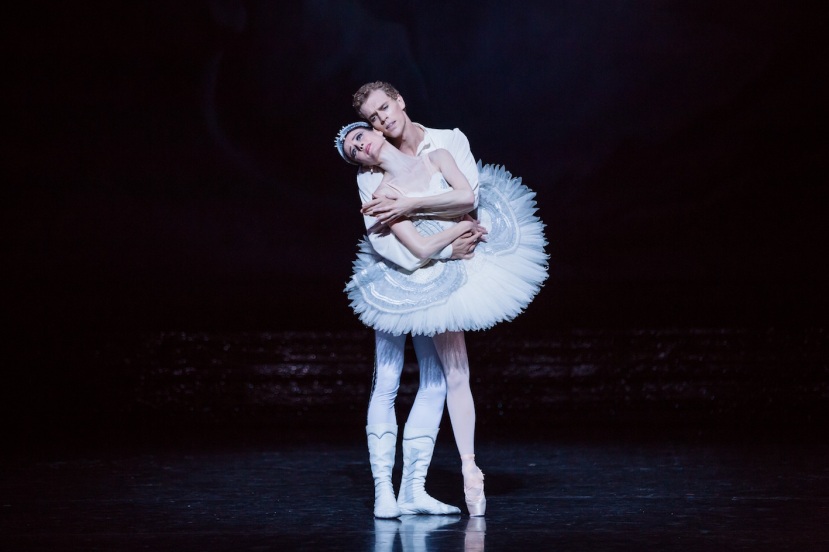 Finally donning a Prince’s tights again, the sight of Bull taking the lead in Melbourne is a welcome one indeed. Expertly conveying the full range of psychological overtones of Baynes’ staging, Bull owns the stage as he moves from the Prince’s melancholic dissatisfaction at his own birthday, through to his sheer delight at discovering Odette, on to his instant attraction to temptress Odile, concluding with the overwhelming sorrow that drives his final action. Keeping his early dancing muted and grounded, Bull’s tightly controlled explosion of energy in the Prince’s ecstatic act three solos is an incredibly thrilling sight.

While all of Bull and Scott’s solo and pas de deux work is first rate, the warmest applause and loudest cheers come for the central pas de deux in act two. Beginning with raw tension as notes are plucked slowly on the harp, the pair allows their characters’ repressed desire to gradually pour out as it is expressed through exquisite dance. 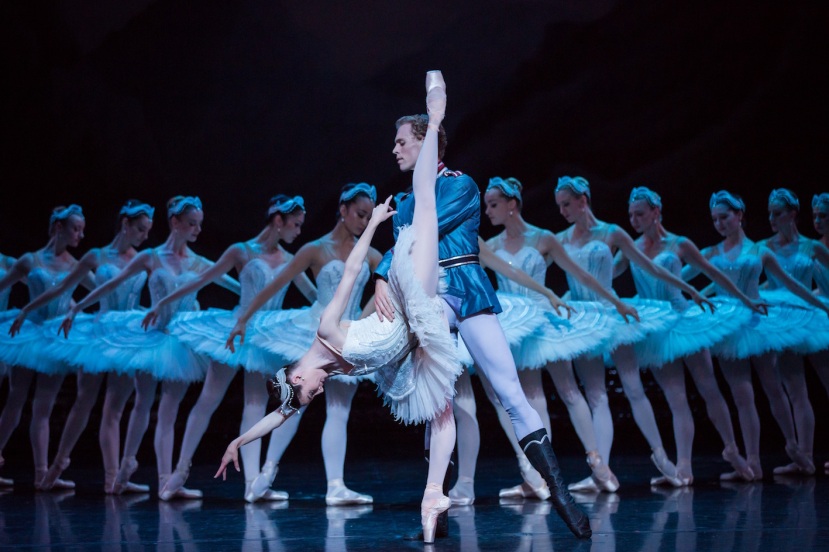 It is interesting to view the tale of Swan Lake in the context of the smash hit 2016 miniseries adaptation of War and Peace. Created within little over a decade of each other, the stories inhabit the same world of princes and palaces, marital and military glory. Baynes’ storytelling fills the scenes with living characters of all rank and stature, from princesses to peasants.

Majestically filling the State Theatre stage, Colman’s designs capture elegant old world grandeur while possessing a fresh, modern appeal. In act three’s great ball, the vivid purples and reds of the Cossacks and Spanish dancers stand out boldly against the dusky pinks and mauves and mossy greens of the corps de ballet. Odile’s black tutu seems adorned with the ominous silky thread of a spider web.

Rachel Burke’s lighting design covers scene transitions in inky blackness, allowing new elements to emerge as if by magic. Domenico Bartolo’s animated projections are used judiciously to suggest the arrival of the swan that becomes Odile then the flock that becomes the swan maidens.

Having worked with a great many of the world’s top ballet companies, visiting conductor Andrew Mogrelia makes a most auspicious guest appearance at the conductor’s podium. Mogrelia’s leadership of Orchestra Victoria is confidently assured, demonstrating clear familiarity with the tempi required for the choreography in this space.

The two balls feature wonderful work from the Prince’s trio of close friends. Dancing with carefree joy, in clear contrast to the despondent prince, Cristiano Martino beams with youthful fervour as Benno. Fast rising star Benedicte Bemet sports a glamorous Audrey Hepburn look as the Duchess, and Sharni Spencer is just as delightful as the Countess. Working closely with corps and Bull, this trio are chiefly responsible for making the dances appear fresh and spontaneous rather than looking like contrived divertissements.

The quality of the stunning contribution of the corps de ballet cannot be overstated. Dancing at the balls is wonderful, but it is the swan maidens who are truly mesmerising as they move in undulating waves as if propelled by an unseen spontaneous force.

Dancing the famous Cygnet quartet are Sarah Thompson, Eloise Fryer, Dimity Azoury and Jill Ogai, their deliciously precise work over all too soon.

Terese Power amuses in a charming cameo as Siegfried’s Nurse.

Grab the opportunity without hesitation if a ticket miraculously happens to come your way.