In an all too rare foray into twentieth century Russian opera, Opera Australia showcases a large local cast of shining talents in The Love for Three Oranges. 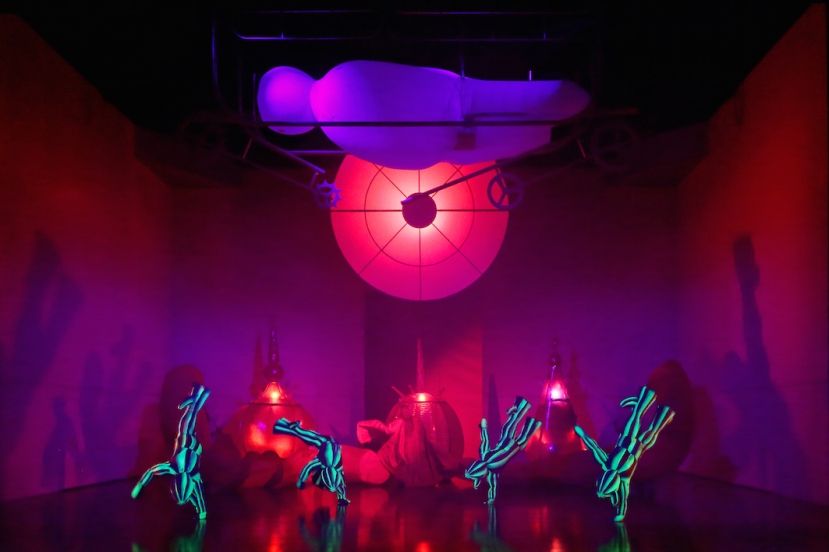 Writing The Love for Three Oranges almost one hundred years ago, it seems that Prokofiev may have had some futuristic insight as to the attention span of the YouTube generation. The score is a mosaic of snatches of arias, choruses and scenes, pouring forth with seemingly chaotic spontaneity. The music may not be hummable, but it has an infectious snap, crackle and pop that is easily accessible and enjoyable on first listen.

Maestro Anthony Legge acts as a virtual ringmaster in juggling ever-changing tempos and cues across the full range of instruments, multiple soloists and massive chorus. The chance to perform this music must inspire a sense of the labour of love amongst the musicians and singers. With so much featured chorus work, the Opera Australia Chorus and the principals form a uniquely integrated ensemble cast, working as one with the Australian Opera and Ballet Orchestra to deliver a sterling performance of the fiendishly challenging score.

The source material is Carlo Gozzi’s eighteenth century play, which utilised the popular sixteenth century style, commedia dell’arte. The original French libretto has been smartly updated by playwright Tom Stoppard, who delivers a daffy, witty text that amuse without resorting to crass profanity.

In the traditional commedia dell’arte structure, the chief antagonist must fulfill two distinct quests, one in each half. The Love for Three Oranges follows a melancholic Prince who must learn to laugh. The Prince then sets forth in search of three Oranges to find his true love.

The design and direction of this visually appealing production, created in 2005, complements the style of the opera to perfection. Keeping pace with the ever-varying scenarios and characters, the cohesive combination of George Tsypin’s flexible scenic design and Mark Howett’s colourful lighting design matches the playfully spontaneous vibe.

Tanya Noginova’s spectacular, witty costume design identifies the large number of characters with great flair. The reveal of the white-gowned princesses within the luscious taffeta oranges was a trick worthy of Broadway master William Ivey Long.

Rising superbly to the challenge of adding featured acting roles and an abundance of choreography to their vocal performance, the Opera Australia Chorus steps downstage into the spotlight to great effect. The deliciously camp Ridiculous Ones are particularly amusing. 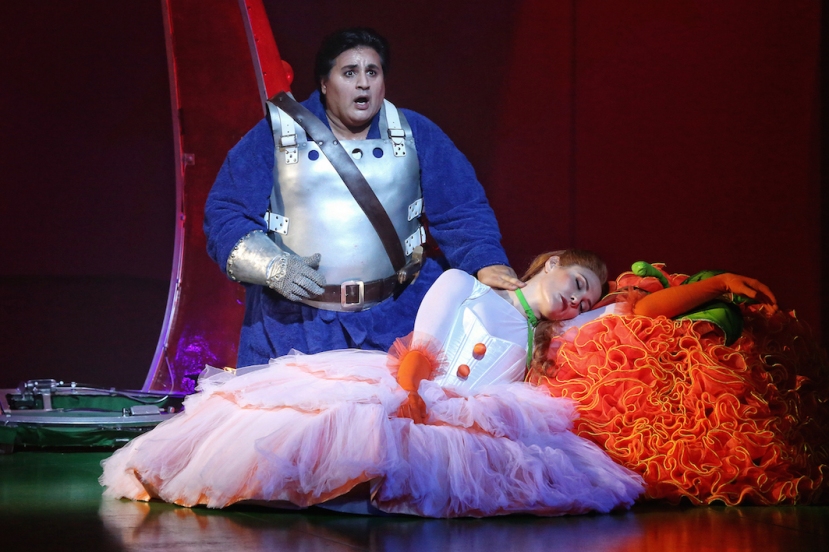 With Kanen Breen playing Truffaldino, it would seem redundant to mention that the character is the court jester. A three-ring circus in his own right, Breen delights with an ongoing stream of eye-catching comic business.

Of course, there must be some straight roles to balance the comedy. Unrecognisable except for his smooth bass voice, David Parkin plays the doddering King of Clubs. Equally well disguised in incredible red make up is Pelham Andrews, who bass voice booms out mightily as demonic villain Farfarello. Fellow bass Adrian Tamburini steals act three as the bloodthirsty Cook. Tamburini again displays the ringing power of his gorgeous bass voice, as well as unearthing a wicked flair for physical comedy.

Eva Kong and Catherine Bouchier prove themselves great sports by waiting patiently on stage in their Orange costumes for their fleeting cameos as the two ill-fated Princesses Linetta and Nicoletta. Fortunately, Julie Lea Goodwin’s sweetly sung Princess Ninetta survives to take part in the happy ending.