As the title suggests, First Date is about a couple on their first date, which is, in fact, a blind date. The 90-minute musical has much more of an off-Broadway vibe, which makes it a perfect match for an independent production at Chapel off Chapel. The suitability of the show is further enhanced with a transplant from New York City to inner urban Melbourne, a move that is very smoothly accommodated.

Austin Winsberg’s sharply written book provides many recognisable moments, and avoids saccharine tendencies as it winds its way to a well-earned upbeat ending. Alan Zachary and Michael Weiner’s accessible score features little in the way of memorable music but seamlessly continues the pleasant humour of the dialogue scenes. 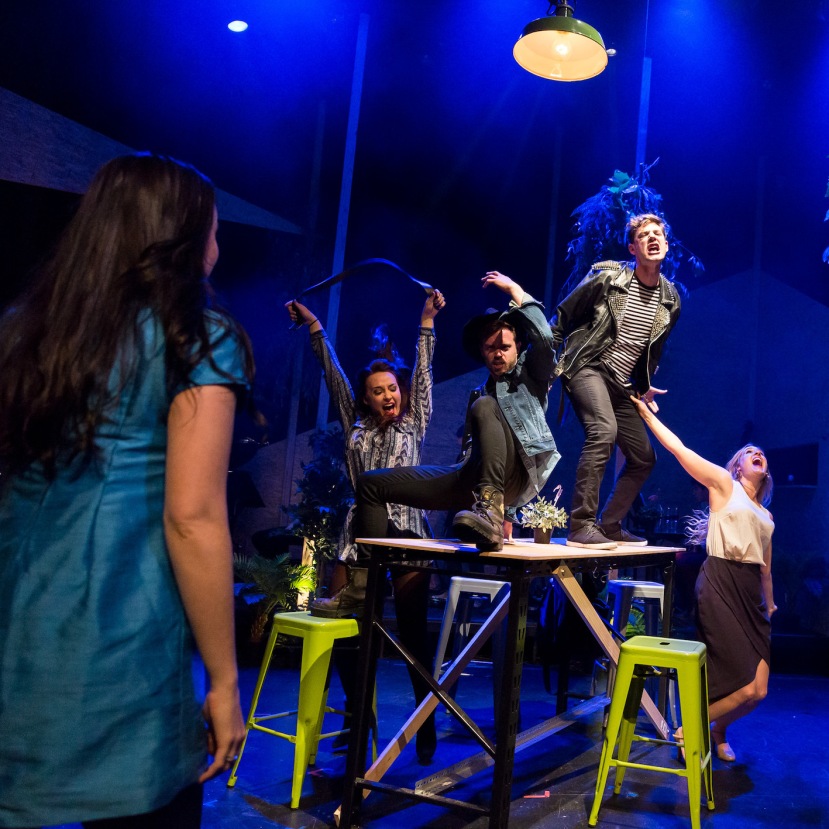 The first and most striking aspect of the production is the beautifully realised scenic design by Sarah Tulloch. The space is transformed into a capacious café, with hanging plants, eclectic furniture and a real coffee machine. Arrive early to secure a table at the front of the seating bank and enjoy a coffee before the show.

Progressing through as many dips, peaks and sharp turns as a rollercoaster, Aaron and Casey’s date covers first impressions, small talk, awkward pauses, unintentional insults and the gradual lowering of defences. The inner voices of the pair’s thoughts, despairs, memories and dilemmas are brought to life by the other five cast members, who break out from their evening at the café to become various friends, relatives, exes, therapists and even imaginary children.

Also populating the café, in a style reminiscent of Waitress, are the five talented musicians of the band. Seated in the café’s kitchen, percussionist Cambel Phillips’ chef’s hat is a witty touch from Tulloch. Musical director Stephanie-Jane Lowendon-Lowe, on piano, maintains a supportive stage presence, gently presiding over a very confident performance of the unfamiliar score.

Overall, Tulloch has toned down the theatricality of the costumes to successfully keep a natural sense of realism. Additional touches to transform the ensemble cast into the supporting characters are all achieved with efficiency and a touch of flair. 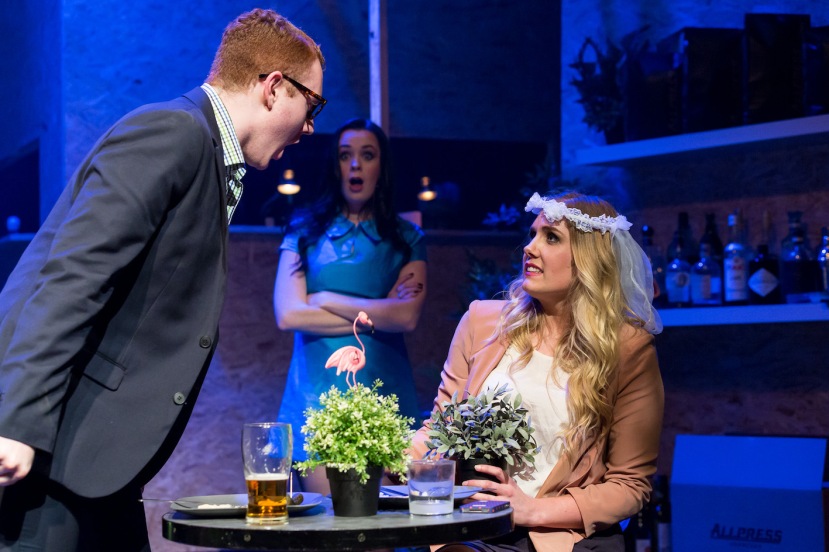 Bryn Cullen’s lighting design adds to the ambience of the café setting. Although many of the breakout moments of the inner voices are clearly highlighted, there are a few too many times when cast members sing a line or two in virtual darkness. Sound design, not credited in the program, also experiences some challenges in having all lyrics distinctly heard.

While the show gets off to a bit of a slow start, director Mark Taylor ramps up the interest as the ever-increasing influence of the lead pair’s inner voices exerts mounting pressure on their decisions. There is a perky, engaging performance energy but this does not overpower the natural feel of the scenario. Joel Anderson’s well-integrated choreography also contributes to the effervescent vibe.

Fresh VCA graduate Jordon Mahar is a character actor at an age when most graduates play traditional romantic leads. The role of straight-laced banker Aaron is an ideal fit for Mahar’s considerable talents, and he is particularly convincing in drawing the audience closer as Aaron’s protective walls come tumbling down. The character’s two emotional high points come when he answers the letter of his deceased mother, in “The Things I Never Said,” and when he releases a diatribe of resentment on his ex-girlfriend in “In Love With You.” Mahar nails these moments, and maintains a likeable, non-clichéd character throughout.

Casey begins with a sullen tone and prickly manner, but rising talent Rebecca Hetherington allows the audience to see the character’s gradual thawing towards Aaron as the evening progresses. Explaining why she only dates bad boys, Casey stops the show with soaring ballad “Safer,” in which Hetherington displays a sensational belt in her singing voice.

Each of the supporting cast has a number of moments to shine, and their vivacious skill adds significantly to enjoyment of the show.

Nicole Melloy provides a hilariously quirky physicalisation of Grandma Ida, and provides strong support as Casey’s relentless sister Lauren. Adam Porter shines as Casey’s best friend Reggie, who performs his loyal duty of ringing to give her a chance to bail out of the date. 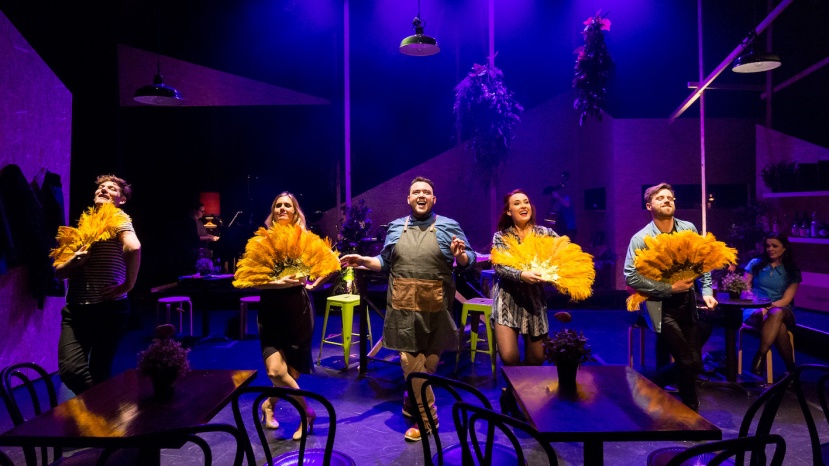 The local premiere of a Broadway musical is always a welcome event for music theatre lovers. First Date is a enjoyable addition to Melbourne’s current theatre calendar.

First Date plays at Chapel off Chapel, Melbourne until 11 September 2016.