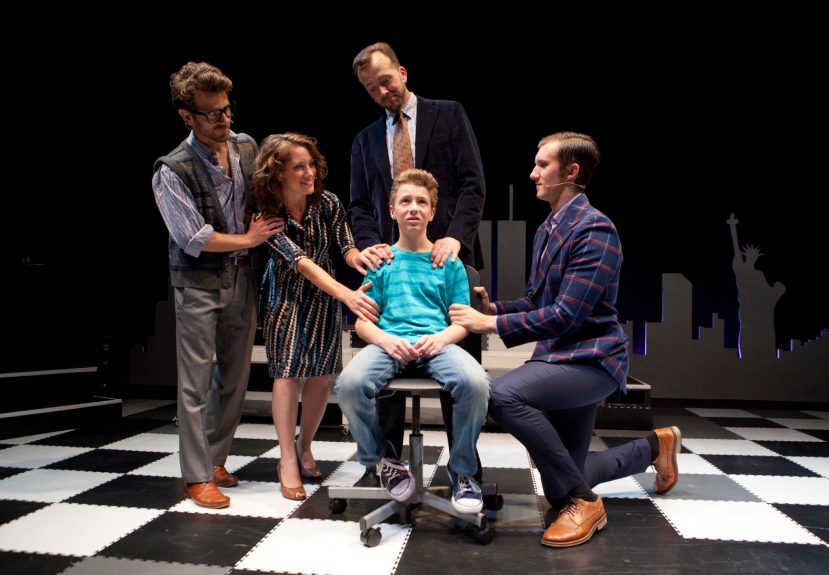 The musical known as Falsettos is actually the combination of two one-act musicals, March of the Falsettos and Falsettoland, which are set two years apart but were written nine years apart. (There is also a first act in the trilogy, In Trousers, which is rarely produced.)

March of the Falsettos concisely and creatively explores the fallout of Marvin having left his wife Trina and son Jason for a young man named Whizzer. A romantic relationship develops between Trina and psychiatrist Mendel, while Marvin and Whizzer’s relationship crumbles. Set in the early 1980s, Falsettoland sees Marvin and Whizzer reunite under the spectre of the ferocious new condition that is killing gay men.

Falsettos is in expert hands with Tyran Parke as director. Parke’s exacting approach sees every lyric wrung for full meaning. In place of dialogue scenes to conveniently impart exposition, Parke respects the intelligence of the audience and loads performance of the lyrics with all the backstory, subtext and motivation required to round out the multifaceted characters. The success of this intense focus on the work itself is far more valuable than any further production elements that may have been afforded with a higher budget.

While the oomph and colour of the full orchestrations is missed, musical director David Butler pulls off a miracle with his accompaniment on grand piano. Positioned out of the line of sight of the performers, Butler’s intuitive, highly supportive work results in an impeccable performance of the deceptively fiendish score.

In a clever touch, Butler and Parke introduce handheld instruments for the four males in act one’s “March of the Falsettos,” which provide a link to act two when they are seen and heard in the brief musical entr’acte. 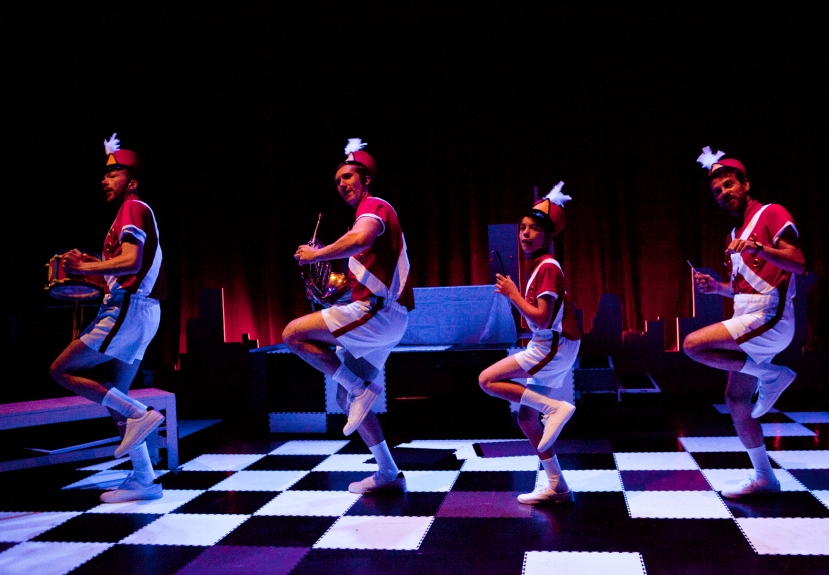 Parke celebrates the chamber musical concept in act one by keeping all five characters on stage for much of the time. The show receives an inbuilt lift in energy in act two when two new characters join the ensemble cast. The “lesbians from next door” balance out the couples to a neat combination of two men, two women and a man and woman. The evening is at its peak in electric act two scenes that feature the interaction of all seven characters. Finally, Parke delivers an inventive coup de théâtre for the story’s tragic climax, balancing an emotional punch with a very neat piece of staging.

Set designer Daniel Harvey takes his cue from Jason, Marvin and Whizzer’s act one focus on chess. Corresponding to the questionable aspects of morality in the tale, grey squares are also included amongst the black and white tiles. A few simple pieces of furniture are all that is needed to represent the various locations on the ever-flowing story.

Somewhat less successful is Meredith Cooney, who only manages period looks for approximately half the costumes.

There are always difficulties and impediments behind the scenes in mounting a short-run season, but give that there was a preview performance the night before, it was disappointing for all involved that designer Tom Davies did not have the lighting on opening night. Davies seemed to be changing lighting on the fly, but too often actors were dimly lit (or, worse, in the dark) when their full expression needed to be seen. This situation is sure to improve as the season progresses.

A highlight of the casting is the uniformly strong vocals, with each performer confidently adept with harmonies, rhythm, and all-important diction. Marcello Lo Ricco’s reliably pristine sound design is a boon given the level of detail to be gleaned from the lyrics.

Don Winsor provides a steadfast anchor in the central role of Marvin. If Windsor’s performance as an assertive alpha male is slightly lacking in magnetism, he makes up for this with a surfeit of tenderness and compassion.

Sam Ward brings a level of sweetness and sincerity to the caddish Whizzer, creating a likable character. Ward and Winsor’s chemistry is a little slow to develop, but Marvin’s gorgeous act two ballad “What More Can I Say?,” crooned to Whizzer as he sleeps snuggled against Marvin, is a moment of pure beauty. 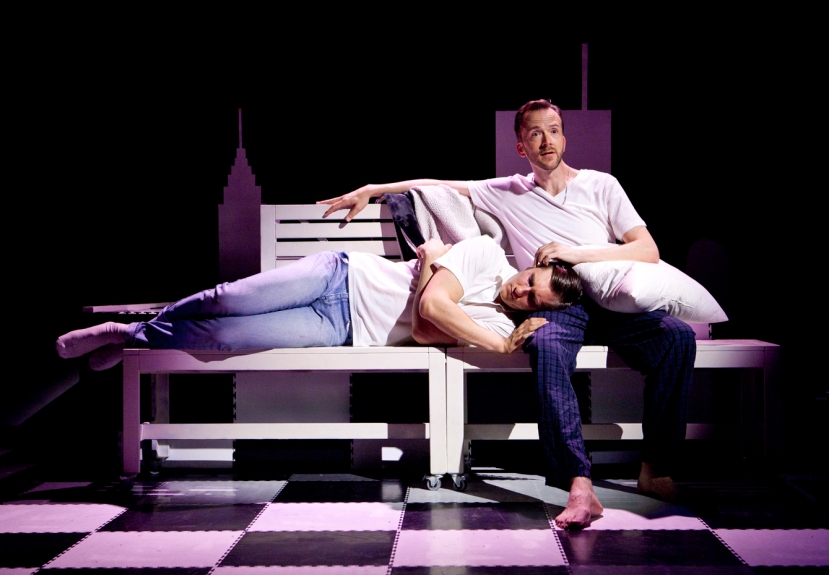 Sarah Shahinian conveys the manic frustration of Trina without overplaying her hand, allowing fleeting shadows of pain and disappointment to pass subtly across her face without drawing undue attention. “I’m Breaking Down” is up there with “Rose’s Turn” in all-time great female musical theatre ballads, and it is to Shahinian’s credit that she allows the song to speak for itself without overdramatising her performance. In act two, as Trina copes with Jason’s prevarication about his bar mitzvah, Shahinian’s performance is all the more affecting for its naturalism.

Nick Simpson-Deeks again shows himself to be one of our most under-rated musical theatre actors. Blessed with arguably the best singing voice in the cast, Simpson-Deeks deftly balances verbal and physical humour with understated pathos, elevating Mendel to a more significant character, and one that the audience can readily relate to and connect with. 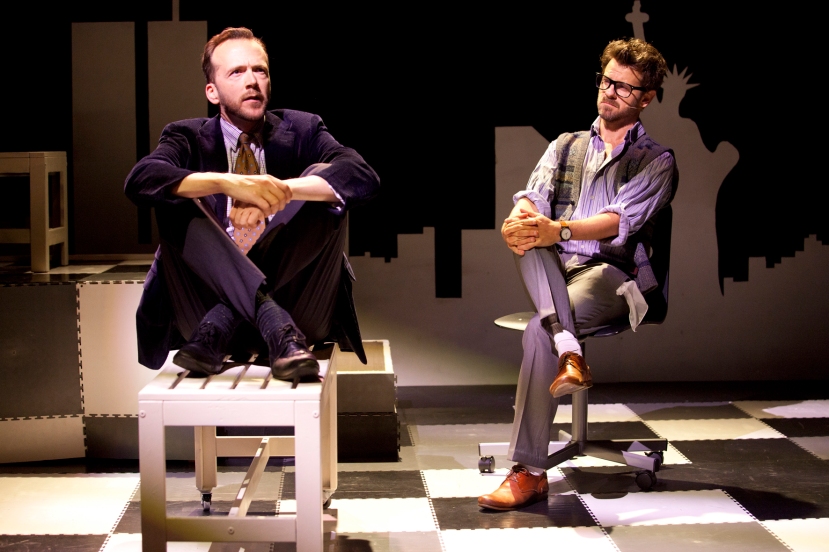 Although only fourteen years of age, this is already the fifth production in which Man in Chair has seen Ben Jason-Easton (including mentions in reviews here and here). Blessed with astute emotional intelligence, Jason-Easton more than capably conveys the full spectrum of feelings Jason experiences in his arc in each of the two acts. Jason-Easton performs with utter confidence alongside his adult co-stars, displaying natural and well-honed talents that portend a long future on the stage. 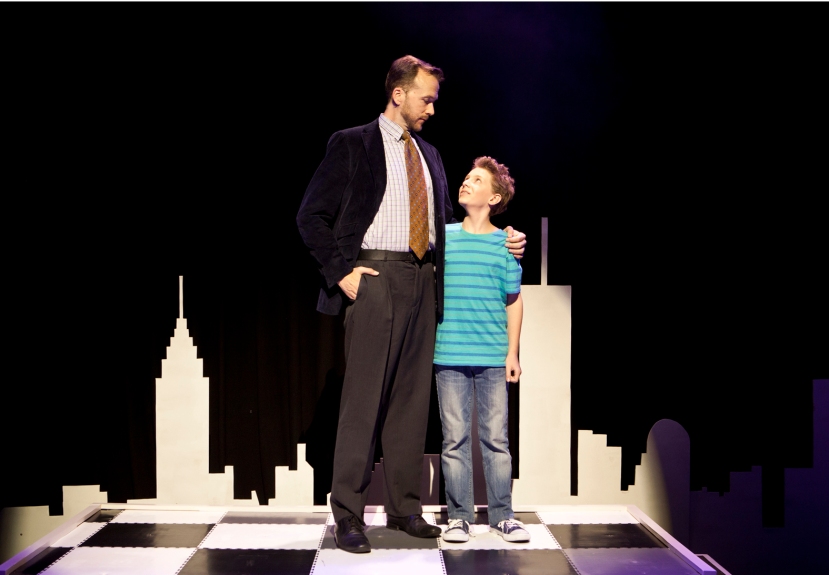 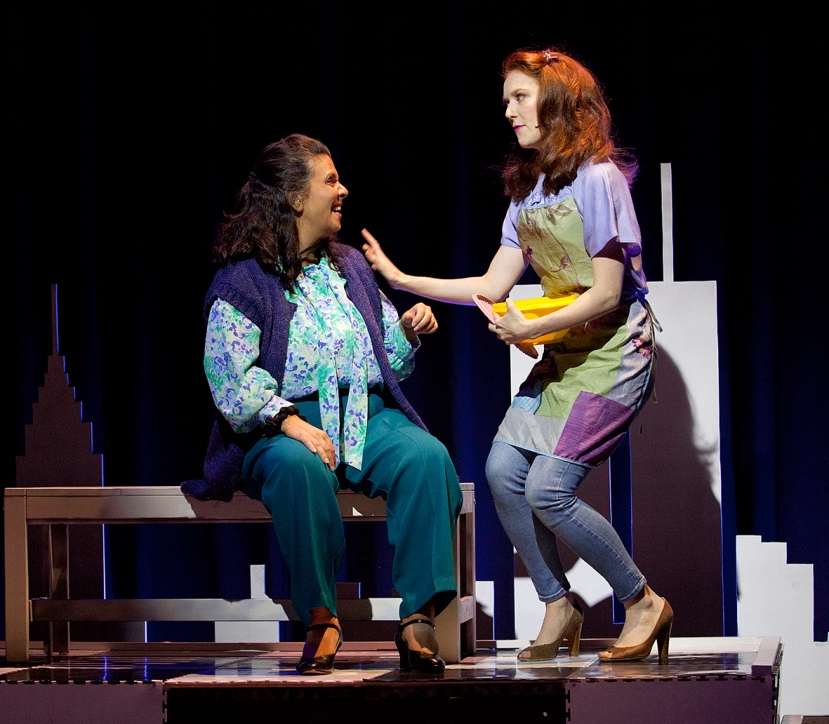 Long time lovers of Falsettos will appreciate the chance to see the show on stage again, while the musical’s unique quality is sure to also win new fans.

Falsettos plays at Chapel off Chapel, Melbourne until 11 February 2018.