In which Man in Chair keeps the secrets.

Melbourne takes its place in the international spotlight with characteristic flair as the cosmopolitan city hosts the world’s third production of theatrical phenomenon Harry Potter and the Cursed Child. 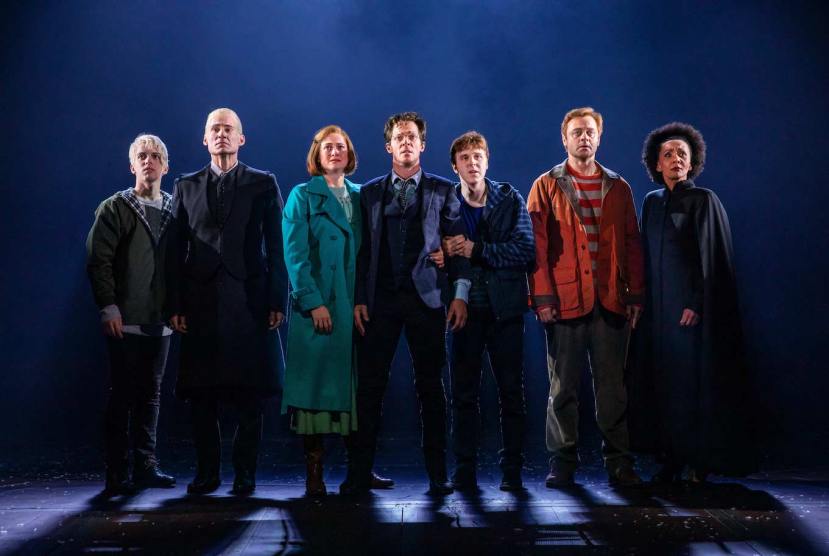 The epic two-part play both continues and pays homage to J.K. Rowling’s Potterverse, focusing on the next generation of budding wizards and witches at Hogwarts as well as including a generous sprinkling of iconic characters along the way. Far from a mere indulgence in nostalgia, or, worse, a cynical money grab, Harry Potter and the Cursed Child is a compelling, amusing, intriguing and affecting play, featuring ingeniously creative staging that surpasses what could previously be described as world class.

Part of the preparation for the Melbourne premiere of Harry Potter and the Cursed Child has been a spectacular refurbishment of the landmark Princess Theatre. Inside, the auditorium sports comfortable new red velvet seats, plush red and gold Potter carpet and newly painted dark blue walls. Stained glass windows on the Juliet boxes play a role in the show at one point. The theatre’s exterior looks grander than ever, with gold leaf highlights and new lights ensuring the theatre looks gorgeous day and night.

The delightfully fantastical story, credited to Rowling, director John Tiffany and playwright Jack Thorne, is bolstered by real humanity, with both fatherhood and friendship as central themes. While Potterheads will get the biggest kick from this lavish return to the wizarding world, even muggles without full knowledge of the realm will enjoy the play in its own right.

There is only one scene in Harry Potter and the Cursed Child that can be discussed in a review, and that is because we have already read/seen it. The play opens with the epilogue of the final novel/movie: couples Harry Potter and Ginny Weasley and Ron Weasley and Hermione Granger arrive at Kings Cross Platform 9¾ to see off Albus Potter, second son of Harry and Ginny, and Rose Granger-Weasley for their first year at Hogwarts.

On board the Hogwarts Express, a nervous Albus is charmed by the heightened awkwardness of Scorpius Malfoy, son of Harry’s perennial frenemy Draco Malfoy. The early years fly by, and soon the new friends are in fourth year and ready to engage in a fraught yet noble mission that goes horribly awry. Part One ends on a bone chilling twist; Part Two sees this through, before mounting a mighty showdown in the final act.

Thorne’s script contains humour that seems particularly well attuned to an Australian sense of humour. Stakes are high, and the characteristic gravity with which characters discuss both mythology and new developments remains deliciously intense. Tiffany’s direction balances dazzling pace with potent stillness. Characters are vividly drawn, with the central heroes grounded sufficiently in reality to engage audience empathy with ease. 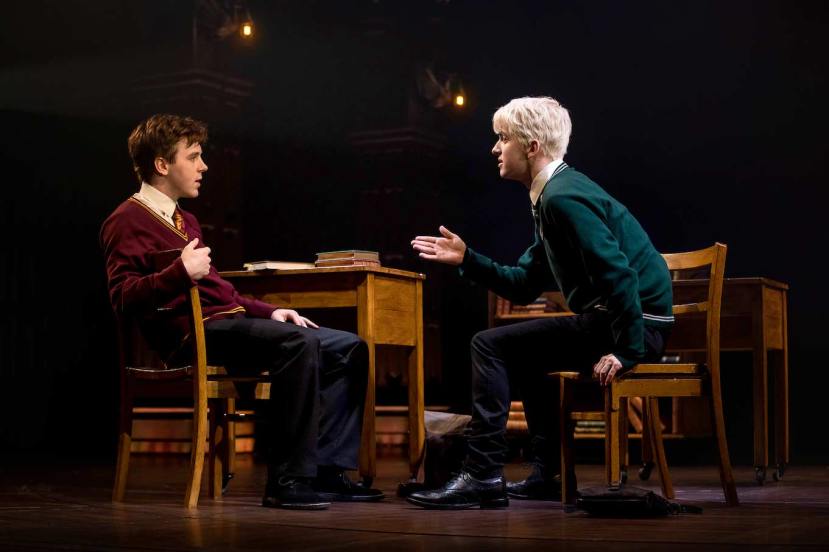 Set designer Christine Jones takes inspiration from the Kings Cross opening scene and frames the stage with soaring industrial arches. While the single setting remains, hidden elements emerge as the story unfolds. Many sets and props, including a thrilling train-top showdown, are craftily created from suitcases.

Katrina Lindsay’s characterful costumes complement the dark tones of the setting, with both Jones and Lindsay sharing a tight palette of muted composite colours. While the use of a single signature costume for the adult leads makes sense to aid audience identification in a large theatre, it is somewhat odd that these people do not change their clothes as the years pass by.

Given the single setting, not to mention the proliferation of illusions and magical effects, Neil Austin’s extraordinary lighting design is crucial to the play’s success. Sound design is also at a premium; Gareth Fry not only deftly balances music and sound effects but also, most impressively, keeps the actors’ voices sounding completely natural, as though they are simply projecting directly from the stage.

One of the staging’s most unique aspects is the ever-flowing scene changes, which are a synergistic blend of movement, costume, light, sound and music. Lindsay has supplied sumptuous capes, which are swooshed overhead in tight beams of light as props are planted with sharp precision. Movement director Steven Hoggett has created a choreographic vocabulary that is a joy to behold, making excellent use of Imogen Heap’s atmospheric score.

Any danger of story and stage magic overshadowing the cast members is set aside by Thorne’s meaty script, Tiffany’s dynamic direction and a superb set of local actors.

Given that the actors playing Harry and Ron look exactly like the way the movie characters would as adults, the casting of Paula Arundell as Hermione Granger is viewed as colour blind casting, a practice that is exceptionally well established on the London stage. That said, there is no question that Arundell is an exceptional actor. Her performance captures Hermione’s bristling indignation, unflappable self-righteousness, heightened intelligence and impassioned sense of justice.

Madeleine Jones plays the new role of Delphi Diggory, bringing a wide-eyed sweetness that keeps the audience guessing as to the character’s true importance.

In key roles that will not be named here, Debra Lawrence brings abundant warmth, Gillian Cosgriff is appealingly high-spirited, Hannah Waterman is wonderfully wicked and Soren Jensen is nobly serious.

Any reviewer will be well aware that die-hard Harry Potter fans will require no convincing that Harry Potter and the Cursed Child is a must-see theatrical event. Theatregoers who are able to work their magic and acquire a ticket are assured that the play is meticulously, ingeniously and lovingly produced to the highest standard. 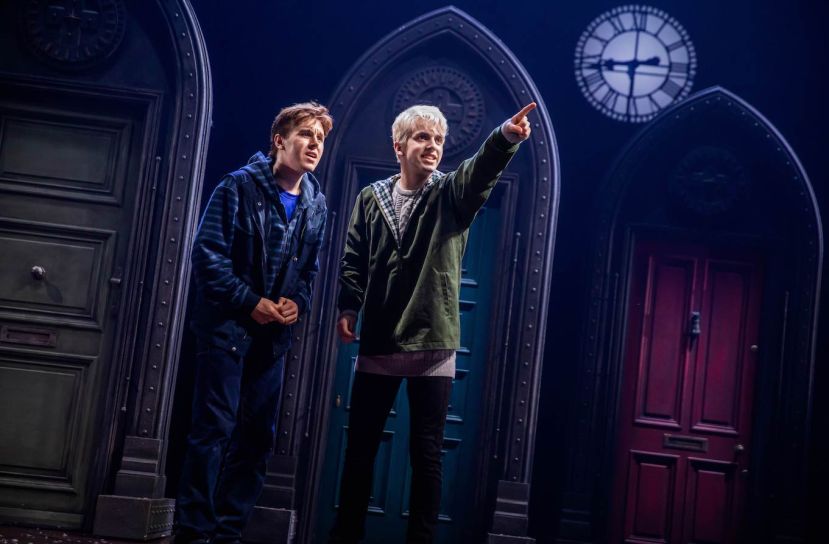 Harry Potter and the Cursed Child plays at Princess Theatre, Melbourne where is set to remain for a very, very long time.

Man in Chair reviewed the original London production of Harry Potter and the Cursed Child.

For one more photo, scroll down…