A fringe show juxtaposed into a mainstream season, Lazarus trades the safe for the surreal, presenting David Bowie’s cherished music in a decidedly enigmatic experience. 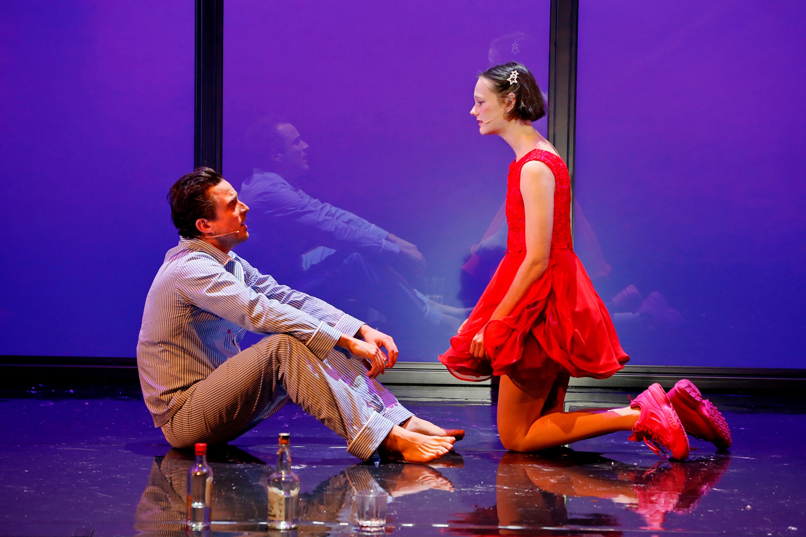 Beginning their 21st year, The Production Company makes a bold departure from traditional fare, supporting the rather radical choice of musical with an almost entirely new creative team. The gamble pays off in regard to the striking quality of the staging, a standard matched by the extraordinary cast.

Enjoyment of Lazarus will largely depend upon an audience member’s relationship to the music of Bowie. Musical director Jethro Woodward joins just seven fellow musicians in The Production Company Orchestra to create a rich, full sound, beautifully enlivened by saxophone and trombone. With equally strong vocals from the cast of 11, lovers of Bowie’s music will thrill to the pristine musical performance.

Authorship of Lazarus is simply credited as “by David Bowie and Enda Walsh.” While it is clear that Bowie had input into the scenario, which centres upon a concept that was close to his heart, the book for the musical is by Irish playwright Enda Walsh. Inspired by the Walter Tevis novel The Man Who Fell To Earth, Lazarus presents Thomas James Newton as a mysteriously reclusive New Yorker, a wealthy man who exists on an endless supply of gin and twinkies. Alternately fearing that he cannot die or that he cannot return to his planet, Newton is tended by new personal assistant Elly and haunted by visions of past love Marylou.

Walsh’s dialogue contains snippets of narrative, but the moment one grasps upon some sort of cohesion, the scenario turns again, leaving linear storytelling behind. The only choice for an audience is to surrender to the experience and enjoy the talent and creativity on display.

Director Michael Kantor embraces the surreal nature of Lazarus, crafting an immersive trip that is high on visual and aural stimulation. The deftly integrated production indicates a very high level of collaboration between members of the creative team to fulfil Kantor’s vision. Likewise, the actors commit to the truth within the absurdity, their focused performances lending a sense of the compelling that would usually come from identifiable characters and traditional storytelling.

The staging benefits from an impressive wall of 14 vertical screens, which can individually display crisp projections but can also be transparent or frosted. Top marks to technical director David Miller for making this technology look simple. The inventive, captivating projections that run throughout the musical are credited to film director Natasha Pincus. The combination of the band overhead upstage, the screens and the other scenic elements, designed by Anna Cordingley, creates a polished stage picture that looks every bit a full production rather than the “concert” vibe long utilised by The Production Company.

The ensemble cast members portray a dazzling series of looks, supported by the imaginative costume designs by Cordingley and stunning wigs by Trent Whitmore. Choreographer du jour Stephanie Lake contributes a modern dance vocabulary, well suited to the style of the musical and expertly performed by the talented ensemble cast members.

Chris Ryan proves a noble leading man, imbuing Newton with neatly underplayed mysticism and weary defeat. Ryan’s handsome everyman appearance helps the audience to latch on to the musical’s unusual content and become involved in the action. Ryan sings with an attractive natural timbre that is a strong fit for Bowie’s sound. 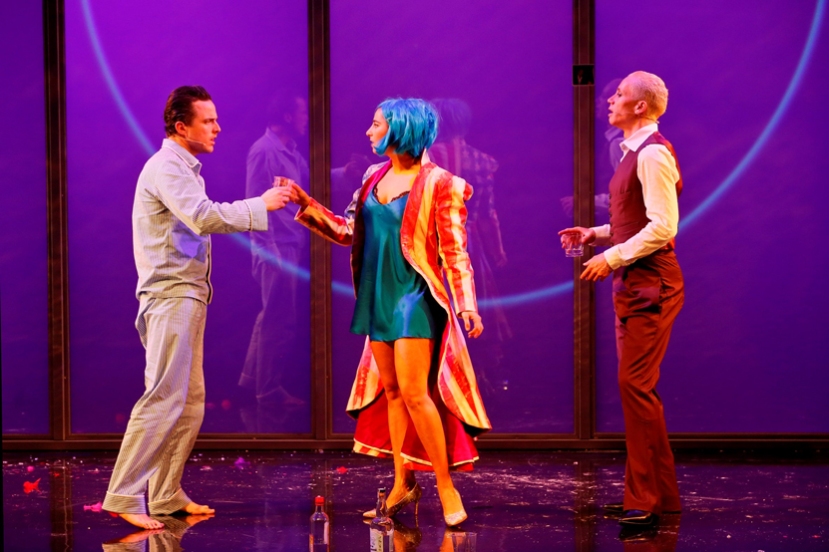 A fascinating singing actress who is increasingly amassing an impressive body of work, Phoebe Panaretos brings a distinctly feminine presence to frazzled PA Elly, a young woman increasingly torn between the relative stability of her marriage and the exotic allure of the reclusive Newton. Panaretos delivers killer vocals, and moves with captivating style.

Making a welcome return to The Production Company, young Melbourne actress Emily Milledge gives an intriguing performance as the mysterious figure known as Girl. Quite possibly an aberration in Newton’s delirious mind, the role of Girl is given extra weight due to Milledge’s steely focus.

In a terrific breakout performance, young musical theatre performer Josh Gates steps out of the chorus and into a featured role with great flair. A hypnotic dancer, Gates reveals an exciting light rock tenor voice when he sings “All The Young Dudes” as Ben. 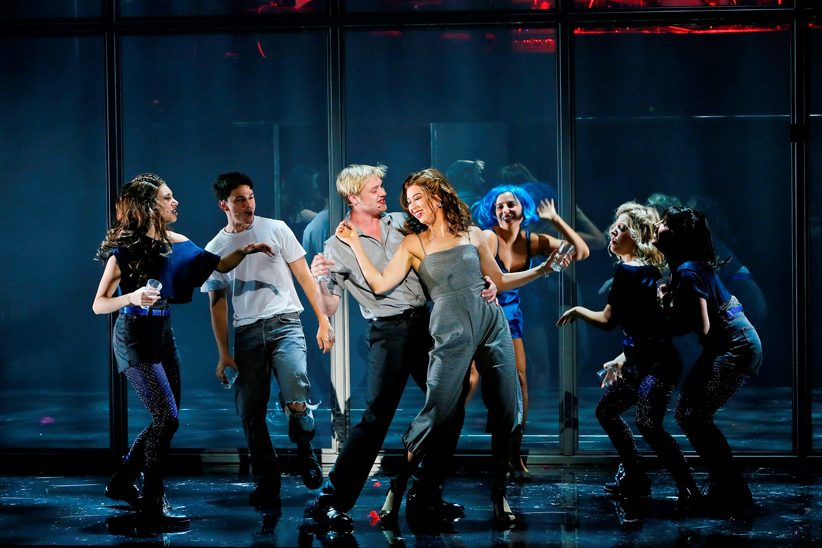 In the thankless role of Michael, past friend of Newton, Mike McLeish gives solid support, singing with well-judged rock tone and expression.

The ensemble cast is filled out by Mat Verevis, Baylie Carson, Jessie Monk, Kaori Maeda-Judge and Jessica Vellucci, each contributing a mix of smooth vocals, sharp dancing and characterful presence.

Lazarus is unlikely to appeal to lovers of traditional musical theatre, but for those seeking theatre with an edge the production more than lives up to its tantalising promise.

Man in Chair reviewed the London production of Lazarus in 2017.